British boxer Anthony Joshua says he would "definitely be bothered" if his world heavyweight title fight with Andy Ruiz Jr was being used to 'sportswash' human rights abuses in Saudi Arabia. 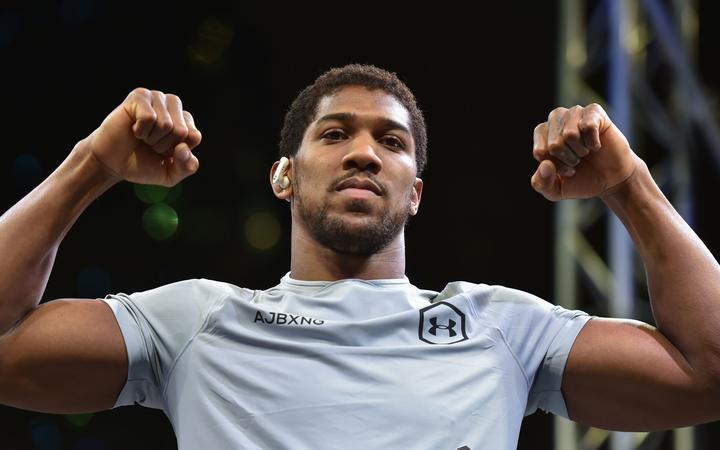 Joshua is trying to reclaim three of the heavyweight world titles he lost to Ruiz in June by beating the American on Sunday morning in Diriyah.

Human Rights campaigners have criticised the fight's location and urged Joshua to "speak out" about issues in the country.

"In the future maybe I can bear a different kind of flag," Joshua said.

"But at the minute it's a world championship flag. I just want to do a job."

Joshua's promoter Eddie Hearn, who is also the promoter New Zealand heavyweight Joseph Parker, has openly stated that a huge financial commitment by Saudi's General Sports Authority (GSA) left little option but to stage the bout in the kingdom.

Joshua, who holds ambassador posts with several high-profile brands and who works closely with a number of charities, told the BBC that fighting in Saudi did not "necessarily" detract from his image as a role model.

Asked how he would feel if the event was part of a move to 'sportswash' over wrongdoing, he said: "If that was the case I would definitely have to say I would be bothered - but my only focus is the boxing.

"I feel like taking boxing globally is what a world champion should be doing. You fight around the world."

Joshua was also asked if his status as a role model may be undermined by fighting in the country.

"Not necessarily," he said. "I just came here for the boxing opportunity. I look around and everyone seems pretty happy and chilled. I've not seen anyone in a negative light out here, everyone seems to be having a good time.

"As an individual I try to bring positivity and light everywhere I go. I'm just seeing it from my eyes alone but for sure the country in itself is trying to do a good job politically.

"For the sporting side of things, I just feel I've got a fight to focus on." 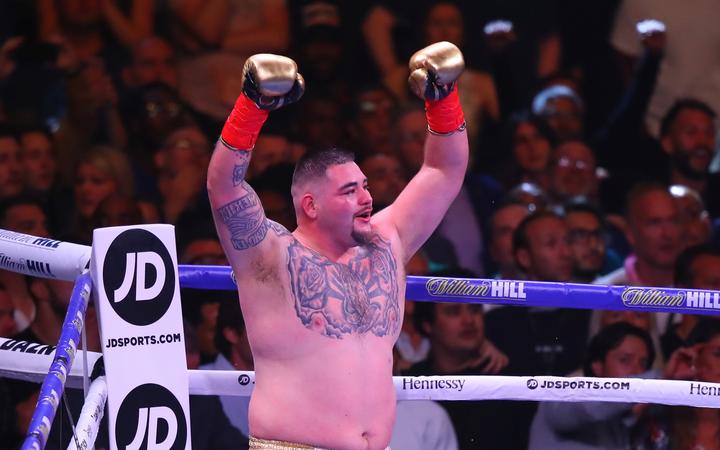 The move to stage high-level sport in Saudi Arabia forms part of a wider strategy - known as Vision 2030 - that seeks to improve how the country is viewed and progressively move it away from its oil-dependent economy.

Formula E, golf's European Tour and World Wrestling Entertainment have moved to hold events in the country, while a number of pop stars have staged concerts.

Campaigners say sport is being used as a soft power by the Saudi government to hide long-standing issues including women's rights abuses, the treatment of the LGBT community and the restriction of free speech.

Promoter Hearn insists Saudi involvement is "here to stay in boxing" but he has repeatedly referenced the fact other sporting institutions have worked in the country, while well-known brands found on UK high streets are also open to business in the capital city Riyadh.

Asked whether money was influential in Joshua's decision, Hearn replied: "Of course.

"There are so many hypocrites. You're here covering the event, why? Because you want as many eyeballs on the BBC website or news piece as possible.

"No individual, journalist or media outlet can possibly tell a fighter where they can or can't go to earn money in a sport like this.

"We can't be seen to be endorsing anything other than our job to provide life-changing opportunities for our clients who take part in one of the most barbaric and dangerous sport that exists.

"If we don't get on board then someone else will anyway." 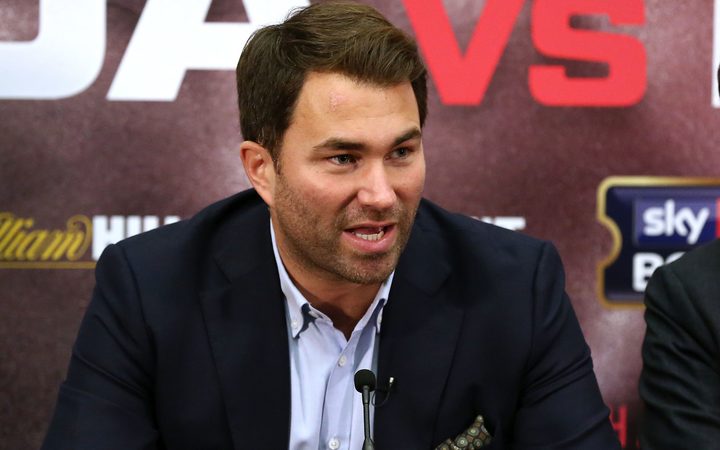 'A win would top everything' - Joshua

Joshua has freely fielded questions on the politics around what is a critical fight in his career following his shock loss to Ruiz in New York in June.

He explains his first professional loss has left "scar tissue" but says it taught him to "never lose grip of your goals".

Asked whether victory at Diriyah Arena on Saturday would therefore top his list of achievements he replied: "Yes, this would be number one. There are now doubters.

"I feel like I belong here so it's not like it's something I am chasing. It's just a quest for greatness in myself.

"How much do I want it? A whole heap. But not to prove anything to anyone, just to prove it to myself. When I win, I am not going to be too surprised as I believe this is my destiny and I belong in this position."

Joshua and Ruiz will walk to the ring at around 9.30am NZT for a controversial and highly anticipated rematch.