A significant turnaround in the declining number of young New Zealanders playing sport could be less than a decade away. 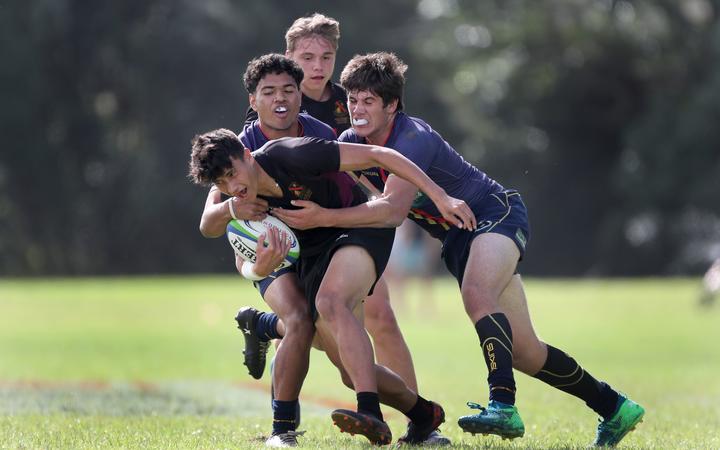 Many codes in the country, including some of the most prominent, have been grappling with falling playing numbers, particularly at the youth levels.

In September, Sport New Zealand and the national bodies for rugby, netball, cricket, football and hockey pledged to take emphasis away from winning and specialisation, and place it on fun and development.

A similar approach was launched by USA Ice Hockey 10 years ago and has proven a huge success.

The technical director behind that programme, Ken Martel is in New Zealand to speak to Kiwi administrators and coaches about his organisation's experience.

He said their change in direction had undoubtedly been the right move.

"We're having increased participation, increased retention and an unbelievable throughput to the highest level of our sport.

"The breadth and depth of the player pool at the elite level for us has grown dramatically. There's no doubt why that's happened is because we've gone down this path."

USA Ice Hockey implemented their programme in 2008 after becoming concerned about an alarming decline in playing numbers at the male youth level.

Research in the area set the foundation for the direction of the model and within two years significant change was being noticed.

From 2011 to 2016, total participation for kids 6-12 years grew 23 percent for ice hockey as youth numbers for other major sports in the country continued to drop.

Martel said it hadn't been just about putting a focus on fun, but also encouraging younger players to avoid specialisation.

"At the elite level, all of our players were multi sport athletes.

"At some point you have to kind of take a step back and go, well, 'the people that are telling me to specialise, that's not how all the elite players turned out'."

The changes experienced by USA Ice Hockey, of course, have come in a country with a much larger population and in a sport with only a minor presence in New Zealand.

But Martel was confident major sports here would not only benefit in similar ways, but also over a shorter time period.

"This will actually be easier to operate in this structure [here] and make these changes because you're a great sporting nation and you're nimble enough because of your size to actually affect change.

"Maybe even faster than other countries [because] sometimes our strength [in the US] in terms of population is also our weakness."

Martel spoke with several of the major national sporting organisations on Tuesday and will spend one-on-one time with some of those bodies this week before speaking to 200 sports leaders from around the country in Auckland on Friday.