Nathan Lyon grabbed five wickets to spin Australia to an emphatic innings and 48-run victory in the second test against Pakistan as the hosts swept the series 2-0. 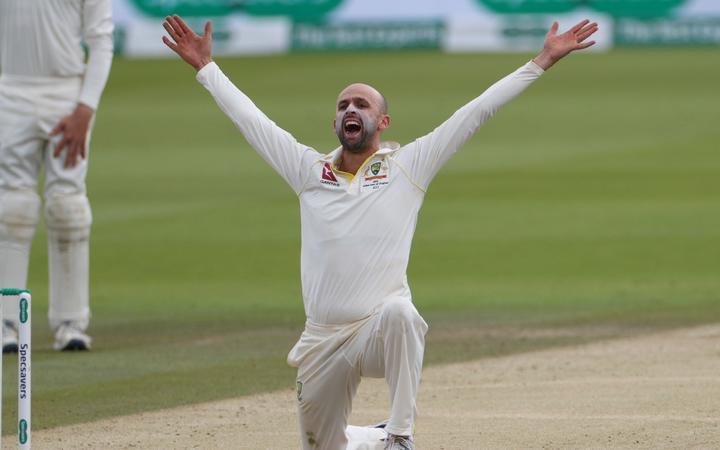 Asked to follow on, Pakistan's batsmen battled hard at Adelaide Oval to make Australia bat again but were bowled out for 239 shortly after the dinner break on day four in the day-night test.

Four years after sweeping Misbah-ul-Haq's Pakistan 3-0, Australia maintained their perfect record against the south Asians on home soil and continued their recent good form in tests since retaining the Ashes in England.

"Really happy," said Australia skipper Tim Paine, whose team thrashed Azhar Ali's side by an innings and five runs in the Brisbane opener.

"Probably barring a few slip-ups yesterday in the field I think we've played some fantastic cricket over the last two test matches.

"We came back from England, we felt we were getting better all the time and it was really pleasing to get the results to start the summer."

Australia, who next face New Zealand in a three-test home series, earned a maximum 120 points in the ICC World Test Championship to shore up second place behind India.

Pakistan were punished for bringing a rookie attack of teenage pace bowlers to Australia and depart the country with queries over the captaincy of new skipper Azhar and the guidance of selector-coach Misbah after being comprehensively outplayed.

"Obviously, it's always hard coming to Australia and beating the Australians here but I think we've been beaten by a better side," Azhar said.

"It didn't go really well this time around but I'm very positive for the future. The bowlers and myself will learn a lot from here and will try to make things better."

Denied a wicket in Pakistan's first-innings 302 despite bowling some good spells, Lyon enjoyed belated rewards on day four after the tourists resumed on 39 for three, and finished with innings-best figures of 5-69.

He smashed through Pakistan's defences on a docile pitch, removing opener Shaan Masood and middle-order batsman Asad Shafiq before tea after both scored defiant half-centuries.

With Iftikhar, Pakistan's last specialist batsman, gone it was only a matter of time for the touring side.

Yasir Shah was unable to repeat his first-innings heroics when he scored an unlikely ton. He fell for 13 when trapped lbw by Lyon and threw away a referral trying to overturn the decision.

A comical mix-up between tail-enders saw Pat Cummins run out Mohammad Abbas for the final wicket to wrap up the match.

While Lyon enjoyed the spoils on day four, the match belonged to opener David Warner, who scored an unbeaten 335 to drive Australia to a mammoth first-innings total of 589 for three.

Having made 154 in the first test in Brisbane, he was awarded both man of the match and of the series.

"I am very happy we didn't have to bat again," Warner quipped. "Obviously, winning by an innings two games in a row doesn't really happen too often. Just an exceptional effort by the boys."

Australia's left-arm paceman Mitchell Starc finished with seven wickets to match his seven at Brisbane in an electric return to form after playing only a cameo in the Ashes.

He leaves Adelaide with an injury doubt, however, after rolling his ankle.

The Australian squad to play New Zealand will be named today with the first Test in Perth next week.