The Wellington Phoenix have picked up their second straight win of the A-League season, and their first away victory, beating Adelaide United 2-1 in Adelaide. 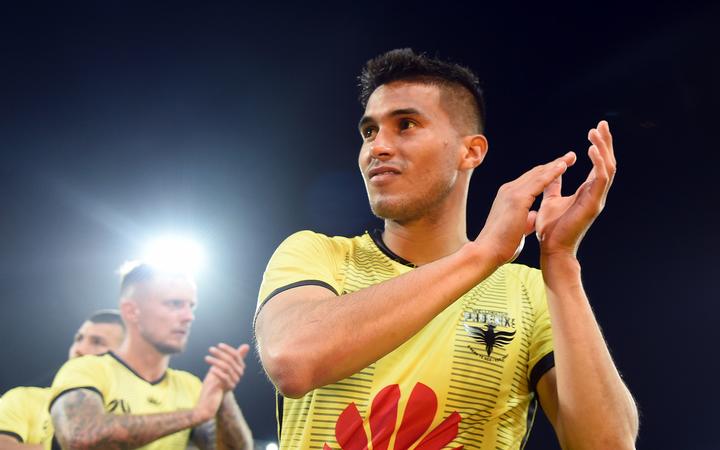 The win put an end to Adelaide's four match winning streak and breaks a spell of 11 straight losses to Adelaide prior to this game, dating all the way back to November 2015.

At the start of the match, both teams paid tribute to former Socceroo's coach Pim Verbeek, with a minute's silence observed at Cooper Stadium and both players and coaches wearing black armbands.

The Phoenix were awarded a penalty by referee Adam Fielding on the half hour when Michael Jackobsen fouled Jaushua Sotirio, but it was correctly overruled and a free kick given on the edge of the area.

The Reds took the lead just before the hour courtesy of a sublime volley from Nikola Mileusnic, before two goals in four minutes from the visitors helped them to a first win in Adelaide since 2014.

Wellington were awarded a second penalty three minutes later but this time, the VAR upheld the decision after George Blackwood was judged to have pulled back Liberato Caceace.

Ulises Davila stepped up and slotted the spot kick to put the visitors in front.

The result moves Wellington up to ninth with seven points while Adelaide remain in third on 12.

Ufuk Talay gave his side a good rating.

"I think the way we set up, the way we play is very promising - it takes time for players to gel and it's all coming to fruition now. We came in here with our game plan of getting the three points, and the boys executed that plan."