Latest - World champions Grace Prendergast and Kerri Gowler, who won gold in the pair and eight, have been named World Rowing's female crew of the year. 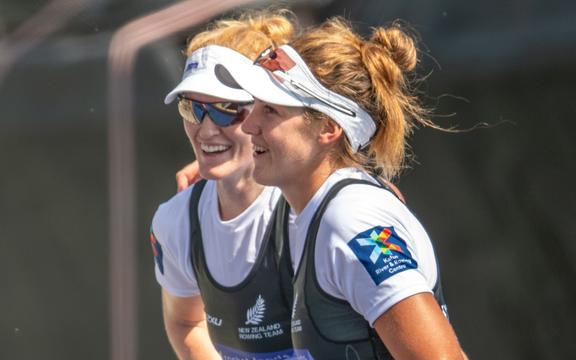 Their coach, Gary Hay, was named coach of the year at the World Rowing awards dinner in London overnight.

Prendergast and Gowler also won two golds and a silver during their World Cup campaign leading into the world championships.

Prendergast said the award came as something of a surprise.

"I'm really honoured to receive the award, as it's very hard to distinguish the merits of one crew from another."

Gowler was also happy to receive the recognition.

"Grace and I have had an awesome season, and to be given the female crew of the year award is pretty special because women's rowing is so competitive and there are so many great crews."

The duo first sat in a boat together as part of the elite women's eight in 2013, first coming together as a pair at the 2014 rowing NZ trials.

"We clicked straight away and it felt very natural," Prendergast said. "I think pairs either work or they don't and we had a natural ability to row with each other."

Both women are relishing the 2020 campaign and acknowledged the crucial role Hay has played in their success.

"He always keeps things simple and in perspective,'' Prendergast said.

"He never gets wound up over things that don't really matter and always goes out of his way to make sure everything is organised, so we can focus on life on the water."

Warner back to Test cricket best

David Warner scored his first century since returning from his ball-tampering ban to drive Australia to a first-innings lead of 72 runs over Pakistan with nine wickets in hand on the second day of the opening test in Brisbane. 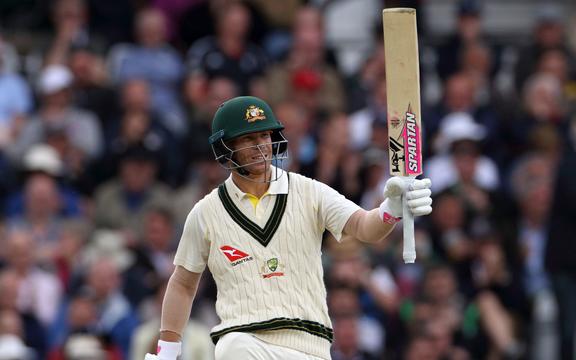 Marnus Labuschagne will also resume on Saturday unbeaten on 55 after notching his sixth test half century, with Steve Smith the next batsman up and the hosts looking to bat their opponents out of the contest on a good Gabba track.

Warner's path to his 22nd century was not entirely smooth and he benefited from a reprieve on 56 when he was caught behind off the bowling of test debutant Naseem Shah.

The 16-year-old schoolboy's celebrations of his maiden test wicket were abruptly curtailed, however, when television pictures showed he had overstepped the mark.

After the 12-month ban and a disappointing Ashes series in England, where Warner managed only 95 runs in 10 innings, it was a more circumspect century, featuring only seven boundaries, than some of those he scored earlier in his career.

Tonga's women's rugby team have been given another opportunity to qualify for the 2021 World Cup after the entire side was withdrawn from the Oceania Rugby women's championship in Fiji and quarantined this week following a measles outbreak.

The outbreak has killed at least six people in Samoa and spread across the Pacific islands, with Tonga's Health Ministry confirming last week there were more than 250 confirmed cases of the disease.

The decision to quarantine the Tonga team was made by Fijian health officials and the World Health Organisation.

The November 18-30 Oceania championship doubled as a qualifying tournament for the World Cup in New Zealand, with the winners advancing directly to the global showpiece. The second-placed team would enter a repechage tournament.

World Rugby, however, said Tonga would now play the third-placed team from the Oceania tournament with the winners of the game advancing to a match against the side finishing second.

The winners of that game would advance to the repechage tournament.

The costs of the additional matches will be covered by World Rugby.

Ishant Sharma and his pace colleagues wreaked havoc with the pink ball to put India in charge of their maiden day-night cricket test against Bangladesh at Eden Gardens in Kolkata.

India's three-pronged pace attack bundled out the tourists for 106 in front of a 60,000-strong crowd which included Bangladesh Prime Minister Sheikh Hasina.

Cheteshwar Pujara and Virat Kohli then smashed fifties as India, 1-0 up heading into the second and final match of the two-test series, finished day one on 174-3, to be course for their 12th consecutive home series victory.

Kohli (59 not out) and his deputy Ajinkya Rahane (23 not out) will return today hoping to bat Bangladesh out of the second and final test and sweep the series.

Bangladesh, who were skittled out inside 31 overs, had to call two concussion substitutes after Liton Das and Nayeem Hasan sustained nasty blows to helmet.

New Zealand athletics legend Sir Peter Snell is recovering at home after passing out while driving near his home in Texas.

The three-times Olympic champion says he passed out while driving earlier this week due to a heart issue.

The 80-year-old was unable to travel to Monte Carlo to be honoured at a World Athletics event.

New Zealand's most experienced bowler Jo Edwards is through to the women's pairs semi-final at the Multi Nations tournament on the Gold Coast. 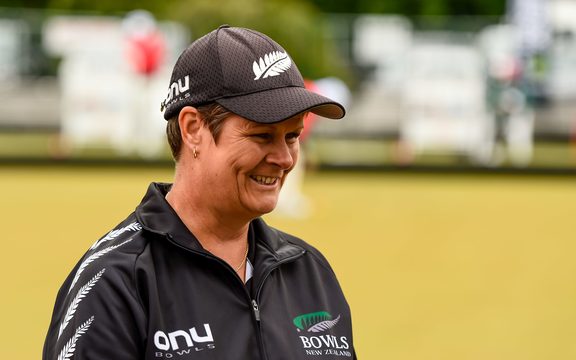 Edwards and Tayla Bruce won all six of their round-robin matches to move into today's play-offs.

Gary Lawson's men's four are still alive in their competition, while the women's triple are assured of a place in the top four.

"We see it the same. A bit of youth and experience. We've got the balance right," Edwards said.

"It's going along pretty good at the moment, we just need to push on tomorrow.

"Winning's a habit and we're going to try and go through unbeaten."

New Zealand drivers down the field

Hartley struggled for speed on the opening day having just had a few laps in the car before his debut event.

There is another race tomorrow.

Pascoe and Hall named Paralympians of the decade

Sophie Pascoe and Adam Hall have been announced as New Zealand's summer and winter Paralympians of the Decade.

This award celebrates the past 10 years of the Paralympic Movement in New Zealand, in what has been its most significant period of growth.

Edward Osei-Nketia, the son of New Zealand's fastest man, has made a big impression on rugby coaches after turning up to a training camp for potential sevens players in Auckland.

Osei-Nketia, the son of 100m national record holder Gus Nketia, attended the development camp being run by New Zealand Rugby (NZR) as part of a programme to entice athletes from other sports into sevens.

"I've never seen an athlete (like him) walk through our doors in rugby. And we probably never will see one again," NZR high performance sevens talent ID manager PJ Williams told Stuff Media.

Osei-Nketia ran for New Zealand in the 100m at the world athletics championships in Doha in September and the 1.90m tall 18-year-old, who weighs 95kg, is concentrating on athletics for the foreseeable future.

While he has no plans to switch to rugby sevens for next year's Tokyo Olympics, longer term he is ruling nothing out.