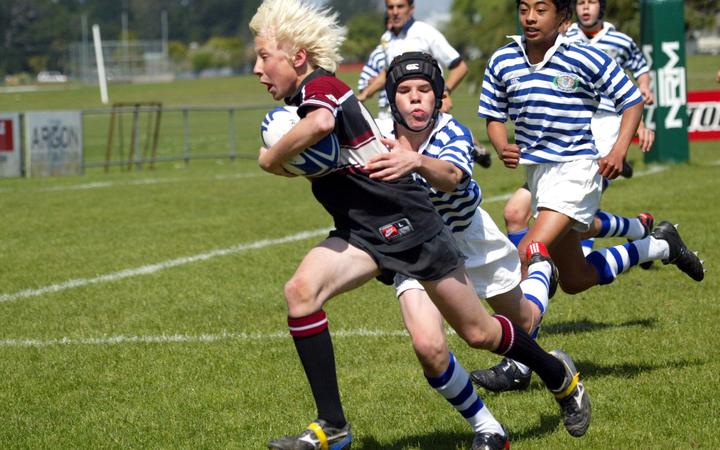 The Roller Mills tournament has been going since 1924. Photo: Photosport

The tournament for primary schools teams in the Auckland province started in 1924 and was the second oldest rugby competition in New Zealand, behind only the Ranfurly Shield.

Former All Blacks including the late Sir Colin Meads, Sir Michael Michael Jones, Grant Fox, and Kieran Read have all played in the tournament.

All Blacks captain Kieran Read is among those to have played in the tournament. Photo: POOL / Photosport NZ

The end of the tournament comes after a decision by the Northern Region Rugby Council to no longer hold representative tournaments for those under 15.

The chairman of the Northern Region Rugby Council, Neil Alton said: "the decision is backed by research showing early selection sends a negative message to young players who still have a number of years to reach their full physical and mental development potential. Rugby is a late specialisation sport"

Alton said two of the nine member provincial unions decided not to participate in Roller Mills in 2019 and many Provincial Unions have developed improved models which have better outcomes for players than the traditional representative team option.

"The Roller Mills Tournament in particular has a proud history and we'd like to acknowledge and thank the many volunteers who have worked tirelessly to deliver the tournament.

"It's our aim to give even more players and coaches a great experience, delivered in a different format, and within their own provincial union and communities," he said.

The tournament was called the Roller Mills tournament after the Northern Roller Milling Company, then a Flour Company in Auckland presented the Shield for inaugural competition.