Latest - New Zealand's Auckland Tuatara club has confirmed the sudden death of one of their star players days out from the start of the Australian National Baseball League.

The logo for the new Auckland team in the Australian baseball competition. Photo: Supplied: Auckland Tuatara

A Tuatara statement said American third baseman Ryan Costello was found dead on Monday morning in his room. Preliminary indications are that he died in his sleep of natural causes.

Costello hailed from the Minnesota Twins' minor league roster and was touted as being one of Auckland's big signings in the ANBL season, beginning on Thursday.

The 23-year-old was selected 31st in the 2017 Major League Baseball draft by the Seattle Mariners and had played since at minor league level with Minnesota.

"The Tuatara express their deepest condolences to Ryan's family back home in the United States and to the whole Minnesota Twins organisation," the Kiwi club said in a statement.

It said teammates at his new club were "naturally devastated" by the news.

Black Ferns star Selica Winiata has been selected to take the next step in her other career as a rugby referee.

New Zealand Rugby has confirmed the 40-Test fullback has been appointed to officiate two rounds of this season's sevens World Series. 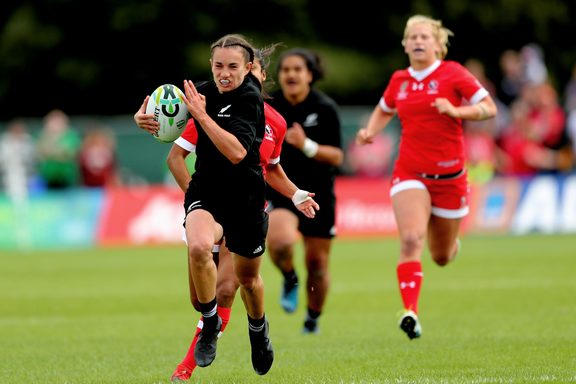 After a promising international debut at the Oceania Sevens tournament in Fiji last week, Winiata will referee at the Dubai event at the beginning of December before heading to Cape Town the following week.

The 33-year-old had originally planned on switching her beloved Manawatu playing shirt for a referee jersey at this year's National Sevens tournament in Tauranga.

However, her appointment to the World Series means she will not feature at the event for the first time in more than a decade.

A police officer in Palmerston North, Winiata was a former member of the New Zealand sevens side herself and is also a World Cup winner with the Black Ferns 15-a-side team.

The Repsol Honda MotoGP team will be a family affair next season after the Japanese manufacturer announced that Alex Marquez was joining as teammate to older brother Marc.

The 23-year-old Spaniard won this year's Moto2 championship, his second title after Moto3 in 2014, while Marc, 26, clinched his sixth MotoGP crown.

Honda Racing Corporation said in a statement that Alex had signed a one-year deal.

The Marquez brothers are not the only siblings lining up on the MotoGP grid, with Spaniards Pol and Aleix Espargaro also competing at KTM and Aprilia respectively, but they will be the only ones in the same team.

New Zealand have knocked Australia off the top of rugby league's world rankings after their 2-0 series triumph over Great Britain.

England, who did not play in 2019 with the return of the Lions, dropped from second to third place in the end-of-year rankings announced by the International Rugby League. 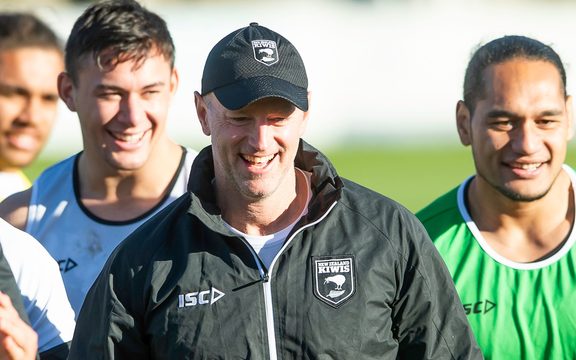 The Kiwis lost three times to England in 2018 but won three of their four matches in 2019.

"This is a great honour and it is good to be recognised but we know that the Kangaroos hold the silverware and that is our ultimate ambition," New Zealand coach Michael Maguire said.

Tonga stay fourth but have narrowed the gap on England after beating Great Britain and Australia, while Papua New Guinea have climbed four places to sixth via Saturday's win over the Lions in Port Moresby.

Rugby League nations do not play each other often.

Jo Edwards has headlined a strong showing from the Black Jacks on day one of the Multi Nations bowls tournament on the Gold Coast. 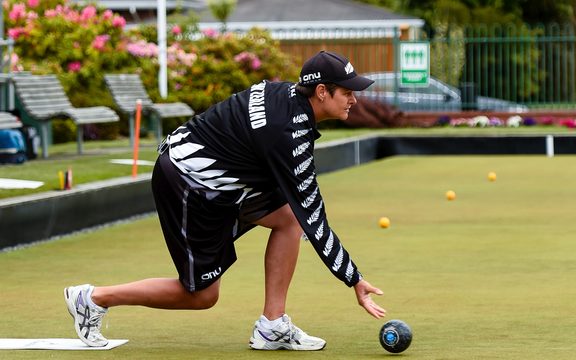 The two-time defending Commonwealth Games champion has won her opening three matches in the women's singles to sit alongside Australia's Kristina Krstic as the only unbeaten bowlers in the discipline.

Edwards easily accounted for Canada's Kelly McKerihen and Welshwoman Melanie Thomas, winning both 21-6, after a 21-20 win over Colleen Piketh of South Africa.

The New Zealand men's pair and women's four both bounced back from opening losses to win their next two.

Olympics link up with Airbnb

Short-term home rental company Airbnb has joined the ranks of leading sponsors of the Olympic Games with a nine year deal to help provide accommodation for the world's biggest sporting event and cut the cost for host cities.

Airbnb said the partnership with the International Olympic Committee would run from the Tokyo games next year until 2028 and cover five Olympics and Paralympics events. Financial details were not disclosed.

That period will include the summer Games in Paris in 2024 and Los Angeles in 2028, as well as the winter Olympics in Beijing in 2022 and one centred on Milan four years later.

The move, which sees Airbnb joining other major sponsors including Coca-Cola, Panasonic, Samsung, Alibaba, Visa and Toyota, highlights the company's rapid growth to become one of the major players in room rental.

IOC President Thomas Bach said the partnership would not replace the traditional Olympic village where athletes stay but would be based on a guarantee of accommodation for visitors, families of athletes, and officials.

The English rugby club will not appeal against heavy punishments for breaching Premiership's salary cap regulations. 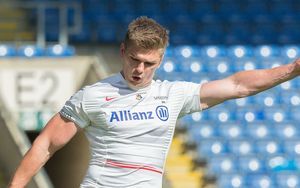 The English and European champions have decided not to contest the $10 million fine and the 35-point penalty imposed for failing to disclose payments in each of the past three seasons.

A joint statement between Saracens and Premiership Rugby said that both parties had concluded matters and the league table would be updated immediately to reflect the sanctions.

Saracens' current tally will be adjusted to -22, leaving them 26 points adrift of 11th-placed Leicester Tigers.

Australia's Tim Paine has said the upcoming cricket test series against Pakistan and New Zealand may be the last time he captains the side at home as he enters the twilight of his career.

Paine, who turns 35 next month, was named captain after former skipper Steve Smith was handed a one-year ban in March 2018 for ball tampering and the wicketkeeper became the first Australian captain after Steve Waugh to retain the Ashes. 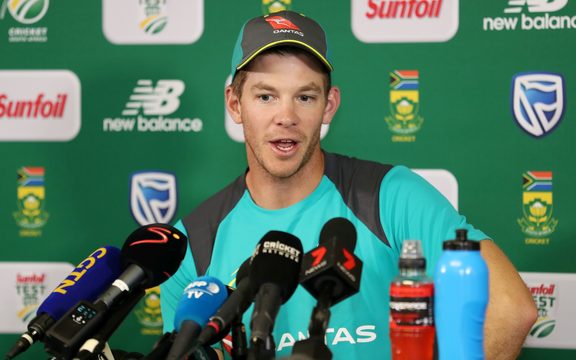 Smith's explosive return to the test side, where he scored 774 runs in the Ashes, triggered calls to restore him as captain and Paine said talk about who eventually takes over was bound to happen, especially considering his age.

"It might be (my last summer), I'm not too sure," Paine said. "But... I'm enjoying doing it. I feel good physically (and) mentally. So while that continues, I'm scoring enough runs and keeping well enough then I'd like to continue.

"I know when you get to my age that can change really quickly. I'm really looking forward to this summer, beyond that I haven't looked too far. I know what I want to do and what I want to achieve."

Australia play Pakistan in the first of two tests that begins on Thursday in Brisbane.