Latest - Roger Federer lit up the O2 Arena with a dazzling 6-4 6-3 defeat of Novak Djokovic to hand the Serb an early ATP Finals exit and wreck his bid to end the year ranked number one. 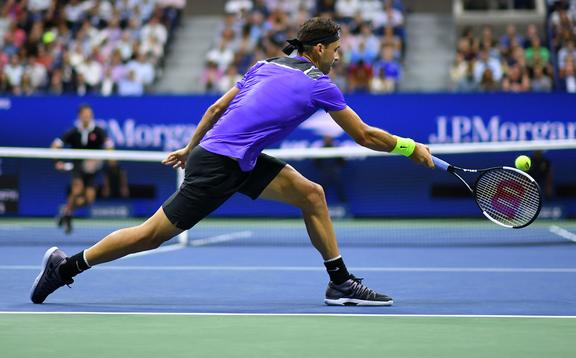 In the 49th meeting between the two great rivals, Federer snapped a five-match losing run against Djokovic and gained some consolation for his heartbreaking Wimbledon final defeat.

After both men had been beaten by Dominic Thiem earlier in the group, their eagerly-anticipated duel was a straight shoot-out to join the Austrian in the semi-finals.

Cheered on by the majority of the 17,000 fans in the arena, Federer produced an astonishing display of power, grace and precision and Djokovic simply had no answer.

Djokovic's first defeat by Federer for four years means Rafael Nadal will end the year as world number one for the fifth time even if the Spaniard fails to reach the semi-finals.

Nadal takes on Stefanos Tsitsipas in the other group on Friday.

Federer had played down talk of revenge when asked about his impending clash with Djokovic, but his victory celebration showed exactly what it meant.

"It was a great performance tonight from me," Federer, who at 38 continues to defy the passing years, said on court.

Asked what he did differently to the Wimbledon final when he failed to convert two championship points against Djokovic, the 20-time Grand Slam champion said: "I won the match point!"

Djokovic said it had been a "bad match" from his side but admitted Federer had done everything right.

"He was the better player in all aspects," the 32-year-old said. "I have the utmost admiration for him. What he's still showing on the court is phenomenal."

William Stedman has secured bronze in the 400m T36 at the World Para Athletics Championships in Dubai. 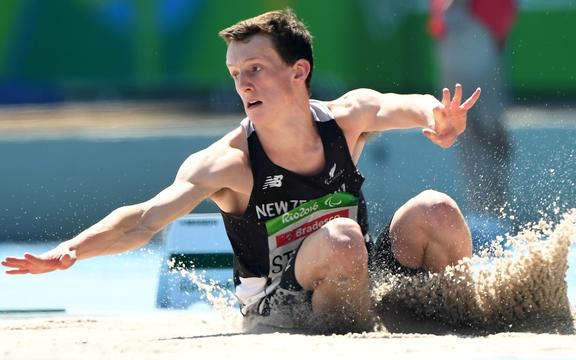 The Cantabrian crossed the line in 54.28 seconds, the second fastest time he's ever run over the distance.

The race was won by Australian James Turner, in a new world record time of 51.71.

"It's the second fastest time I've ever run so I was pretty happy with that," said Stedman.

"I didn't quite run the first 200 quite as quick as I should have, so that may have affected the time slightly."

Joe Root intends to drop back down to four in the Test order for the foreseeable future as he feels England will get more out out of him as a batsman and captain. 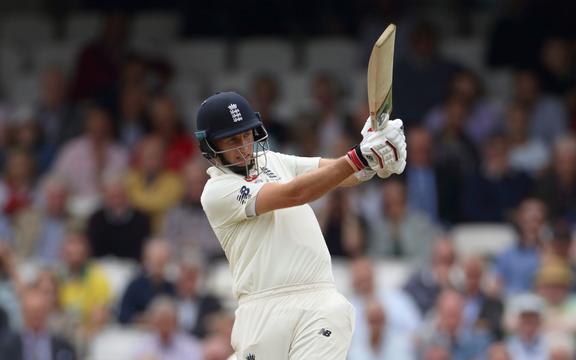 A dearth of top-order batsmen meant Root, not for the first time in his career, moved up from his preferred position to first drop for the entirety of this year's drawn Ashes series.

He performed modestly by his own lofty standards with 325 runs at 32.5, while his overall average at No.3 is a full 10 runs less than when he bats a place lower.

It was expected before the tour to New Zealand that he would return to four, which is where he batted in the first of two practice matches in Whangarei and where he is set to remain - barring any unforeseen circumstances.

Club owner and chief executive Walsh hit out at the scale of the fine, believing it was disproportionate to his crime of approaching Loeliger following Saturday's heavy loss to the South East Melbourne Phoenix in Melbourne and expressing his displeasure at the officiating.

It evolved into a heated face-to-face argument, with Walsh adamant the referees got it wrong to eject star US guard RJ Hampton early in the game.

Walsh will argue his breach of the code of conduct wasn't as severe as that committed by Sydney Kings coach Will Weaver, who was ejected from a game against Melbourne this month after protesting referee calls. Weaver was handed a suspended $500 fine.

Walsh has submitted a video to the NBL showing what he believes are officiating mistakes from the Phoenix game.

Imposing India on track from day one

A dominant India are on course for a big first-innings lead after skittling out Bangladesh for a meagre 150 runs despite some sloppy catching on day one of the opening test in New Delhi. 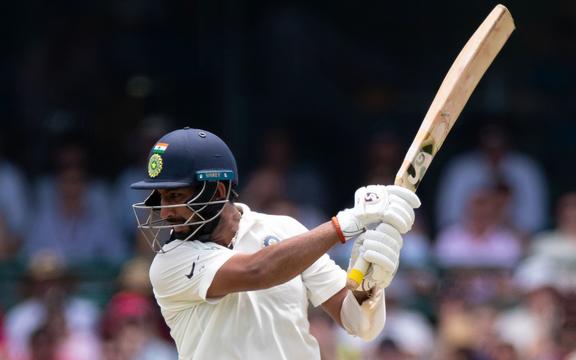 The hosts lost opener Rohit Sharma for six in their reply but finished the day on 86-1 with Cheteshwar Pujara and Mayank Agarwal putting on 72 runs for the flourishing second-wicket partnership.

Pujara was batting on 43 with seven boundaries. Agarwal was lucky to reach 37 after being dropped in the slip by Imrul Kayes when on 32.

Earlier, Mominul Haque won the toss in his first match as Bangladesh's new test captain but his decision to bat immediately backfired.

India's three-pronged pace attack exploited the early morning conditions and reduced them to 31-3.

Australia captain Tim Paine says the mental well-being of players takes priority over cricket after batsman Will Pucovski became the third of their players to take a break from the game.

Pucovski, 20, asked not to be considered for Test selection against Pakistan to focus on his mental health.

"We want Will to be a happy young man," said Paine. "The first priority for us is his mental wellbeing."

Glenn Maxwell and Nic Maddinson are also taking a break from cricket.

"Will making the right decision to step away and take care of himself and get himself healthy and in the right state of mind is going to be important because we think he's someone who's got a huge Test future," Paine added.

"He's had a lot of pressure put on him from outside sources, and hopefully he's in a position in the next few years to fulfil the potential that he's got."

Matteo Berrettini became the first Italian to win a match in ATP Finals history as he signed off with a 7-6 6-3 defeat of off-colour Dominic Thiem in London. 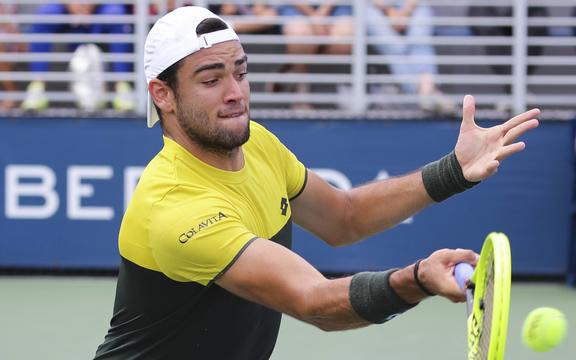 The tussle was a little flat as Thiem had already sealed a place in the semi-finals after group wins against Roger Federer and Novak Djokovic, while Berrettini could not progress.

The 200 ranking points and $US215,000 for the group stage win capped a stunning year for Berrettini who was outside the top 50 in January but will end the season ranked eighth.

Despite losing, Thiem has won the group and will be joined in the semi-finals by either Djokovic or Federer who clash for the 49th time later today.

Long-time St George Illawarra and Newcastle NRL coach Brown is on board as a specialist coach during the preseason, Twentyman is the new head of the performance department and Griffin has been signed as Future Warriors Programme coach.

"These appointments have been made after extensive consideration, each of them designed to improve our football department in critical areas," said chief executive Cameron George.

"These appointments will provide us with new voices, new energy and new ideas in key areas as we head into the preseason."

The likelihood of India boycotting the 2022 Commonwealth Games in Birmingham due to the absence of shooting as a medal sport appears to be fading, a senior official said.

The Indian Olympic Association has threatened to boycott the Games as shooting - which supplied 16 of their 66 medals, including seven golds, at last year's Gold Coast Games - was dropped from the Birmingham programme as it is an optional sport for host cities.

India finished third in the 2018 medals table but in the absence of shooting, they could slip to anywhere between fifth and eighth place in 2022, according to IOA estimates.

"We are committed to working together for finding a solution to this," Commonwealth Games Federation president Louise Martin and IOA president Narinder Batra said in a joint statement after holding talks on Thursday.

Winger Marika Koroibete has won the battle of the Fijian-born backs to see off Samu Kerevi and claim the John Eales Medal at the Rugby Australia Awards in Sydney. 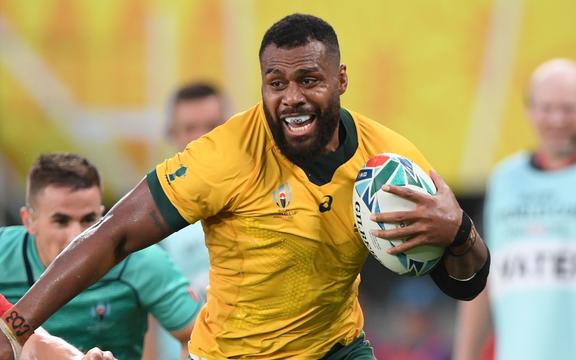 Koroibete's stunning form at the Rugby World Cup was enough for him to become the first winger bestowed with the country's premier player prize, awarded since 2002.

The 27-year old polled 200 votes from his Wallabies teammates, 50 clear of second-placed Kerevi, the powerhouse Queensland Reds back who was earlier crowned Australian Super Rugby player of the year.

Another Reds midfielder, Jordan Petaia, was named rookie of the year after his highly-promising maiden Test performances at the Rugby World Cup.

Captain and standout No.8 Grace Hamilton was crowned Wallaroos player of the year while the women's Super W gong went to another back-rower, rising Brumbies star Tayla Stanford.

The Scottish Rugby Union has accepted a fine and "expressed its regret" for comments made at the Rugby World Cup in relation to the potential cancellation of their match against Japan in Yokohama due to Typhoon Hagibis.

Three World Cup pool matches were cancelled at the World Cup and Scotland's decisive game with hosts Japan was in doubt for several days due to the impact of the typhoon.

SRU chief executive Mark Dodson had threatened legal action if the match did not go ahead, saying that the decision "was not just" and suggested that New Zealand might have been treated differently in the same situation.

The Scottish Rugby Union has agreed to pay a donation of $150,000 to World Rugby.

Pakistan will play a Test match on home soil for the first time in more than 10 years when Sri Lanka tour the country for a two-match series next month.

Pakistan has not hosted a Test match since a 2009 militant attack on Sri Lanka's team bus in Lahore left six security personnel and two civilians dead and six players injured.

Pakistan did not host any international cricket for six years after the attack, with the team playing their home matches in the United Arab Emirates.

Pakistan has hosted a number of limited-overs internationals in recent years, with Sri Lanka playing three one-dayers and three Twenty20 matches there in September and October, though 10 key players opted out of that trip citing security concerns. 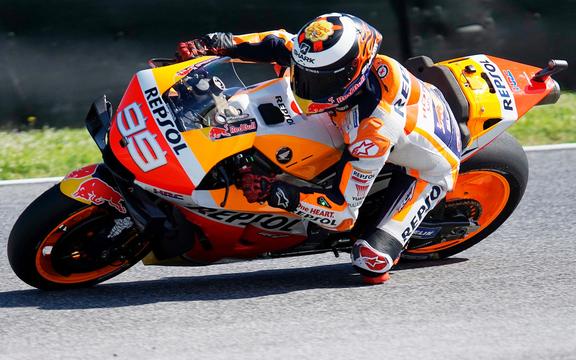 The 32-year-old Spaniard's departure after an injury-blighted season leaves a coveted vacancy alongside compatriot Marc Marquez, the six-times MotoGP world champion, at the Repsol Honda team.

Lorenzo moved from Ducati at the end of 2018 but has struggled with fitness and the handling of the RC213V bike.

He is 19th overall with a meagre 25 points from 18 races, and without a single top 10 finish, compared to Marquez's runaway tally of 395.

He missed four grands prix after crashing during practice at Assen in the Netherlands in June and suffering fractured vertebrae.

Former France striker Thierry Henry has been appointed as the head coach of Montreal Impact on a two-year deal, the Major League Soccer team has announced. 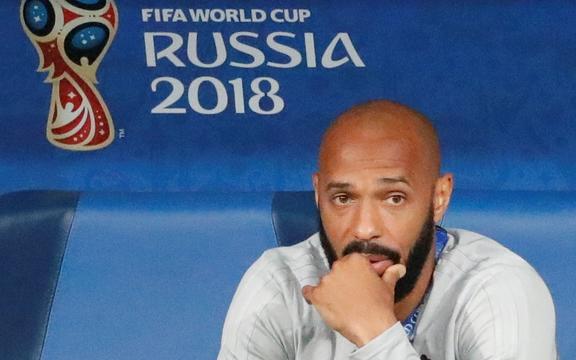 The former Arsenal striker, 42, returns to a head coaching role for the first time since January when he was sacked by French Ligue 1 side Monaco.

Henry, who retired in 2014, lasted only three months at Monaco. The World Cup winner was dismissed in January after winning four of his 20 games in charge and with the club threatened by relegation.

He had worked before that as assistant coach to the Belgian national team but had never been in charge of a team in his own right.

He then moved to Barcelona for three seasons, winning a Champions League title along the way, and finished his career at New York Red Bulls.

Impact finished ninth in the MLS Eastern Conference and 18th overall this season and dismissed coach Remi Garde in August.

They have not qualified for the MLS Cup playoffs in the previous three seasons.