New Zealand squash pro, Paul Coll has become the first Kiwi since the legendary Ross Norman in 1988 to reach the semi-finals of the Men's World Squash Championship. 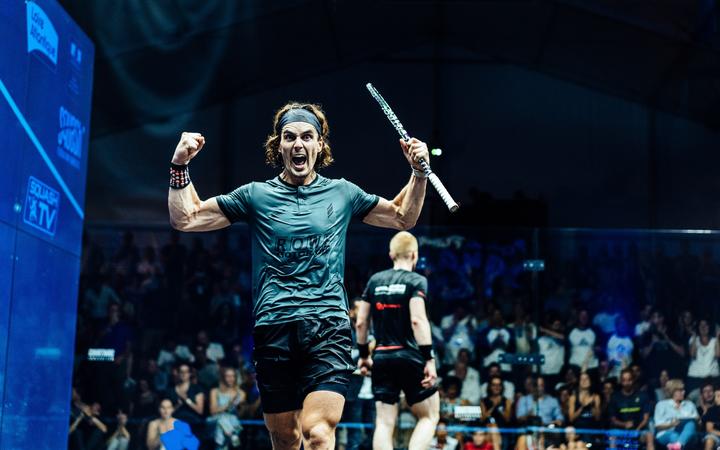 Coll came through a brutal 119-minute epic against 2015 runner-up Omar Mosaad in the previous round but showed very few signs of physical comfort as he completed an 11-8, 11-9, 11-6 victory in 47 minutes.

Coll's short game has improved drastically since hooking up with renowned coach Rob Owen in the summer, and while the majority of his points in game one came as a result of errors from Salem, he was firing in winners in games two and three to book his spot in the last four.

Salem achieved one of the biggest wins of his career against World No.9 Miguel Rodriguez in round three, but he lacked the dynamism that saw him upset the Colombian and Coll picked him off to set up a semi-final meeting with either 2017 World Champion Mohamed ElShorbagy or his younger brother and 2017 runner-up - Marwan.

"I'm very happy to be in the semi-finals of a World Champs, it was something that was a minimum goal going into the tournament," said Coll from Greymouth on the West Coast

"I've got to put that behind me now, even though I'm very happy to be in the semi-finals, I don't want to stop there. I've just got to regroup after this, enjoy the moment while it lasts and watch the match later. I just wanted to dominate today. Yesterday I felt like I got a bit dominated and my natural game was taken away from me, so I wanted to step up today and really take the game to Zahed.

"He had a tough match yesterday as well, so I knew it was going to be about who could dominate today. I feel like I did that for most of the game which got me over the line.

"They're [the ElShorbagy brothers] both quality players, I just hope it takes about three hours and then tomorrow I'll play whoever wins," said the 27-year-old Coll.

The semifinal match is tomorrow