Double Olympic gold medallist Hamish Bond admits the men's single sculls seat was tempting but he's confirmed he's sticking with the rowing eight as they aim for next year's Olympics. 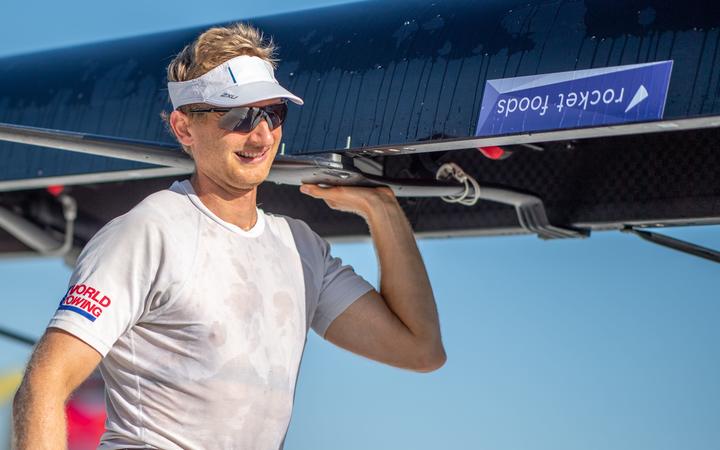 Bond would have been a strong candidate as a past national champion in the discipline.

Bond said he thought about having a crack at the single sculls seat held over the past three seasons by Robbie Manson but said it would have been a push even for him.

"The singles although it is a tantalising carrot I think given the Olympics are only a few months away although I would always back myself I think that might be one stretch too far," Bond said.

Bond said he was committed to the men's eight which will line up at the 'regatta of death' in May in Lucerne in a last chance bid to qualify the boat for the Tokyo Olympics.

Bond returned to rowing in March this year after spending two years competing in cycling. In 2018 he won a bronze medal in the men's time trial at the Commonwealth Games.

He said the pull of the eight was stronger.

"My whole motivation for coming back to rowing from cycling was to give the eight a crack and I guess try and share what I felt I'd learnt and my experience over the past 10 years to the rest of the guys and really get I guess the final piece in the puzzle in terms of ultimate success for Rowing New Zealand on the international stage.

"The last 20 years we've had a really good run with lots of success in small boats but it's been coming up sort of almost 40 year's now since we've cracked success in the eight so it would be something really special and I think something worthy of I guess perhaps my last year's in sport to give that a go."

Bond said the door wasn't completely shut on single sculls in the future but it was unlikely.

"I'm sure it'll cross my mind but again the reality is that I'm going to be 34 next year and usually in rowing you're taking it in four year chunks in terms of what you're targetting so basically I'd be saying at 38 years old 'am I going to be able to be good enough to have success in Paris in the single' and that might be drawing a long bow so I would say it's unlikely but I don't rule anything out I suppose." 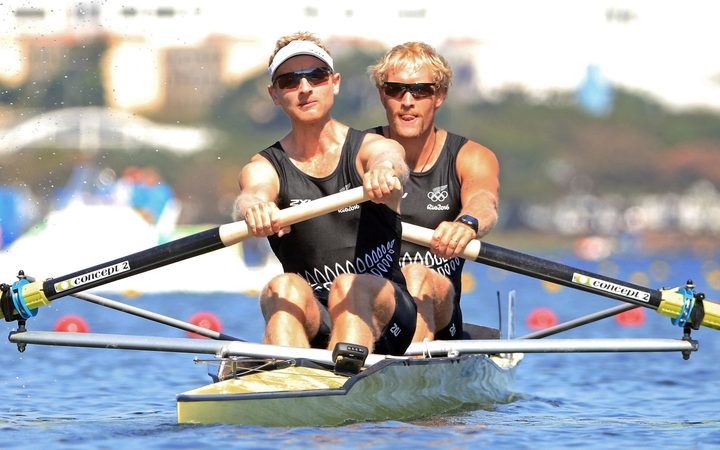 Bond said it had been an adjustment coming from cycling where he relied solely on himself and in the pair where there was just one other person.

"That was I guess part of the attraction but I also knew it would be frustrating at times. With cycling obviously and rowing in the pair there's obviously a good deal of autonomy and also a good deal of input.

"In terms of physical input in a pair you're 50 percent of the input whereas now in the eight I'm only 12.5 percent of the input. That can be frustrating at times because you can't do it by yourself because as hard as I pull it's not going to make a whole lot of difference to an eight so it really is about the collective unit.

"That's where really you can have far more value and obviously trying to build the team around you that's where you are going to have success is trying to get everyone to a new level as well as myself - that's the only way that we're going to have any chance of success next year."

Bond said he was a little surprised at the depth of the field at the World Champs earlier this year in the men's eight, where they just missed out on qualifying the boat for Tokyo.

"To be only a few seconds off the world record and to be in six place surprised me a little bit I guess so ultimately that's the benchmark, we have to be a world record capable crew ...that's our challenge."

Bond has bulked up and is slightly over 90kgs now as rowing requires more upper body mass.

"I was a little bit lighter than that in Rio in the pair and cycling at times I was under 80 kilos so I'm probably 10 to 12 kilos heavier than I was this time last year.

"It's largely gone to the upper body and just being able to transfer that power from the legs through to the oar."

Bond said he was trying to take more of a leadership role than he did when he first came in to the eight.

"When I first came back I guess I was some way concerned I didn't want to come in, it would've been more do as I say not as I do because I wasn't capable of the training initially coming back from cycling I had to build my body back up. But now I guess I feel I'm in more of a position to take that leadership role."

Bond is one of about 11 contesting a spot in the eight and now turns his attention to the domestic season which culminates with the National Champs in February.