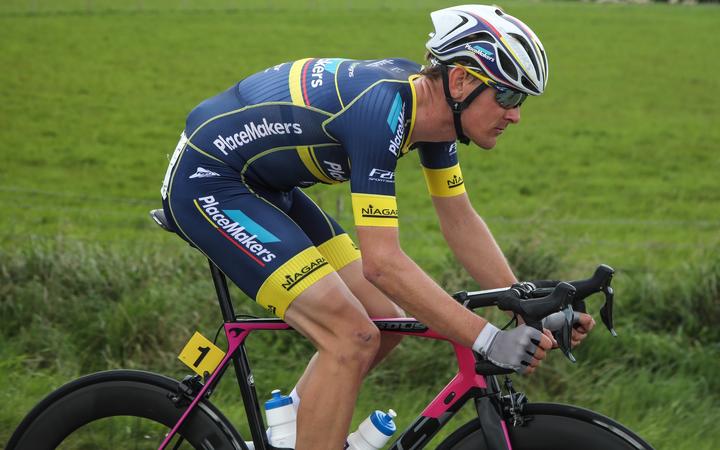 The first rider to successfully defend his title since Hayden Roulston in 2008, Vink finished third in this morning's individual time trial and controlled the front of the race over the final 77km stage from Winton to Invercargill to win by two minutes, 38 seconds.

"Winning back-to-back is pretty special. I looked up a couple of nights ago to see who had done it and it's really a who's who of New Zealand cycling, so to be up there with those guys is a pretty cool feeling," Vink said.

His victory was built on a tremendous performance by his Placemakers team in the fifth stage from Invercargill to Gore on Friday after it looked like Mexican rider Eder Frayre had climbed his way into an untouchable position after winning both Coronet Peak and Bluff Hill.

"I've done this tour 10 times and I know there's always a chance, you've just got to find it. We got our chance on the way to Gore and we took it with both hands. The way the team rode was absolutely phenomenal."

Vink has been competing in Southland for a decade and was a two-time runner up before breaking through in 2018.

"I guess you can say that when it rains it pours, and that's not just the Southland weather. The first win definitely was the hardest, but each one is special in its own way," he said.

Vink will now have a week off before heading to Asia for a week-long stage race, followed by the Pioneer mountainbike race where he will attempt to defend his title with Tim Rush.

Dylan Kennett completed an outstanding final day on the 2019 tour, backing up his win in the time trial with the stage win to finish the tour.