Hockey stalwarts Kayla Whitelock and Gemma McCaw have emerged from retirement to be named in the Black Sticks squad for next year's Tokyo Olympics. 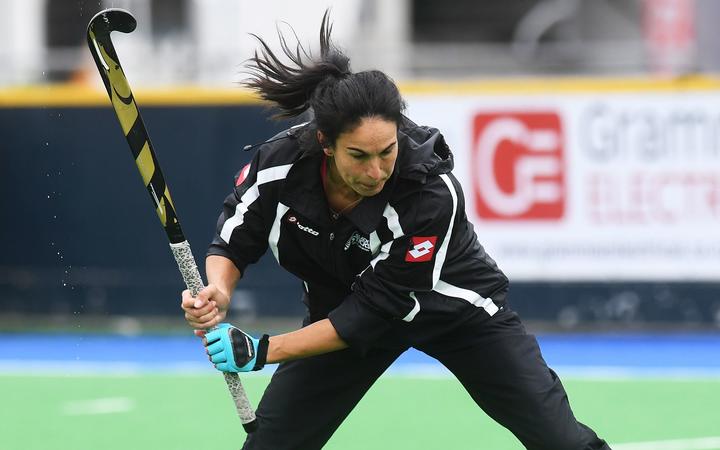 Whitelock and McCaw both last played in 2016 and have since started families.

New coach Graham Shaw has named the pair along with fellow returning players Julia King and Rachel McCann in his 26-player squad.

"We have been lucky to welcome back Kayla and Gemma after they stepped away to start families.

"We look forward to the invaluable experience that they will bring and the pivotal role they will play in helping our team towards our goal of medalling at the Olympic Games."

McCaw expressed her delight at being back on Instagram.

My why ❤️ I’m excited about being back in the @nzblacksticks squad and I’m looking forward to the year ahead. A big thank you to everyone who has supported me and a special mention to my husband for encouraging me every step of the way #backinblack

There is also a mixture of youth with 17-year-old Kaitlin Cotter and Holly Pearson, 21, rewarded with national contracts on the back of some impressive form this year.

They will join Central teammate Olivia Shannon, 18, who has been selected for her second national squad.

The three young Central strikers formed a formidable combination at the recently concluded NHL, and Shaw will be looking for them to develop this chemistry in the strike line for the Black Sticks.

The side will again be led by the vastly experienced Stacey Michelsen, who is the most capped Black Sticks women's player of all time after overtaking Emily Gaddum's record of 274 caps earlier this year.

There are six players with more than 200 test caps in the side, and this experience will be vital as they prepare to improve on their sixth placing at the inaugural FIH Hockey Pro League in 2019.

The team begin their international season on 1 February next year, when they host Belgium in the 2020 Pro League at the new National Hockey Centre in North Harbour.