Join RNZ for live coverage of the 159th running of the Melbourne Cup at Flemington Raceway.

This year's event, the 159th running of the race, has been overshadowed by an ABC investigation, which found thousands of former racehorses are being destroyed each year.

Before we get to that, here's a run-through of the event.

The Melbourne Cup Group 1 race is held, as it is every year, on the grass track at Flemington Raceway on the first Tuesday of November at 3pm Australia Eastern Daylight Time (5pm NZT).

The 3200m handicapped race is the seventh of the day at Flemington and features 24 horses.

A handicapped race means the jockey, the saddle and gear must all weigh the same for everyone.

To qualify, the horses must be at least three years old, and each year more than 300 horses are nominated for the event.

A ballot is used to draw the field, but the winners of 13 races, including the Caufield Cup and Cox Plate, gain entry automatically.

The weather in Melbourne is expected to be fine for the race, reaching a maximum temperature of 19 degrees celsius with light winds from the north west.

What the TAB is saying

Mer de Glace won the Caulfield Cup "really impressively" though it was over a shorter 2400m than today's 3200m race.

"All the talk has been about was about [Mer de Glace] - until the rain came. They're not sure whether it's going to go very well on a soft track.

"Finche could even start favourite if it rains a lot today." 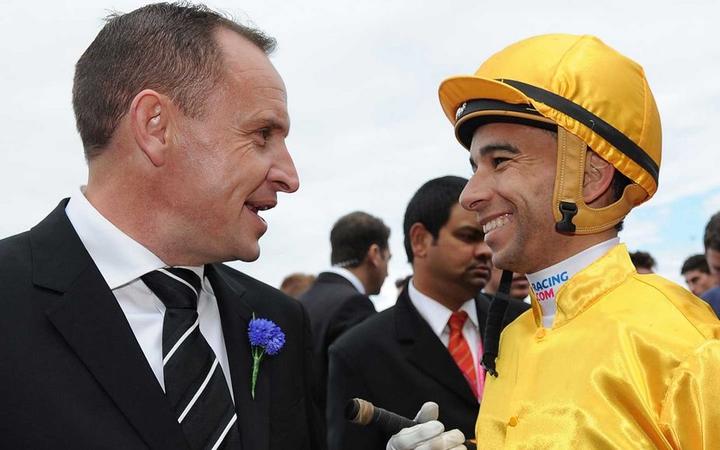 Many more northern hemisphere horses are competing, with only four from Australasia in this year's race.

"Some people in Australia are saying the 'northern raiders' have almost save the race because when it was just New Zealanders but mainly Australians it was all sort of same-same. Now there's a real rivalry, northern hemisphere versus southern hemisphere."

It's the hardest race to pick, he said, but if he had to chose, his top two would be Constantinople and Finche.

"[Finche] is trained by Chris Waller who started his career in Foxton and now he's the best trainer in Australia as well."

Some just want the Melbourne Cup stopped, and the revelation that thousands of former racehorses are being destroyed each year has sparked vociferous protests in Australia.

Kristin Leigh, a spokesperson for the Coalition for the Protection of Racehorses, said on Cup day, instead of protesting at the front gates, they are holding an alternative 'Fashions on the Field' party nearby.

"We like to show the public that you can have a really good time without supporting animal abuse.

"People get really dressed up and really wild in outrageous outfits - or they can dress up glamorously if they like.

"We have human races... where the participants are actually willing, not forced," she said.

The coalition wants horse racing come to an end, but but in the mean time is in favour of the industry making improvements, rather than its "token efforts" so far.