New Zealand cyclist George Bennett is back on the bike after surgery to aimed at ending a long-standing condition which has limited his career. 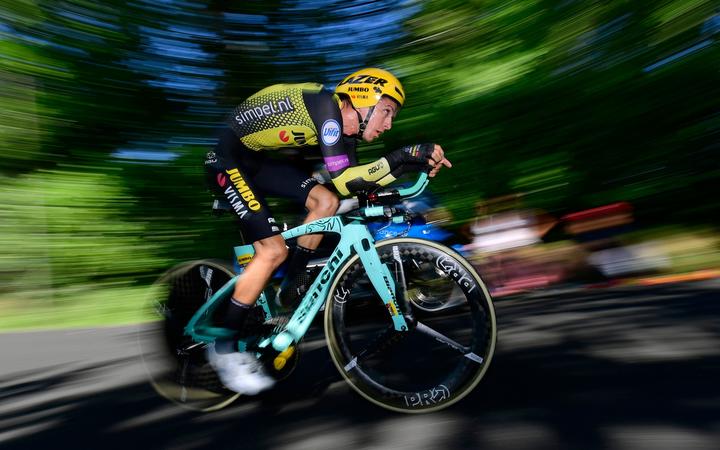 Bennett, 29, has been riding with side stitch issues for 10 years which left him with stabbing pains in his side when he tried to push hard.

He was diagnosed with slipping rib syndrome, and decided to opt for surgery in the World Tour off-season.

"I've had a few operations in the past, in terms of looking at killing nerves and releasing ligaments around the area but I haven't had much success," he said.

Bennett said the condition - "from playing rugby years ago, or a crash" - had been frustrating.

"A lot of the cartilage was super loose and clicking over each other, and basically irritating the nerves," he said.

"Unfortunately one of the only ways to really get rid of it is to remove the broken cartilage. We don't know if it's definitely the answer, there's no guarantees, but I really hope this is the one."

Three weeks after the surgery, Bennett had his first stint back on the bike yesterday - a low-key hour-long stint from his base in Girona, northern Spain.

"It still hurts a little bit. I can't really run, but riding doesn't seem to bother it too much

"It's been a pretty boring few weeks, but I'm happy now I can walk again and get out on my bike. Just being outside is a relieving feeling."

Bennett plans to return to Nelson later this month, and has lined up a start in the six-stage Tour Down Under, which begins in Adelaide on January 16.