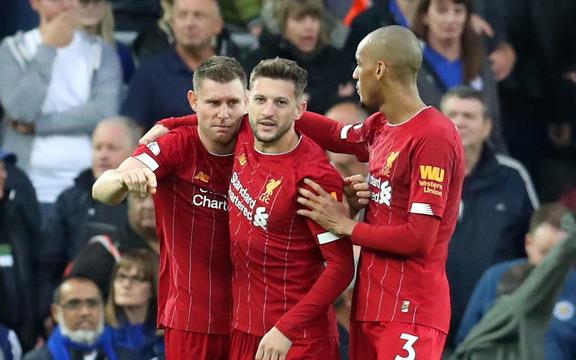 The game at Anfield ended in an astonishing 5-5 draw.

18 year old Curtis Jones, who was making his debut at Anfield scored the winning spot-kick after the hosts had trailed 3-1, 4-2 and 5-4 before a stoppage-time equaliser.

Marcus Rashford scored from the penalty spot and with a free-kick as Manchester United beat Chelsea 2-1 at Stamford Bridge.

Aston Villa beat Wolves in the other game.

The 23-year old Russian has played in Auckland twice before.

He is the second top ten player at the tournament along with world number four and fellow Russian Danill Medvedev.

Khachanov has won four ATP singles titles and reached the quarter-finals of the French Open this year. 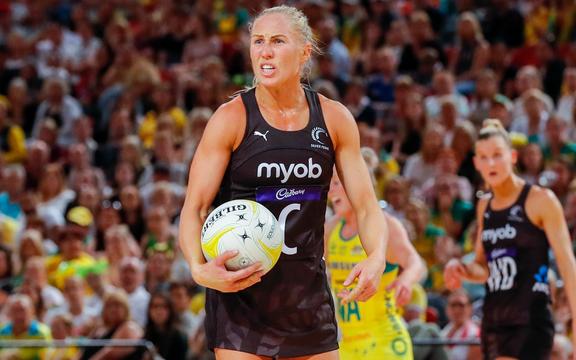 The Dame Lois Muir Supreme Award is the highest individual accolade a New Zealand netballer can achieve, recognising the best New Zealand player across all elite competitions and campaigns.

In 2019, Langman completed another defining chapter in an already illustrious career after leading the Silver Ferns to victory at the Netball World Cup in Liverpool.

It's the third successive time Langman has received the honour, having previously been recognised in 2015 and 2016. She remains the only Silver Fern to receive the Dame Lois Muir Supreme Award.

The Silver Ferns Player of the Year was awarded to Ameliaranne Ekenasio, decided by votes from members of the Silver Ferns squad for the player who best demonstrated the team's values both on and off the court.

New Zealand squash player Joelle King has been beaten in the quarter-finals at the World Championships in Egypt.

It is the third time in a row King has reached the last eight of the world champs.

Steve Smith and David Warner's first batting partnership on home soil since their ball-tampering suspensions helped Australia to a series-sealing nine-wicket victory over Sri Lanka in the second T20 international in Brisbane.

Former captain Smith joined Warner at the crease after the third ball of the innings and the pair's unbeaten 117-run stand mowed down Sri Lanka's total of 117 in 13 overs under the lights at the Gabba.

The win gave Aaron Finch's team an unassailable 2-0 lead in the three-match series, having thrashed the south Asians by 134 runs in Sunday's opener at Adelaide Oval.

Warner, who scored an unbeaten 100 to be man-of-the-match in Adelaide on his 33rd birthday, was 60 not out from 41 balls, with Smith finishing unbeaten on 53.

The third and final game is tomorrow in Melbourne.

Canterbury are 207 for five in reply to Wellington's 525 for seven declared after two days of their Plunket Shield cricket game at the Basin Reserve.

Central Districts are 304 for five after the first day of their match against Northern in Mt Maunganui... opener George Worker scored 130.

There was no play between Otago and Auckland in Dunedin because of rain.

Defending champion Elina Svitolina became the first player to secure a semi-final spot at the WTA Finals in Chinaon Wednesday with a straight sets win over Simona Halep while Bianca Andreescu retired injured in her meeting with Karolina Pliskova. 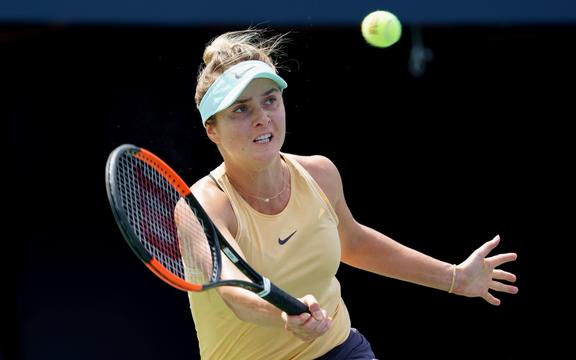 The 19-year-old U.S. Open champion pulled out after the end of the first set having lost 6-3 after suffering an injury to her left knee midway through the third game.

Pliskova will now face Halep in the pair's final game in the Purple Group knowing a win will take her into the semi-finals alongside Svitolina, who took advantage of an error-strewn display by the Romanian to pick up her second win of the week.

Svitolina sealed a 7-5 6-3 victory over the Wimbledon champion as she notched up her second win a row two days after defeating Pliskova to guarantee a top two finish in the round-robin phase of the competition.

Scotland have booked their place at the T20 Cricket World Cup in Australia with a comfortable 90-run victory against the United Arab Emirates.

The Scots, the top seeds going into the qualifying tournament in Dubai, had finished a disappointing fourth in Group A.

But they responded with their second biggest T20 victory as UAE fell to 108 all out chasing Scotland's 198-6.

Former seamer Darren Gough has been named England's fast bowling consultant for the two warm-up matches ahead of the Test series against New Zealand.

The appointment sees Gough, who took 229 wickets in 58 Tests across an international career that spanned more than a decade, link up with former Yorkshire and England team-mate Chris Silverwood, the recently-appointed head coach of the national side.

Silverwood was earlier this month promoted from his position of overseeing the seamers, with Gough now set to work with them in a temporary capacity, joining the Test squad on November 5 in Auckland and staying with the group until November 18.

The small window encompasses the two practice matches, both in Whangarei, before the first of two Tests against the Black Caps gets under way in Mount Maunganui on November 20.

The North Canterbury golfer Kazuma Kobori has taken charge of the New Zealand Amateur in blustery conditions to lead after day one at Remuera Golf Club.

Kobori fired a six-under par 66 to lead by two from Australian Joshua Armstrong.

Darae Chung of Wellington and Australian Stephanie Kyriacou share the lead in the women's competition.

The top 32 from each competition qualify for the matchplay.

Concussion down at World Cup

World Rugby's clampdown on high and dangerous tackles has resulted in a 12% reduction in concussion-related incidents at the 2019 World Cup compared with the last tournament four years ago, the sport's governing body said.

The average number of injury replacements has dropped from 2.08 per match at the 2015 event to 1.13 in Japan, while concussion rates are down by 35% when compared to elite competition levels last season.

World Rugby added that no delayed concussions have been reported, and the concussion rates at the ongoing tournament are 10.5 concussions per 1,000 player hours, compared with 12.5 in 2015.

Japan 2019 is the first World Cup to introduce the high tackle framework, which is designed to reduce risk of head injuries by "changing player behaviour from high-risk upright to lower-risk bent at the waist tackles".

Former test all-rounder Andrew McDonald has been appointed an assistant coach of Australia, joining Justin Langer's staff after helping Victoria to a sweep of domestic titles in first class and one-day cricket.

McDonald, who played four tests against South Africa in 2009 and carved out a successful first class career for Victoria, also coached the Melbourne Renegades to the domestic T20 championship in the "Big Bash" tournament.

The in-demand McDonald announced a three-year deal last week to coach Indian Premier League side Rajasthan Royals and is also head coach of Birmingham Phoenix for the inaugural season of the Hundred.

Cricket Australia said his starting date in his new role was to be determined.

England named Australian Lisa Keightley, the first woman to score a century at Lord's, as the first full-time female head coach of their women's cricket team.

The 48-year-old Western Australia and Perth Scorchers coach will take over in January from interim coach Alistair Maiden, who was put in charge after Mark Robinson left in August.

Keightley, who was a top-order batsman and occasional bowler, played nine tests and 82 one-day internationals for Australia from 1995 to 2005. She ended her ODI career with an average of 39.84 runs and a top score of 156 not out.

England's women's team are the reigning 50-overs world champions and Keightley would be expected to mastermind a triumphant campaign in next year's Twenty20 World Cup in Australia.

Federer out of ATP Cup

Roger Federer has withdrawn from the inaugural ATP Cup in Australia in January next year so he can spend more time with his family.

Federer's decision to withdraw means Switzerland can no longer take part in the nation-based event and that six more countries will now qualify, based on the world rankings of their top players.

The $15 million dollar ATP Cup will be hosted in Brisbane, Perth and Sydney.

Eighteen countries qualified for the tournament after a first round deadline in September, with hosts Australia given a wildcard spot.

The countries will play in six groups of four for group stage, round-robin play, with the group winners and the two best second-placed finishers across the groups reaching the ATP Cup Finals in Sydney.

Each tie comprises two singles and one doubles match.