Latest - The Toronto Wolfpack know they're not the only one chasing the signature of All Black centre Sonny Bill Williams. 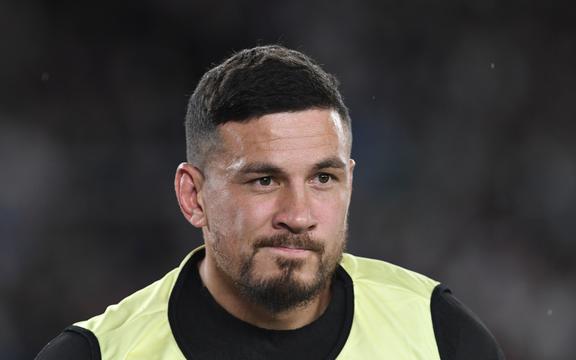 The ambitious English Super League newcomers have reportedly made a $9 million offer to lure Williams back to the 13-a-side game.

Williams is contracted to New Zealand rugby until the conclusion of the Rugby World Cup in Japan and it is believed a number of rugby and league clubs are interested in his services.

Toronto coach Brian McDermott previously said they wanted to bring in a David Beckham-type player to raise their profile.

"One of our mantras at Toronto is to bring the best we possibly can bring in relation to a guy who can put bums on seats."

"His agent I would says has probably been in contact with many many clubs and if he is leaving the All Blacks we're interested, but we're in a competition with others.

City though to League Cup quarters

Holders Manchester City are through to the quarter-finals of the English League Cup after beating Southampton 3-1 in Manchester.

Burton failed to repeat last season's heroics, when they reached the semi- finals, as they were beaten 3-1 at home by Leicester.

Everton reached the last eight with a 2-0 home win over Watford.

Oxford beat Sunderland 4-2 on penalties after the game ended 1-1.

Colchester extended their run into the latter stages of the competition with a 3-1 win at League Two rivals Crawley.

Liverpool face Arsenal and Chelsea meet Manchester United in the pick of tomorrow's round of 16 ties.

Late entry Kiki Bertens has crashed Ashleigh Barty's party with an unlikely victory over the world No.1 at the WTA Finals in Shenzhen. 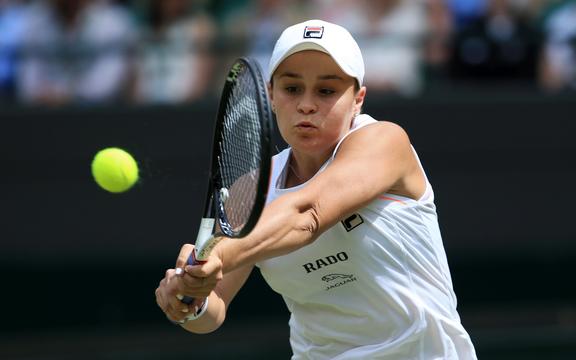 Barty officially clinched the year-end top ranking just by taking to the court, but celebrations were soured with a 6-3 3-6-4 loss to the Dutch alternate.

Barty was to have played Naomi Osaka in her second round-robin match before the Japanese world No.3 withdrew from the season finale with a shoulder injury.

The French Open champion appeared to be cruising towards victory and a place in the semi-finals, only to collapse from a set and a service break up.

England assistant coach John Mitchell has billed Saturday's World Cup final between his side and South Africa as a collision of the sport's two most powerful teams. 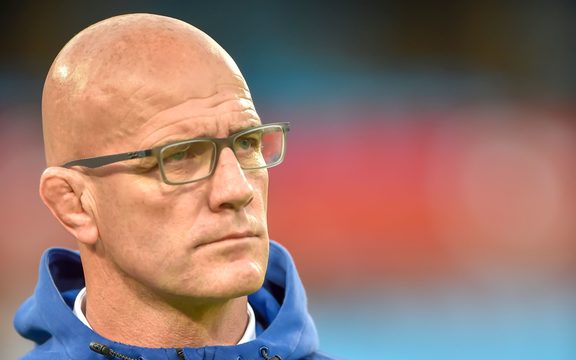 South Africa edged past Wales with a dominant performance from their giant pack, who have bulldozed a path through Japan with muscular inside centre Damian de Allende remaining a constant threat.

"What we are going to witness are the two most powerful rugby teams in the world," defence coach John Mitchell said.

"South Africa are strong and well-coached and the gain line is going to be huge. They play in a particular way, but you must always be prepared for anything that comes at you.

"They have second-rowers who love winning the gain line. They have their own armoury. It's exciting.

"Against New Zealand we dealt with a lot of speed, a lot of footwork, but South Africa are certainly going to be a team that is more direct.

Bulgaria to play behind closed doors

Bulgaria have been ordered to play their next competitive home match behind closed doors and pay a $150,000 fine after some of their supporters were guilty of racist abuse of England players.

England's 6-0 win over Bulgaria in the Euro 2020 qualifier played in Sofia on October 15 was halted twice after fans taunted visiting black players with Nazi salutes.

Since the incident, Bulgaria Football Union (BFU) president Borislav Mihaylov and the team's head coach Krasimir Balakov have resigned, and authorities have identified 16 suspects and made 12 arrests.

The sanction will affect Bulgaria's qualifier against the Czech Republic on 17 November.

European football's governing body UEFA also imposed a further one-match stadium ban, suspended for two years and ordered the BFU to display a banner with words "No to Racism" with a UEFA logo on it.

The Wellington cricketers are in a strong position heading into day two of their second round Plunket Shield game against Canterbury at the Basin Reserve.

Wellington recovered from 54 for four to be 415 for six at stumps, with Devon Conway unbeaten on 261.

India and Bangladesh to play at night

India will take on Bangladesh in both nations' first ever day-night test cricket match, to be played at Eden Gardens in Kolkata next month as the second game of a two-match series.

Newly appointed Board of Control for Cricket in India president Sourav Ganguly, a long-time supporter of day-night tests, first proposed the idea to home side captain Virat Kohli before speaking with Bangladesh Cricket Board officials.

Ganguly said the match would help support test cricket, the longest format of the game, which has seen dwindling audiences in recent years.

India, Bangladesh, Afghanistan and Ireland are the only teams among the 12 test-playing nations to have not yet played day-night tests.

One of the major concerns for Bangladesh will be the lack of match practice with the pink balls used in day-night games, having only played one first class match with them in the country in February 2013.

Kolbe will be back for final

Winger Cheslin Kolbe is likely to be back in the South Africa matchday squad for their Rugby World Cup final against England in Yokohama on Saturday, coach Rassie Erasmus said.

Kolbe, an important attacking weapon for the Springboks, missed their pool match against Canada with an ankle problem and had to leave the field in the latter stages of the quarter-final against Japan before sitting out the semi-final.

He was replaced by Sbu Nkosi for the semi-final against Wales but Erasmus said the 26-year-old was available for selection and almost certain to be in the 23 to face England.

Bangladesh captain Shakib Al Hasan has been banned from all cricket for two years with one year of that suspended, after the all-rounder was found to have breached the International Cricket Council's Anti-Corruption code.

The ICC said Shakib, the national side's captain in all formats and one of the highest run-scorers at the 2019 Cricket World Cup, had accepted three charges related to failing to report "approaches he received to engage in corrupt conduct".

The 32-year-old was found to have failed to report two approaches he received during a tri-series between Bangladesh, Sri Lanka and Zimbabwe in January 2018, and one related to a 2018 Indian Premier League match between Sunrisers Hyderabad and Kings XI Punjab.

If Shakib observes the suspension, he will be able to play again from Oct. 29, 2020, the ICC said.

Shakib recently led a strike by Bangladesh's cricketers, which they called off a week ago when the country's cricket board accepted most of their demands including pay rises and other benefits.

Manly hooker Manase Fainu has been stood down by the NRL after being charged over an alleged stabbing during a brawl at a Mormon church function.

Fainu was charged with three offences relating to an altercation at a church dance in Sydney's southwest on Friday night, with police alleging he produced a knife and stabbed a man.

The 21-year-old could spend at least the next seven weeks behind bars after being denied bail when he appeared in the Liverpool Local Court.

He is listed to return for a committal hearing via video link on December 16.

Fainu's legal team indicated outside court he will strenuously deny the charges after handing himself in to Liverpool police on Tuesday morning.

The most serious charge - intent to cause grievous bodily harm - carries a maximum sentence of 25 years - well above the 11-year minimum which sees players automatically stood down by the NRL.