Latest - New Zealand golfer Danny Lee has hurled himself into title contention in the country of his birth. 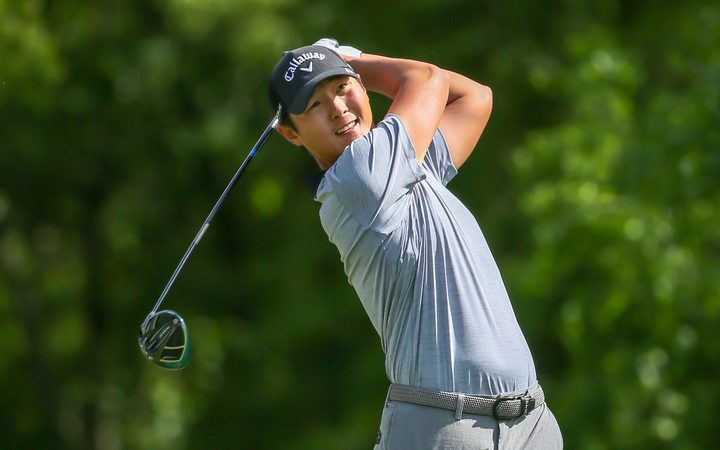 A roller-coaster second round has shot Danny Lee up the leader-board at the Players Championship. Photo: Photosport

He's capitalised on an error from Justin Thomas on the final hole to join the American in the lead heading into the final round of the PGA Tour's CJ Cup in South Korea.

Thomas hit his approach shot into the hazard and bogeyed the par-five 18th in his round of two-under 70 for a 54-hole aggregate of 15-under 201.

Incheon-born Lee sank a long eagle putt on the 18th in his 68 to grab his share of the lead.

"I've never played exceptionally well in Korea so I also felt I could play better in front of my Korean fans.

"On top of that my parents and my wife are Korean and my grandad lives here so that would be great. I am glad I had a strong showing this week and hopefully I can say the same tomorrow."

Before Honey Hireme left her hotel room on Saturday, she placed a photo of her late mum on her bedside and told her she was coming back with a trophy. 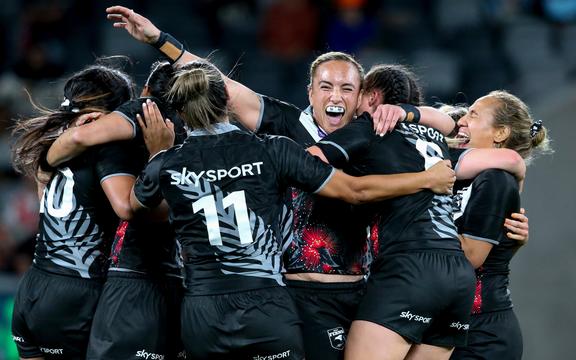 And the New Zealand captain stayed true to her word after the Kiwi Ferns upset Australia 17-15 in a thrilling final to claim the women's World Cup Nines trophy.

The triumph came exactly three weeks to the day Hireme lost her mother.

"Before I left my room this afternoon, I put my mum's photo on the table next to my bed and I cleared the table.

"It's surreal. It's happened. It'll sink in after that." 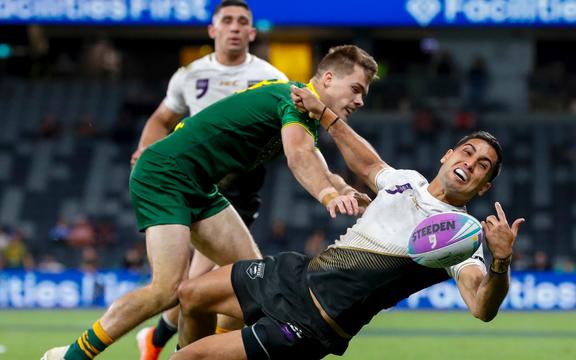 Playing on his home ground at Bankwest Stadium in Sydney, Moses scored 20 of the Kangaroos' points to finish a stellar first weekend in senior Australian colours.

The Parramatta halfback scored two of his tries in the bonus zone, including Australia's first when he bust through from 25 metres out to dot down under the posts.

Jamayne Isaako was again one of the Kiwis' best, crossing for the seventh time of the weekend to lead the competition's top try-scorer lists.

The Wellington Lions have withstood a Canterbury fightback to beat the red and blacks 30-19 in their national provincial rugby premiership semi-final in the capital. 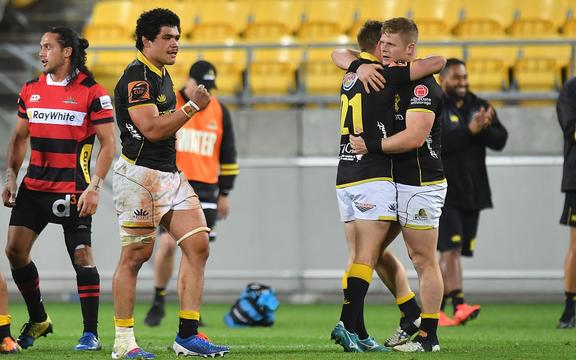 The Lions led 17-nil at halftime and 24-nil early in the second-half before Canterbury scored three unanswered tries to set up a tense finish.

Wellington eventually sealed the win with a Jackson Garden-Bachop drop goal in the 77th minute.

The Lions will now face Tasman Mako in the final in Nelson next Saturday night, after the Mako beat Auckland 18-9 in the first premiership semi-final.

Bay of Plenty will host Hawke's Bay in the championship final after the Magpies outlasted Otago 44-39 in extra time in their semi-final.

White Ferns to the fore in Australia's Big Bash 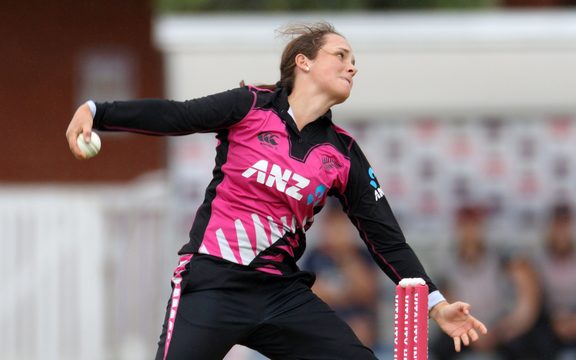 Amelia Kerr in action for the White Ferns Photo: Photosport

Kerr has taken three wickets for eight to dismiss the Sydney Sixers for just 73 - their lowest ever score.

Brisbane earlier posted 165 for six from its 20 overs.

Earlier, New Zealand team-mate showcased her all-round skills to power the Adelaide Strikers to a six wicket win over the Melbourne Renegades.

Devine followed a miserly display with the ball (1-16 from four overs) with a crunching undefeated 72 to guide the Strikers past the Renegades' modest 117 for seven with 28 balls to spare.

The impressive Devine faced only 45 balls and belted four sixes in her match- winning knock.

Rohit Sharma has smashed his third century of the series and combined with Ajinkya Rahane to lift India to 224 for before bad light forced an early close to the opening day of the third and final test against South Africa.

The unbeaten Mumbai duo added 185 runs for the fourth wicket to rescue the hosts, who looked in dire straits at 3-39 in the morning session after opting to bat in Ranchi.

Rohit's typically fluent 117 not out included four sixes and 14 fours while Rahane hit one six and 11 fours in his unbeaten 83 as they batted through the second session without getting separated.

India, who are seeking a series whitewash to cement their place at the top of the World Test Championship table, gave spinner Shahbaz Nadeem his maiden test cap.

Murray on the verge of his first title in two years

Andy Murray has taken a step closer to a first title in arguably the toughest year of his playing career, grinding out a 3-6 7-5 6-2 win over Ugo Humbert to reach the final of the European Open in Antwerp. 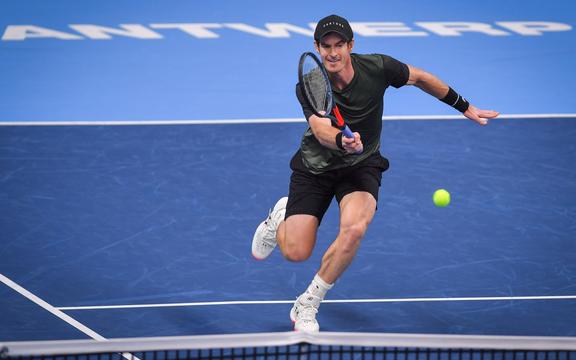 Murray, a furmer world number one, returned to singles action on the ATP Tour in August following a career-saving hip resurfacing surgery in January and will look to lift his first trophy since 2017 in Sunday's final.

After appearing to struggle with a right elbow issue, Murray was pleased with his overall display.

"It's been a long road to get back to this point. I certainly didn't expect it to come so soon since I started playing again," Murray told Amazon Prime.

"It's been a big surprise to me and I'm happy to be through to the final."

Standing in the 32-year-old's way is Swiss Stan Wawrinka, who swatted aside Italian teenager Jannik Sinner 6-3 6-2 to advance to the title clash.

Switzerland's Belinda Bencic has powered past Kristina Mladenovic 6-3 6-4 to reach the Kremlin Cup final in Moscow and secure the eighth and final spot in the season-ending WTA Finals starting later this month. 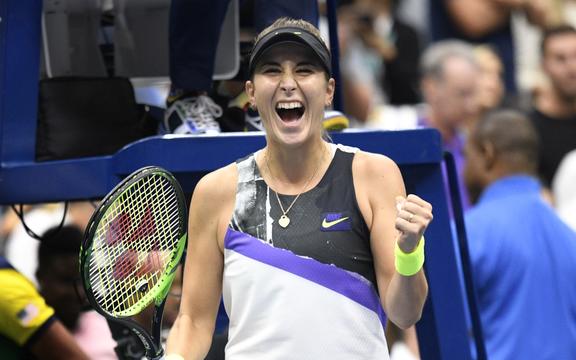 "It's a dream to be competing at the WTA Finals and to be one of the top eight," Bencic said in a courtside interview.

"It makes it even more special that I booked my ticket at the last possible minute. This match had so much pressure and I was so nervous. Now I'm over the moon to win today and achieve this dream."

Before that, Bencic will look to seal her second title of the year after her success in Dubai and takes on 2014 Kremlin Cup champion Anastasia Pavlyuchenkova in the final.

Another Oceania title for Sam Webster.

New Zealand rider Sam Webster has won the men's keirin title on the final day of the Oceania track cycling championships in Invercargill. 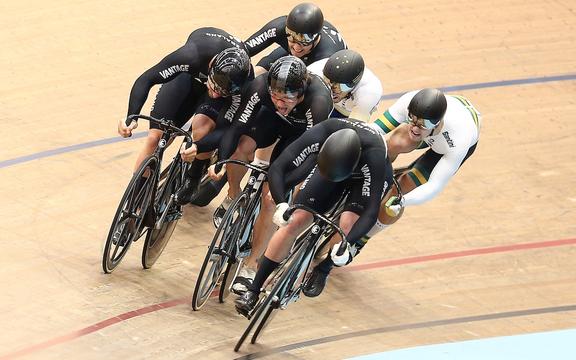 Webster has edged Eddie Dawkins and Jordan Castle in the final for a New Zealand trifecta.

"I've never won the (Oceania) keirin before, I think I've only medalled twice before in 11 attempts," Webster said.

"It's nice to knock that one off and nice to do it from the front. It's the way that I do like to ride and it's a show of strength and a bit of confidence with the three World Cups coming up late November and mid-December."

A qualifying round match in English football's FA Cup between Haringey Borough and Yeovil Town has been abandoned due to alleged racist abuse suffered by Haringey's players.

The match was stopped in the 64th minute with Yeovil leading 1-0 after some fans abused and spat at Cameroonian goalkeeper Douglas Pajetat at Coles Park, the BBC reported.

Haringey boss Tom Loizou led the hosts off the field shortly after the goal was scored and the match was eventually abandoned around 35 minutes later.

Loizou said another of his players, Coby Rowe, was also targeted.

"It's very distressing. The abuse a few of my players got was disgusting," Loizou told BBC Radio 5 live. "They got a penalty and as they were lining up to take it, my goalkeeper got spat at and had a bottle thrown at him.

"Then my number six -- Rowe -- got called names. He got racially abused and there was no way I could let him continue."

Gabriel Jesus and David Silva scored the goals in the day's late match as City put the pressure on Liverpool, who play at Manchester United tomorrow morning.

Leicester City and Chelsea sit two points behind City in third and fourth after beating Burnley 2-1 and Newcastle 1-0 respectively.

A-League newcomers Western United have maintained their unbeaten start to their historic A-League season, playing out an entertaining 1-1 draw with Perth Glory at GMHBA Stadium.

Western United opened the scoring through a delightful strike from marquee Panagiotis Kone, before Kristian Popovic - son of current Perth A-League coach Tony - salvaged a point for the Glory with a late header on Saturday.

"When you think about the first half, it was very dominant display - we really controlled the game," Glory coach Tony Popovic said post-match.

"Unfortunately we couldn't take the lead and then they scored early in the second half which gave them real injection of energy and you could see that they were really (coming) into the game and they were really believing they could get more.

"So it was important that we could stay in the game in that period - Liam (Reddy) made some good saves and the boys that came on obviously gave us some good energy and got us back in it."

South East Melbourne Phoenix have defeated the Illawarra Hawks 106-102 to continue their record-setting start to life in the NBL.

Riding high off a 2-0 start and with Illawarra's high-profile American recruit LaMelo Ball making his first appearance in Melbourne, a crowd of more than 10,000 packed Melbourne Arena on Saturday night to witness the Phoenix win their third game in a row.

The result sees the NBL new boys join the Sydney Kings with a 3-0 record as they set a benchmark for consecutive wins by an expansion team to open a season.

Earlier, the Adelaide 36ers celebrated their first game at their new home venue in style with a 104-98 victory over the Brisbane Bullets.

In front of 7515 fans for the first-ever NBL match at the Adelaide Entertainment Centre, the Sixers' 30-18 second term proved decisive against the gallant Bullets, who never caved, even when falling in a 14-point third-quarter hole.

Another pole for MotoGP world champion

Honda's MotoGP world champion Marc Marquez took his 10th pole position of the season on Saturday ahead of the Japanese Grand Prix at Motegi.

The Spaniard secured his sixth MotoGP title, and fourth in a row, in Thailand on Oct. 6.

Marquez lapped the Twin Ring layout with a best lap of one minute 45.763 seconds, on a drying track after earlier rain, to take pole at the one circuit on the calendar where he had not previously done so.

"It was the only circuit that I still was not able to start on pole and finally we did it," he said.

"It's not the best circuit for us but the main target is to try and finish on the podium."

Three races remain after Japan in Australia, Malaysia and the Spanish circuit of Valencia.