Latest - Andy Murray has battled past Romanian qualifier Marius Copil 6-3 6-7(7) 6-4 at the European Open in Antwerp to reach his first Tour-level singles semi-final in two years. 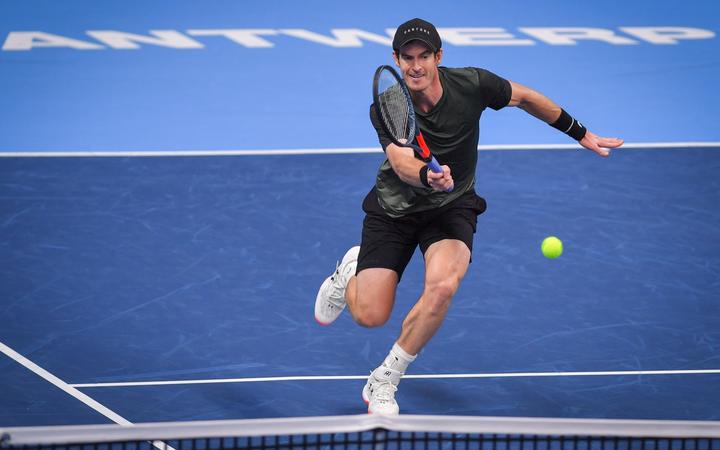 The Briton, back on the ATP Tour after a career-saving hip resurfacing operation in January, was on course for a straight-sets victory but Copil was determined to test his opponent's resolve and clawed his way back to force a third set.

Murray came through with flying colours, converting five out of 14 break points and winning 87% of points on his first serve in the match that lasted two hours and 35 minutes to reach his first singles semi-finals since the French Open in 2017.

Earlier, Swiss Stan Wawrinka wasted a match point in the second set before outlasting Gilles Simon 6-3 6-7(6) 6-2 to reach his first semi-final since February.

RFU confirm All Blacks test in 2020

The Rugby Football Union has announced England will host the All Blacks on November 7 next year. 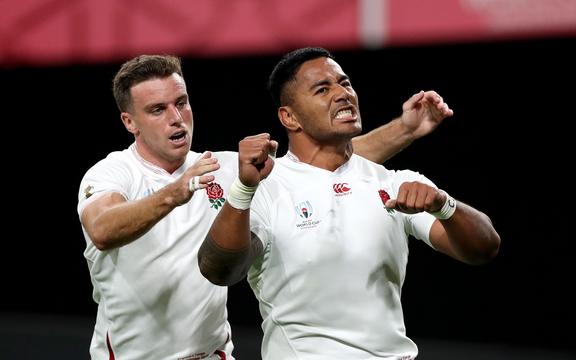 England will then face Argentina, who they beat in the World Cup pool stage in Japan, a week later.

The third match will be against a Tier 2 nation, who are yet to be confirmed, before they sign off against Australia on November 28.

England will face the Wallabies in the first quarter-final of the 2019 Rugby World Cup in Oita tonight.

Bay of Plenty's marched through to the final of the championship in national provincial rugby. 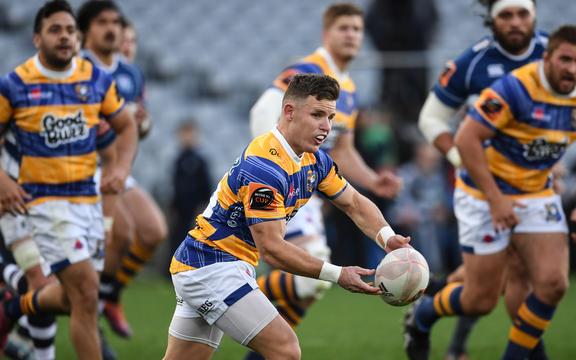 The Steamers have thumped Manawatu 64-3 in the opening semi-final in Rotorua, scoring 10 unanswered tries.

They scored five tries in each half and led 31-3 at halftime.

Bay of Plenty will now host the winner of this afternoon's semi-final between Hawke's Bay and Otago in next week's championship final. 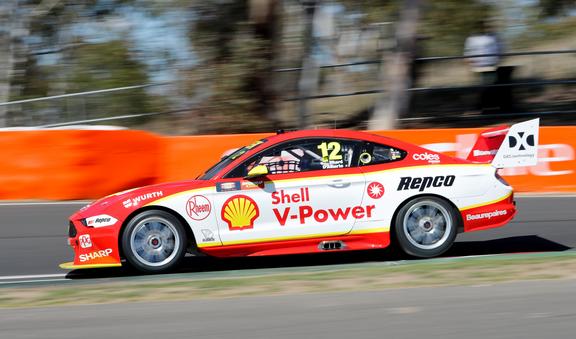 The Confederation of Australian Motor Sport (CAMS) said a hearing would be held on Saturday.

Coulthard was initially slapped with a drive-through penalty after he dramatically slowed down and held up the field behind McLaughlin, who went on to claim his maiden Great Race.

But Coulthard, who is third in the series standings after placing sixth, faces a fine or loss of championship points after stewards had ordered his DJR Team Penske outfit to face a hearing on the Gold Coast.

Officials will investigate whether Coulthard's actions influenced the outcome of the race after if he had followed team orders to slow down.

McLaughlin is not set to be stripped of his first Bathurst victory, but governing body CAMS has confirmed the 2019 Bathurst 1000 results remain provisional until the hearing.

Danny Lee is the best placed of the New Zealand golfers at this week's biggest tournaments. 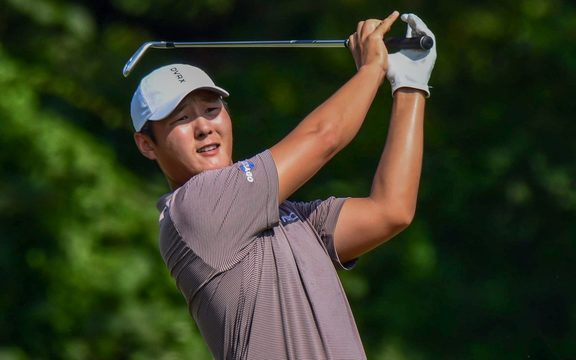 Lee has carded a six-under 66 in his second round of the PGA Tour's CJ Cup in South Korea to be tied for second place at 11-under par.

Fellow Kiwis Ryan Fox and Lydia Ko have slipped down the leaderboard in their respective tournaments.

Fox has carded a three-over par second round at this week's European Tour tournament in France to fall from a share of first to a tie for 13th.

Ko has slipped from inside the top five to a share of 24th after two rounds of the LPGA event in Shanghai.

New Zealand's been beaten 25-12 by Australia in its opening game of the men's World Cup Nines rugby league tournament in Sydney.

New Zealand should still advance on Saturday if they beat both the USA and Papua New Guinea, with the Kumuls beating the Tomahawks 27-10 to finish the night.

Tonga were earlier shocked 30-7 by the Cook Islands, leaving them needing wins of Samoa and Fiji in order to reach the finals.

The Jillaroos showed why they are the favourites to take out the women's World Cup Nines after opening their campaign with an emphatic win over New Zealand.

Skipper Ali Brigginshaw was instrumental in the 22-8 victory with three try assists in the first half alone at Bankwest Stadium in Sydney.

A fortnight after leading Brisbane to back-to-back premierships, Brigginshaw capped off a near flawless performance with a brilliant individual 'bonus' try.

New Zealand will look to keep their hopes of advancing to the final alive when they open day two against PNG.

The pair matched the world record score in the qualification round and then went on to secure the bronze medal in the final, following closely behind gold medallists Italy and silver medallist Sweden.

"I really enjoyed it today as it was exciting and different. Competing in the team event really added some new elements to shooting that haven't been around for quite a long time for me," Johnson said.

New Zealand riders have swept the podium in the women's keirin on the penultimate night of the Oceania track cycling championships in Invercargill.

Ellesse Andrews has kicked clear on the final lap to claim gold ahead of Olivia Podmore and Natasha Hansen, with Australians Stephanie Morton and Kaarle McCulloch left to scrap for the minor placings.

New Zealand champion Kirstie James has also overcome Australian Maeve Plouffe in the final of the women's 3000m individual pursuit, after Plouffe had qualified half a second faster in the morning session.

And Jordan Kerby has finished second in the men's 4000m individual pursuit.

Scots stunned on day one of T20 World Cup qualifying

Scotland have endured a shock last-ball defeat by Singapore on the first day of the T20 World Cup qualifying tournament in the United Arab Emirates.

Scotland, the highest-ranked team in the tournament at 11th in the ICC list, went down to a two-run defeat against a side 10 places below them.

Kyle Coezter's team got off to the perfect start by taking two wickets inside the opening seven balls, with Josh Davey and Safyaan Sharif both claiming the first of two wickets each during the innings.

But Singapore steadied the ship in Dubai and finished on 168-6, with Aritra Dutta hitting 32 from 15 balls.

Scotland needed 11 runs from the final over but lost three wickets (MacLeod, Sharif and Alasdair Evans) and finished on 166-9.

Pakistan have sacked Sarfaraz Ahmed as their captain across all formats, naming Azhar Ali as the new test skipper ahead of their two-match tour of Australia.

Sarfaraz's struggles with his form have also prompted selectors to drop the wicketkeeper-batsman.

"It has been a difficult decision to drop Sarfaraz Ahmed, who has performed well as a player and a leader," Pakistan Cricket Board (PCB) chairman Ehsan Mani said on Friday in a statement.

"But, his loss in form and confidence is visible and, in the best interest of the team, it has been decided to leave him out and provide him the opportunity to reflect and regroup himself and try to reclaim his form away from international cricket."

Babar Azam will captain the Twenty20 squad, while a new ODI skipper would be named later, the PCB said.

Barcelona's upcoming Spanish La Liga match at home with Real Madrid has been postponed over security concerns amid violent political demonstrations in Catalonia,.

Following huge demonstrations over the jailing of nine Catalan separatist leaders, the league's organising body made an official request to the RFEF this week for the October 26 game to be rearranged.

The federation approved that request on Friday, adding that it was up to the two clubs to arrange a new date for the game before a deadline of October 21. Failing that, the committee would determine the new date.

Barca said in a statement they wanted the rearranged game to be played on December 18, adding that they were in favour of the game going ahead on October 26 and opposed La Liga's proposal to move the game to the Santiago Bernabeu on the same date.

The RFEF said Real were also in favour of playing the match on December 18.

Teams from Kosovo and Russia will be kept apart in European football competitions indefinitely because of security risks.

"Having taken account of the security risks surrounding matches between teams from Russia and Kosovo, the (emergency panel) decided that the two teams shall no longer be drawn against each other in any future UEFA competitions until further notice," said UEFA in a statement.

UEFA added that two matches already scheduled between Kosovo and Russia in the women's Euro 2021 qualifying tournament would go ahead, but on neutral venues. The first meeting was due to be played on Oct. 4 but was postponed until a date to be decided.

Kosovo was granted full membership of UEFA and FIFA in 2016 despite strong opposition from Serbia.

UEFA often keeps teams apart where it considers that matches could be politically sensitive.

Melbourne Victory remain winless after two games, while Western Sydney have jumped to the top of the A-League table provisionally with a 2-1 win at Marvel Stadium.

The Wanderers earned a valuable three points - their second win in as many matches - with the highlight a Keanu Baccus stunner in the 54th minute.

"In the second half ... the boys were believing that we can get a result here, so that for me was more important than the win, the reaction at halftime in the changing room," coach Markus Babbel said, post-match.

"The boys were really honestly believing we can get a result here and this is the right way ... and in the end, the win is not stolen.

"It was a tight game because Victory's a strong side but, if I watched the full 90 minutes, I think the better chances, we had."

An MRI exam has confirmed Kansas City Chiefs quarterback Patrick Mahomes dislocated his right kneecap against the Denver Broncos, but he sustained no other significant damage.

ESPN's Adam Schefter, citing league sources, tweeted that the MRI result was a "best-case scenario." That means a limited absence for the reigning league Most Valuable Player of "about three games," Schefter reported.

After the injury, the Chiefs turned to veteran backup Matt Moore, who completed 10 of 19 pass attempts for 117 yards and a touchdown.

In 10-plus NFL seasons with the Carolina Panthers, Miami Dolphins and Chiefs, Moore, 35, has completed 59.4 percent of his passes for 7,055 yards with 46 touchdowns and 36 interceptions.