Hooper played for Norwich City in the premier league and Sheffield Wednesday in the Championship and also spent four seasons with Scottish premiership side Celtic.

The club has been chasing a genuine out and out goal scoring striker since the departure of A league Golden Boot winner Roy Krishna. 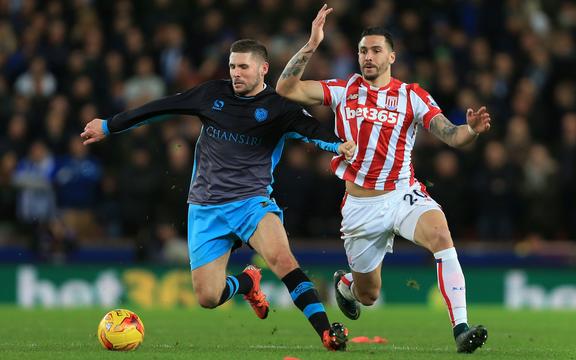 "His CV is on paper arguably the most impressive of any Wellington Phoenix player to date and I have no doubt he'll contribute - and I'm sure that football fans across New Zealand and Australia will be thrilled to see a player like Gary in action for Wellington," Phoenix general manager David Dome said.

The Phoenix's match against Perth Glory on October 27th is expected to be Hooper's first game for his new club.

Thirty New Zealand cricketers have put their name forward for the inaugural The Hundred draft. 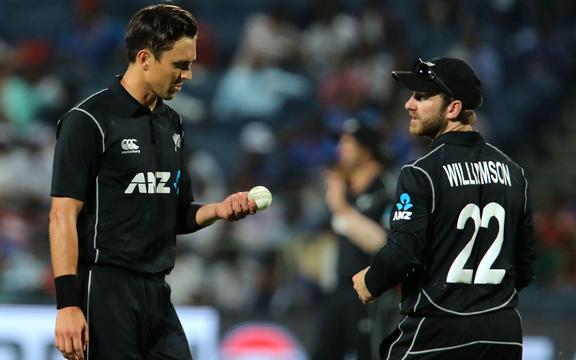 The top English players have already been selected by the eight city-based franchises for the 100-ball game.

In total 239 overseas players have registered for next week's draft.

Trent Boult and Kane Williamson have put themselves up for the second top reserve price of 100 thousand pounds.

Henry Nicholls and Tom Latham are the only two members of this year's World Cup final team that aren't in the draft.

Bulgarian police have identified 15 fans they suspect are responsible for subjecting black England football players to racist abuse and arrested six of them.

The nine not arrested are under police investigation, with three wanted.

England's 6-0 Euro 2020 qualifier win over Bulgaria in Sofia on Tuesday was stopped twice in the first half following racist chanting by home supporters.

American boxer Patrick Day has died in Chicago as a result of the traumatic brain injury he suffered during his fight at the weekend, where he was knocked out by Charles Conwell in the 10th round. 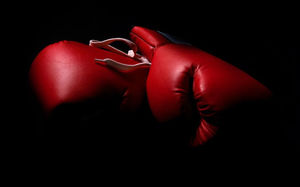 Day, 27, had been in a coma for four days following his defeat and, despite having emergency brain surgery at Northwestern Memorial Hospital, doctors were unable to save the junior middleweight.

Day was rushed to the hospital on a stretcher after Conwell landed a flurry of punches that left him motionless on the canvas.

The England women's team's match against Germany at Wembley Stadium next month has sold out, setting up the prospect of a record crowd for a women's football international in Britain.

The friendly on 9 November at the 90,000-seat stadium is expected to beat the previous record crowd of 80,203 who watched the 2012 London Olympic final between the United States and Japan.

The attendance is also set to exceed the record for an England women's home fixture of 45,619, set in the game against Germany at Wembley in 2014.

Phil Neville's England team finished fourth at this year's women's World Cup in France and almost 12 million people tuned in to watch their 2-1 semi-final defeat by the U.S.

The attendance record for any women's soccer match is 90,185 for the 1999 World Cup final in Pasadena, California in which the U.S. beat China on penalties.

Formula One has reached an agreement in principle to host a race at Miami's Hard Rock Stadium from 2021. 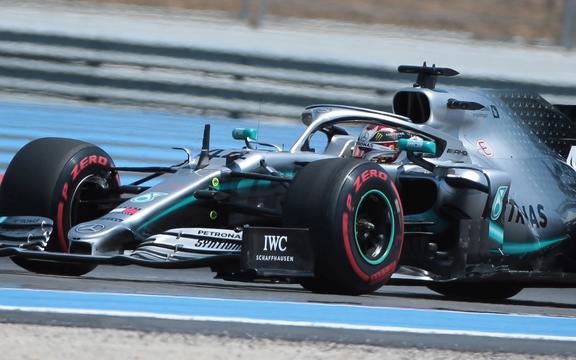 The proposed Grand Prix on a track around the stadium, that is the home of the Miami Dolphins, would be a second F1 race in the United States, alongside the US Grand Prix at Austin's Circuit of The Americas.

It is subject to a vote by the Miami-Dade County later this month.

If the race is given the go-ahead, F1 will return to Florida for the first time since the 1959 US Grand Prix at Sebring.

Today's game 4 of the American League Championship Baseball Series between the visiting Houston Astros and New York Yankees has been postponed because of expected inclement weather.

The postponement decision was made approximately eight hours before the scheduled start time.

First pitch for Game 4 will now be 24 hours later, while Game 5 has been rescheduled for Friday night at Yankee Stadium.

The Astros hold a 2-1 lead in the best-of-seven series after posting a 4-1 victory yesterday.

The winner of the ALCS advances to the World Series to face the Washington Nationals, who completed a four-game series sweep of the St. Louis Cardinals yesterday.

The New Zealand men's sprint team have ridden their fastest ever time on the opening night of the Oceania track cycling championships in Invercargill. 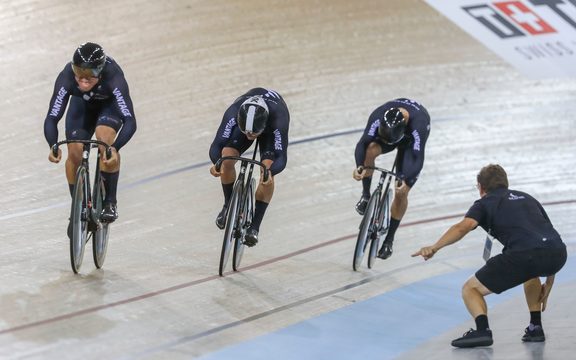 The trio of Sam Webster, Ethan Mitchell and Eddie Dawkins, who have won three world championships, prodcued an Oceania championship record winning time of 42.508sec to win the gold.

Making a rare appearance on his home track, Southlander Dawkins was elated with the result.

"To ride the fastest time we've ever done, it's pretty unreal. Everything clicked, and clicked twice. We rode really close to our PB in the first round and to be able to back it up bodes well for the future," Dawkins said.

Australia's world champions Kaarle McCulloch and Stephanie Morton broke their own championship record on the way to taking out the elite women's team sprint from the young New Zealand pairing of Olivia Podmore and Ellesse Andrews.

Olympic marathon on the move

The Olympic marathon and race walking events during Tokyo 2020 will be moved to Japan's northernmost island of Hokkaido from originally planned courses in the capital due to worries about heat. 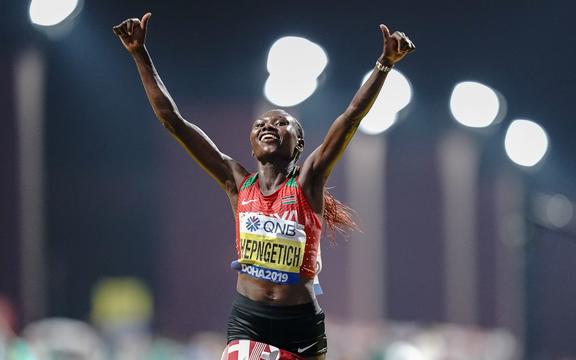 "Athletes' health and well-being are always at the heart of our concerns," IOC President Thomas Bach said in a statement.

Organisers had been looking for ways to protect athletes and spectators from Tokyo's sweltering temperatures expected during next year's Summer Olympics and Paralympic Games.

Tokyo held a test marathon in September, featuring tents equipped with mist machines for spectators. Officials had also been planning to hold longer-distance races during cooler hours, but questions had persisted over whether such steps were enough.

Suffocating humidity and high temperatures at the recent world championship marathon in Doha proved gruelling despite a midnight start. Nearly a third of the 70 starters failed to reach the finish line, fuelling debate over athletes' welfare.

Temperatures in Tokyo during July and August, when the city hosts the Olympic and Paralympic Games, commonly exceed 30 degrees Celsius, with high humidity adding to the discomfort.

Sapporo temperatures during the period are as much as five to six degrees centigrade cooler during the day than in Tokyo, the IOC said. 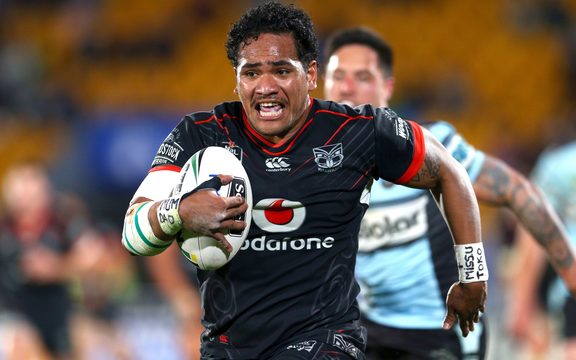 The 24-year-old has signed a three-year contract with the Canberra-based Super Rugby franchise, having previously played in the NRL with the New Zealand Warriors and Melbourne Storm.

Capped six times by Tonga, and on five occasions by the Kiwis, the utility back has been signed from 2020 to add depth to the Brumbies backline.

"He is a point of difference player with a physical profile to add to our squad," said Brumbies coach Dan McKellar.

Kata, who scored 45 tries in 93 matches for the Warriors, joins the Brumbies from the Storm, where he did not make a first grade appearance.

NRL boss Todd Greenberg admits the SCG isn't the greatest place to experience rugby league, but won't apologise for ultimately making a deal that sees the grand final stay in Sydney through until 2046. 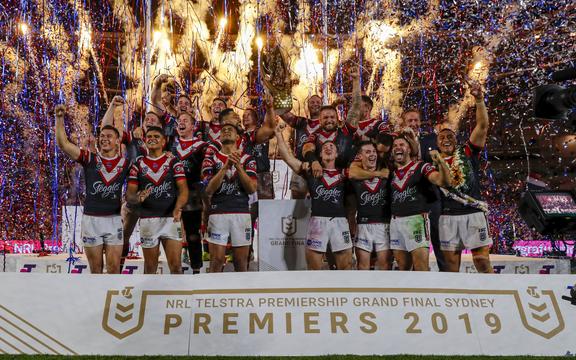 The NRL has announced it has struck an agreement with the NSW government that ensures its decider will be at the SCG for the next two years.

Allianz Stadium will host the 2022 decider before the league's showpiece event heads back to a renovated ANZ Stadium the following season.

Another 25-year deal with the state government begins in 2022.

The development comes despite fierce criticism of the NRL staging games at the SCG this past season while the Moore Park venue undergoes its reconstruction.

Greenberg said the decision was based on short-term pain, which reportedly includes a $15 million payment from the NSW government to compensate the NRL for hosting the grand final at smaller capacity stadiums for three years. 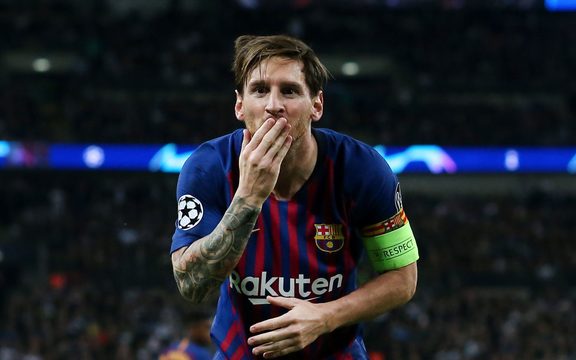 The award is presented to the top goalscorer in league football across Europe, with the Argentine finding the net 36 times last season as Barca retained their La Liga title.

Messi was three ahead of nearest rival Kylian Mbappe, who scored 33 times for Paris St Germain as they won France's Ligue 1.

Barca have endured a difficult start to the season, losing twice in their first eight league games. They have won their last three matches to pull themselves into second place on 16 points, two behind leaders Real Madrid.

The ICC confirmed the three players - Naveed, Qadeer Ahmed Khan and Shaiman Anwar Butt - along with Mehardeep Chhayakar, a participant in cricket from Ajman, were charged with a combined 13 counts of breaching the code.

Naveed faces four charges, including an agreement to "fixing or contriving" aspects of matches in the upcoming World Twenty20 qualifiers.

Top-order batsman Butt is also under investigation for an effort to influence results or any other aspect of matches ahead of the qualifiers, which are scheduled to be played in the UAE starting Friday.

The competition will decide the last six teams to play at the T20 World Cup in Australia next year.

Spain's top football division has asked that this month's El Clasico match between Barcelona and Real Madrid be moved from Barcelona to the capital amid growing protests in Catalonia. 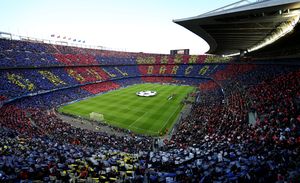 Nine Catalan separatist leaders were jailed for between nine and 13 years on Monday for their roles in an illegal referendum and subsequent failed independence bid, sparking protests and clashes across the region. Barcelona is the capital of Catalonia.

The match is due to take place on October 26 at Barca's Camp Nou stadium. But La Liga has asked the Spanish Football Federation to reverse the fixture.

The second meeting of the season is due to take place in Madrid in March.

The announcement of the jail terms triggered mass protests across the region, with chaos at Barcelona's El Prat airport leading to the cancellation of dozens of flights as well as clashes between police and protesters.

More than 40,000 people took to the streets with 125 wounded, with the authorities saying none of the injuries suffered were serious.