Latest - A scrappy Wales were made to work hard for victory against Uruguay but prevailed with a bonus point 35-13 win in Kumamoto to top Pool D and set up a quarter-final with three-times finalists France. 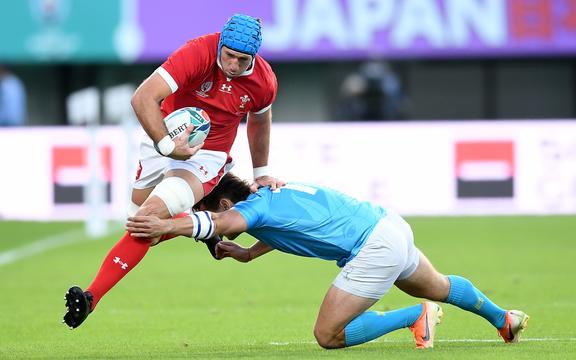 Wales clung to an eight-point lead with seven minutes left until a strong carry by Leigh Halfpenny scattered the Uruguayan defence and opened up a hole for Tomos Williams to settle the matter with the bonus-point try.

Coach Warren Gatland was a picture of discontent for much of the evening as his team were denied four tries, including two from forward passes.

The Welsh win ensures Australia will play England in another quarterfinal with England.

A moment of silence was held before the game for victims of Typhoon Hagibis, which pounded into Japan's main island of Honshu on Saturday.

Meanwhile Tonga gave captain Siale Piutau a parting gift of a first victory of the Rugby World Cup with a 31-19 win over the United States that left the Eagles pointless at the end of their campaign.

Piutau, who was celebrating his 34th birthday in his 43rd and final test at his third World Cup, scored a try and kicked the last conversion at Hanazono Rugby Stadium as the Tongans finished off their tournament in style.

Valtteri Bottas swept to victory in the Japanese Grand Prix as Mercedes clinched the Formula One constructors' championship and guaranteed themselves an unprecedented sixth consecutive title double. 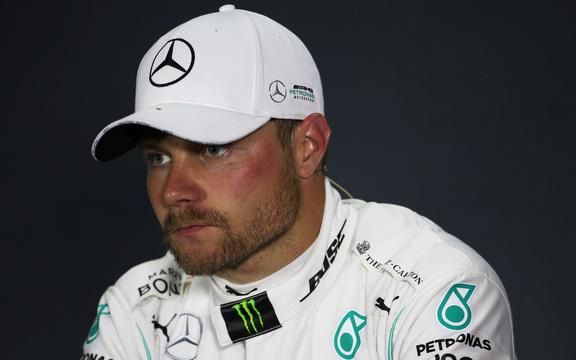 The Finn crossed the line 11.3 seconds ahead of Ferrari's Sebastian Vettel, who made a hesitant start from pole position and had to fend off a charging Lewis Hamilton in the closing laps.

The result moved Mercedes 177 points clear of Ferrari, allowing them to wrap up a record-equalling sixth consecutive constructors' crown, with a maximum 176 points from four races still to be won.

It also assured Mercedes of the drivers' title with only Bottas now capable of challenging five-times world champion Hamilton, whose lead narrowed to 64 points. 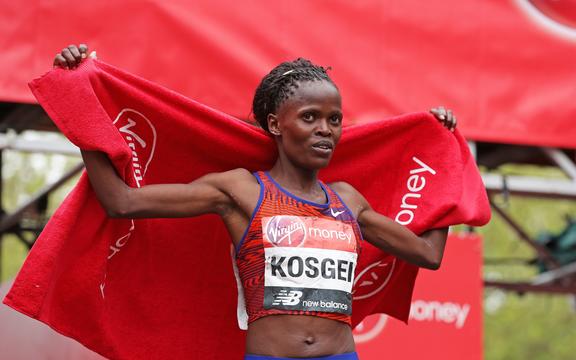 The 25-year-old Kosgei retained the title she won in 2018 and added to the London marathon from earlier this year.

But it is the time rather than another major victory which is most notable.

Radcliffe's 2:15.25 from London 2003 was considered out of reach for even the best female runners until recently and Kosgei cut it by one minute and 21 seconds.

The race was the first for Farah since his former coach Alberto Salazar was banned from the sport for four years by the US Anti-Doping Agency for "orchestrating and facilitating prohibited doping conduct",

India romp to win over Proteas

India have maintained their formidable home record, crushing South Africa by an innings and 137 runs in the second cricket Test in Pune to clinch the three-match series.

Made to follow on, South Africa were bowled out for 189 in their second innings in just over two sessions, as the hosts took an unassailable 2-0 lead in the series.

It was the fourth-straight win in as many Tests in the World Championship for Virat Kohli's men, who also won 2-0 in the West Indies. 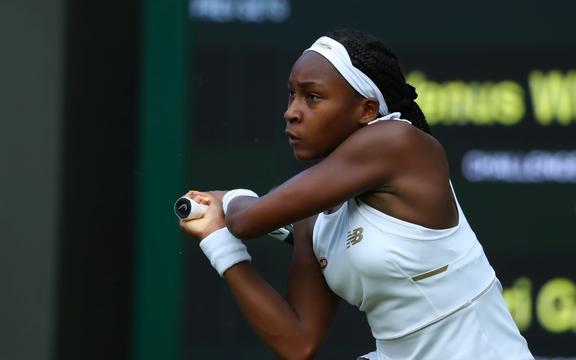 She becomes the youngest WTA singles title holder since Nicole Vaidisova of the Czech Republic claimed her maiden crown in Tashkent at the age of 15 in 2004.

It concludes a remarkable week for Gauff, who went from failing to win her qualifier to entering the main draw as a lucky loser.

Biles greatest of all time

American Simone Biles has become the most decorated gymnast in world championship history after winning the beam and floor finals to take her career tally to 25 medals. 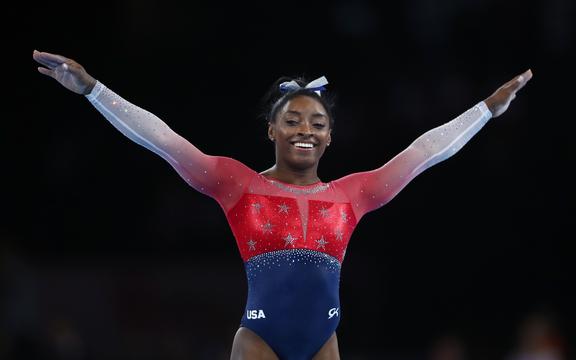 Soon after securing a convincing victory on the beam in Stuttgart to overtake Belarusian Vitaly Scherbo's record tally of 23 world medals, the 22-year-old Biles successfully defended her floor title to win medal number 25.

The four-time Olympic champion is now the owner of 19 gold medals across four championships against 12 for Scherbo, who competed in five world events between 1991 and 1996.

Making her final appearance of the week in front of a raucous crowd, Biles wasted no time as she landed a superb triple-twisting double back flip -- known as the Biles II - on her first pass.

The NRL's integrity unit is investigating video footage of a brawl on a Bali street, allegedly involving a Melbourne player.

Footage of the incident was shared on social media on Sunday, the altercation occurring in a busy holiday area and went from the footpath onto the busy street.

The NRL is speaking with the Storm about the matter.

Russian Daniil Medvedev beat Alexander Zverev 6-4 6-1 to lift his fourth title of the season at the Shanghai Masters on Sunday.

Germany's Zverev started the match with a 4-0 head-to-head record in his favour against Medvedev but had conceded that his opponent was "probably the best player in the world" at the moment.

U.S. Open runner-up Medvedev, playing in his sixth straight final, broke Zverev twice to close out the opening set in front of a packed crowd.

The 23-year-old was at his ruthless best in the second set as he raced to a 5-0 lead before Zverev finally showed some resistance to hold serve.

Yet Medvedev then served out the match with an emphatic ace to claim his second consecutive ATP Masters 1000 crown following his triumph in Cincinnati.

The world number four improved his 2019 win-loss record to 59-17, including a Tour-leading 46 victories on hard courts this season.

He has already qualified for the season-ending ATP Finals in London, alongside Novak Djokovic, Rafa Nadal, Roger Federer, Dominic Thiem and Stefanos Tsitsipas.