Latest - All Black midfielder Sonny Bill Williams has another offer to return to rugby league in 2020. 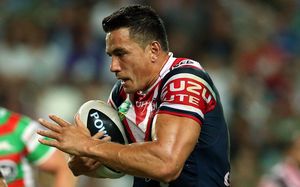 The Canadian outfit are on the lookout for big-name signings following their promotion from the second-tier Championship and intend to follow up on their initial approach to the dual-code international once his Rugby World Cup commitments are over.

McDermott told the PA news agency that Toronto want to bring in a David Beckham- type player to do for the Wolfpack what the former Manchester United favourite did for LA Galaxy and that Williams fits the bill.

"Sonny Bill Williams has shown interest in us and that's what it is at the moment," McDermott said

Williams is off contract with New Zealand Rugby after the World Cup.

A couple of NRL clubs have also expressed interest in signing him, including his former club the Bulldogs.

Belgium's the first team to qualify for next year's European football championships.

The world's top ranked team has thumped lowly San Marino 9-0 in Brussels to clinch a top two finish in its Euro 2020 qualifying group. 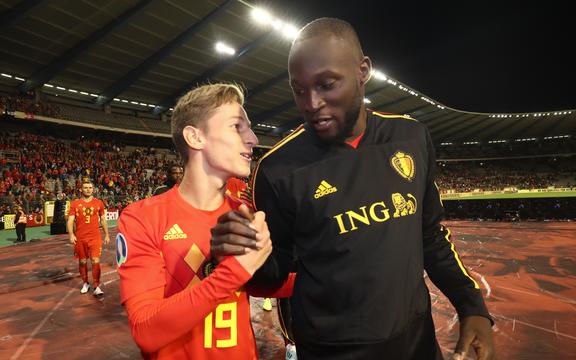 Russia's on the verge of joining Belgium in qualifying from Group I after beating Scotland 4-0.

World Cup runners-up Croatia have moved three points clear at the top of Group E after beating Hungary 2-0, while Slovakia drew 1-1 with Wales.

It leaves the Welsh fourth in the group, six points behind Croatia, but with a game in hand.

And the Netherlands have scored three late goals to beat Northern Ireland 3-1 in Rotterdam and move to the top of Group C.

Braden Hamlin-Uele, Corey Harawira-Naera, Charnze Nicoll-Klokstad and Zane Tetevano are in line to make their debuts in the New Zealand Kiwis' coming Tests against the Kangaroos and the Great Britain Lions. 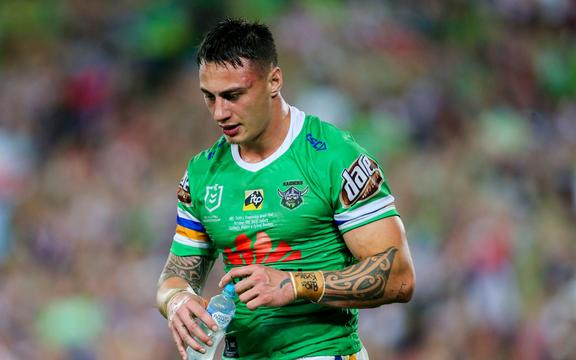 The four players have all been named in a squad which also features returns for winger Jamayne Isaako and back rowers Kevin Proctor and Joseph Tapine who weren't involved in the June Test victory over Mate Ma'a Tonga at Mount Smart Stadium.

Tokoroa product Tetevano now has a third opportunity to play his first Test.

He was selected but then ruled out of last year's end-of-season programme with injury and was then in the 19-man squad but didn't make the playing 17 when the Kiwis beat Mate Ma'a Tonga 34-14 in June.

Of the 19 players in the squad for the Tonga Test in June, 15 return for the internationals against the Kangaroos and the Lions. Four of the playing 17 are unavailable due to injury - captain Dallin Watene-Zelezniak, prop Jesse Bromwich, centre Esan Marsters and back rower James Fisher-Harris.

The New Zealand men's hockey team has been beaten 2-1 by Japan in the first of four matches in Stratford. 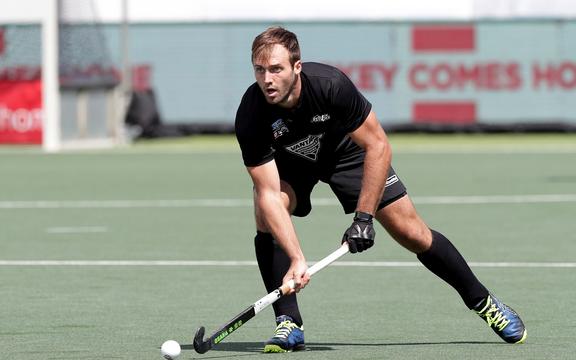 The Japanese led one-nil at halftime, courtesy of a goal in the 11th minute and then doubled their advantage midway through the third quarter.

Nic Woods then scored what was ultimately a consolation goal for the Black Sticks with just six minutes remaining.

The second match is on Saturday.

The Black Sticks are using the series to prepare for the two-match Olympic qualifying series against South Korea, which will also be held in Stratford early next month.

Kiwi Ferns head coach Justin Morgan has named a vastly-experienced side ahead of the much-anticipated Test match against the Jillaroos in Woolongong on Friday, 25 October.

They both scored in the Broncos' impressive 30-6 win over St George Illawarra and are now joined by teammate and powerhouse prop Amber-Paris Hall in the Test squad.

Matangiroa Flavell and Brooke Blair have been added to the Tall Ferns squad that played at the Asia Cup in India last month.

Flavell, like Ella Fotu and Amy West, debuted for the Tall Ferns on the tour of Japan and Taiwan in July, while Blair returns to the Tall Ferns ranks for the first time since last year's William Jones Cup.

"It would be cool if all three of us were selected as I don't think we have all been on the same team since my final year at Rangitoto," Blair said.

"Playing in front of friends and family would be a fantastic experience."

The Tall Ferns will host China, South Korea and the Philippines, with the two highest-placed teams moving on to one of four global qualifying tournaments in February.

Steamers too good for Southland

Bay of Plenty has moved to the top of the championship table in national provincial rugby.

The Steamers have overturned a 12-5 halftime deficit to beat Southland 22-12 in the opening match of the final round in Invercargill.

If the Magpies can't manage an upset, Bay of Plenty will have home field advantage throughout the championship playoffs.

Another title for Biles 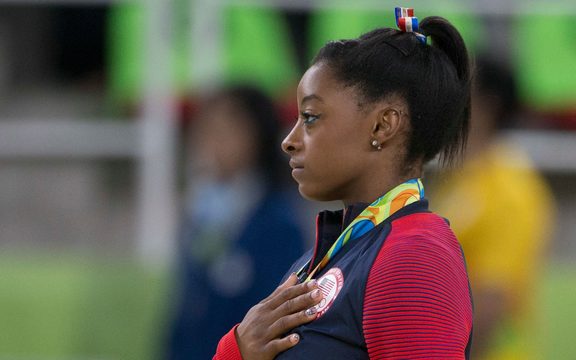 The 22-year-old Biles is now just one short of Belarusian Vitaly Scherbo's record haul of 23 medals - a milestone she could surpass by the end of the individual events at the championships this weekend.

Virat Kohli and Ajinkya Rahane added 75 runs in an undefeated fourth-wicket partnership as India finished at 273 for three at stumps on the first day of the second Test against South Africa.

Play ended early in Pune with 4.5 overs still to be bowled owing to bad light. Kohli is unbeaten on 63, Rahane is 18 not out.

Opener Mayank Agarwal earlier scored his second test hundred. Following his maiden double hundred in the first test, the opener faced 195 deliveries and hit 16 fours and two sixes in his 108.

India have a 1-0 lead in the three-match series after winning the first Test in Visakhapatnam by 203 runs.

Tennis star Naomi Osaka has taken steps to give up her US citizenship to play for Japan in the 2020 Olympics. 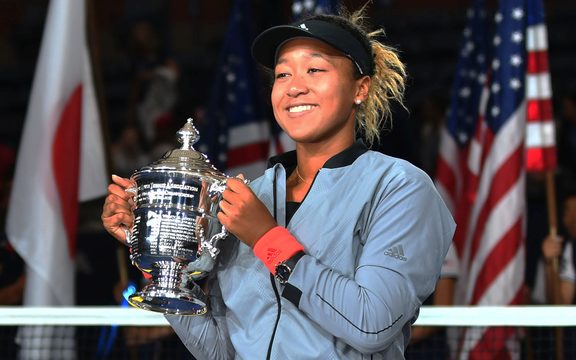 The 21-year-old, born in Japan to a Haitian father and Japanese mother but raised in the United States, told Japanese broadcaster NHK it will be special for her to represent host Japan at the Tokyo Games.

Osaka, who will turn 22 on Wednesday, faced that deadline to relinquish one nationality because neither Japan nor the United States permits dual citizenship for adults.

Japan, which has long prided itself on being homogeneous, is becoming more ethnically diverse. But prejudice remains against "haafu", or half-Japanese, including cases of bullying against mixed-race children.

And while Japan has largely embraced Osaka, she still faces some indignities.

Two weeks ago, Osaka laughed off comments by a Japanese comedy duo who said she was "too sunburned" and "needed some bleach", and turned the tables with a plug for Japanese cosmetic giant Shiseido, one of her sponsors.

In January, Japanese noodle company Nissin removed a commercial in which a cartoon character depicting Osaka was shown with pale skin and light brown hair, after it prompted an outcry.

MotoGP back in Brazil

MotoGP has signed a five-year contract to return to Brazil from 2022 with the race to be held at a planned new circuit in Rio de Janeiro.

Rio last hosted a round of the motorcycle world championship in 2004 at the old Jacarepagua circuit that was demolished to make way for the 2016 Summer Olympics.

Formula One is also set to switch to Rio from Sao Paulo, whose contract runs through next year.

Brazilian president Jair Bolsonaro said in May that the new track, to be named after late triple world champion Ayrton Senna and funded by private investment, could be built in six to seven months.

Formula One drivers at this weekend's Japanese Grand Prix said they trust race organisers to make the right call regarding any changes to the event schedule, with Typhoon Hagibis threatening to disrupt Saturday's qualifying session at Suzuka.

The tropical storm, categorised as a super-typhoon, is predicted to be one of the most violent to hit the region in recent years and expected to strike the Tokyo area this weekend.

The 5.8-km Suzuka track, located about 300km south-west of Tokyo, is expected to feel the brunt of it on Saturday, jeopardising the final practice session and qualifying, which decides the starting order for Sunday's race.

F1 organisers have held off on a decision about whether to cancel Saturday's racing, saying they were working to minimise disruption to the weekend timetable and keeping a close eye on the advance of the storm, with safety the top priority.