James Tedesco scored a try seven minutes from time to give the Sydney Roosters a 14-8 victory over the Canberra Raiders and unprecedented back-to-back National Rugby League (NRL) titles. 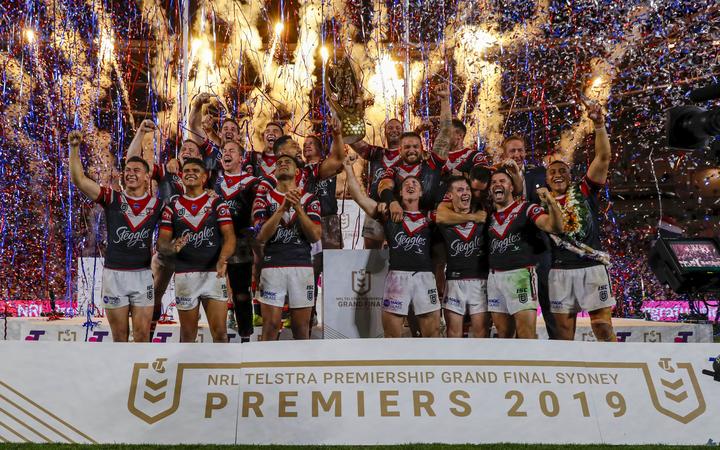 With the Grand Final deadlocked at 8-8, left winger Daniel Tupou found Tedesco on his inside and the fullback ran 20 metres to touch down and give the Roosters a third Australian title in seven years under coach Trent Robinson.

In an incident before the try which is sure to fire debate for weeks, maybe years, to come, the referee indicated another set of six tackles for Canberra only to change his mind and force the Raiders to hand over the ball.

With the scores tied at 8-8, the Raiders had the Roosters on the rack and looked to have earned a repeat set when Tedesco failed to reel in a Jack Wighton bomb.

Referee Ben Cummins waved his arms in the air to signal six again but, when Wighton was tackled with the ball, they ruled a turnover. 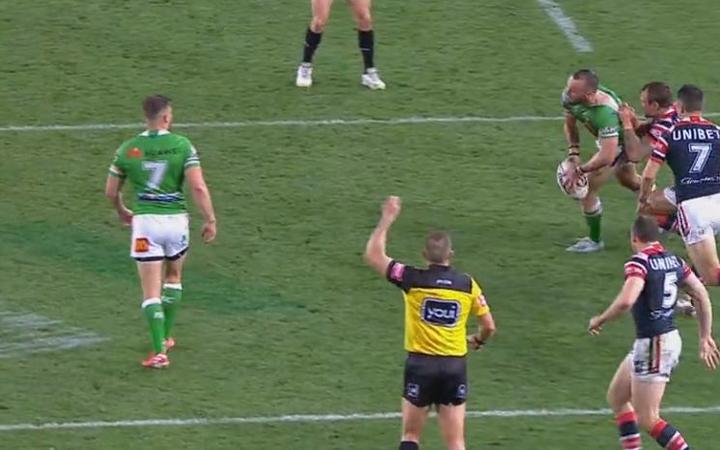 The Roosters then scored off the next set, with Luke Keary exploding down the blind side and Latrell Mitchell producing a beautiful flick pass to unlock Daniel Tupou for Tedesco to score between the posts.

While he has been outspoken in his criticism of referees throughout his career, coach Ricky Stuart bit his tongue, saying he didn't want to take the gloss off the Roosters' historic win.

"Instead of me saying what I think and then getting abused by everybody in regards to my unsportsmanship manner, you write what you think," Stuart said.

"The first thing I did when I went onto the field was congratulate the four officials. No one goes out there to make a mistake."

Roosters coach Trent Robinson added: "You can talk about lots of decisions throughout the game.

"But we nailed the execution on the opportunity we have."

The heavily favoured Roosters opened the scoring in the sixth minute through rookie hooker Sam Verrills and centre Latrell Mitchell extended the lead to 8-0 with a 20th-minute penalty.

Canberra, the surprise package of the season, hit back with a converted try from five eighth Jack Wighton after half an hour and Jarrod Croker kicked a penalty to level up the scores nine minutes into the second half.

The penalty was awarded against Cooper Cronk for tackling Josh Papalii without the ball and the Roosters halfback was sent to the sin bin for his transgression. 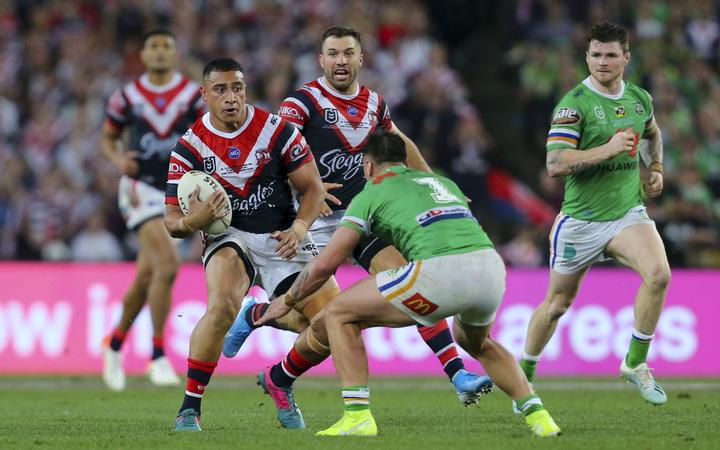 The short-handed Roosters, who represent the glamorous beachside suburbs around Bondi, were forced to dig deep in defence as Canberra chased the winning score but they held firm until Cronk returned.

"I tell you what, it took heart and soul for this club to defend for that time and then counter and score points," said Cronk, who was playing the final match of his glittering career before retirement.

"This club cops a lot of criticism but it's got one big heart, one big soul and an awful lot of good people."

No team has won successive titles since the NRL began in 1998 when the professional game was reunited after a schism known as the "Super League War".

"It's just hard to swallow," said Wighton, who won the Clive Churchill Medal as the game's best player.

Tedesco also scored the winning try in the last seconds of this year's State Of Origin decider, crossing to give New South Wales back-to-back triumphs with a 2-1 series win over Queensland.