Young New Zealand thrower Jacko Gill has overcome a life-threatening illness and a lot of self doubt to qualify for a second world championship final. 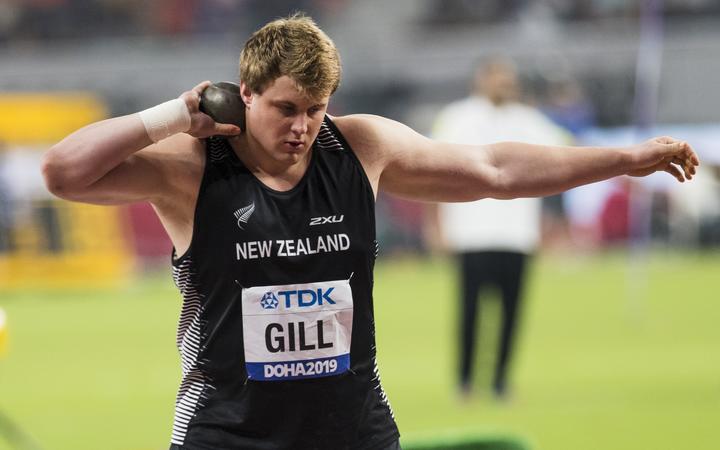 It is Gill's second appearance at a worlds, after finishing eighth as a 20-year-old in 2015.

But being back amongst the top 12 throwers on the planet is extra satisfying, given he missed the 2017 worlds with injury and then was ordered to rest for eight months and sit out the Gold Coast Commonwealth Games after being diagnosed with myocarditis, an inflammation of the heart.

"I doubted myself a lot when I was sick so it's nice to be out here now," Gill said.

"It was a long road back [and] I've been through some pretty dark places...so it means a lot more than what it did in my first one."

Despite finding the shot put circle in Doha "a little bit slippery", Jacko Gill recorded a first throw of 21.12m, just 35 centimetres shy of the personal best he set last month, to qualify automatically for the final.

"It's feeling good. Still a lot to learn. A few things I could do better for the final so we'll sit down and make those changes."

Gill was one of four throwers to progress from the second qualification group, after Walsh set the standard in the first group with a first up throw of 21.92m. 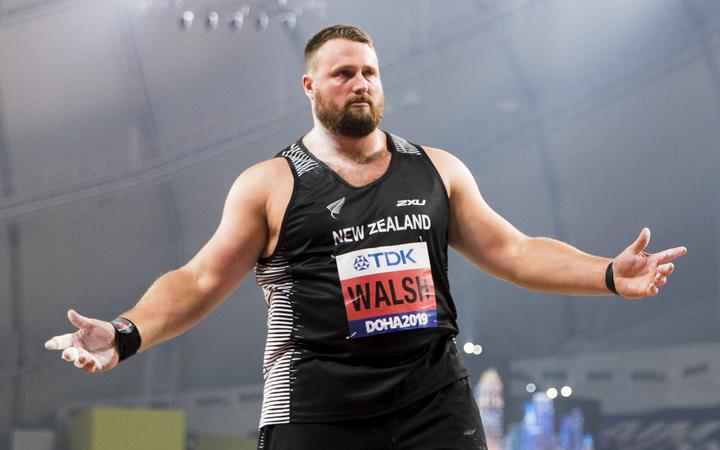 "Exactly what I wanted to do. You want to come out and throw one and get it over and done with and put the feet up as fast as you can," Walsh said.

The reigning champion was prepared for the heat in Doha, having attended the Diamond League meeting in Qatar's capital in May and isn't worried by the poor crowds that have marred the championships.

"Look there's a lot of talk about the crowd numbers being down, but there's still a good amount of atmosphere out there and it's good the stadium has A/C as well.

"I try and stay out of the extreme heat. I warm up in the indoor area and then try and go straight to the call room, which has got A/C as well, and then straight out here.

"Part of the reason coming for the Diamond League earlier this year was to sort out those things and that's exactly what I'm used to out here."

Walsh believes the final is "going to be crazy".

"It's an amazing field with eight guys who've already thrown over 22 metres. Eight of the those can throw far enough to win it so it's going to be good old shoot off.

"I think if you throw around 22.50m it'll give you a chance to defend to my title. Whether you win or not is another story, but I think it will give it a good go.

"If you throw over 22 you may not get a medal either, but then again who knows."