Tom Walsh believes he's going to have to throw a season's best to defend his world shot put title in Doha. 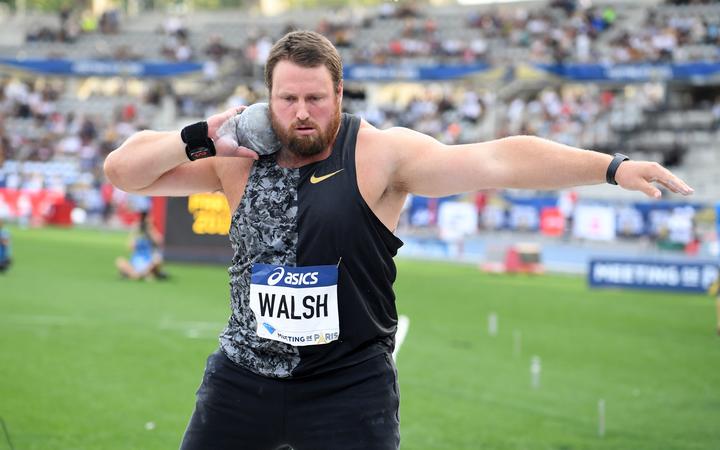 Tom Walsh on his way to throwing a season's best 22.44m at the Diamond League meeting in France. Photo: Photosport Ltd 2019

The South Canterbury builder has recorded a best of 22.44m this year, which ranks him third in the world behind American Ryan Crouser (22.74m) and Brazil's Darlan Romani (22.61m).

Walsh won with a throw of 22.03m in London in 2017, but expects that'll be the minimum requirement to challenge for a podium place at the World Athletics Championships this year.

"If you throw 22.50ish you'll give yourself a shot of winning and whether you do or not is really just depending on what happens on the day," Walsh said.

"I think if you throw 22 (metres) you've probably got a chance to get a medal. It probably won't give you the chance to win for sure, because shot put has moved on.

"It's a great time to be a part of shot put and to be one of the guys moving it forward."

Tom Walsh expects to better the season's best he threw at the Paris Diamond League meeting in August as he's in "the best shape I've been in all year".

"I had a great few comps leading up into it and freshening up for that. I think my team has done a great job in getting me in a great spot to make that ball fly.

"I'm a competive bugger and it gives me a lot of confidence to know I always bring my A game to these things.

"I believe that my A game is good enough to win. I've just got to keep taking care of the things that I know will help me make the ball go far and we should be alright."

Walsh doesn't have any concerns about the hot and humid conditions in Doha, having had a "phenomenal training camp" in Cyprus.

"I'm lucky that I do an event that only takes half a second so there's not a lot of sweating that goes on during it, but definitely between throws there is quite a bit.

"It makes it a little bit more of a challenge. You know a bit more sweaty on the neck and then therefore because it's a steal ball it can get a little bit slippery, but you've just got to make sure you apply enough chalk."

And the stadium is air-conditioned, something Walsh experienced at the Doha Diamond League meeting in May.

"It's a little bit different, but...it makes it slightly easier for us and not as sweaty."