Robert Whittaker has labelled his UFC middleweight world title defence against Israel Adesanya on Sunday as a milestone bout and says he has thrashed himself into the best shape of his career as preparation. 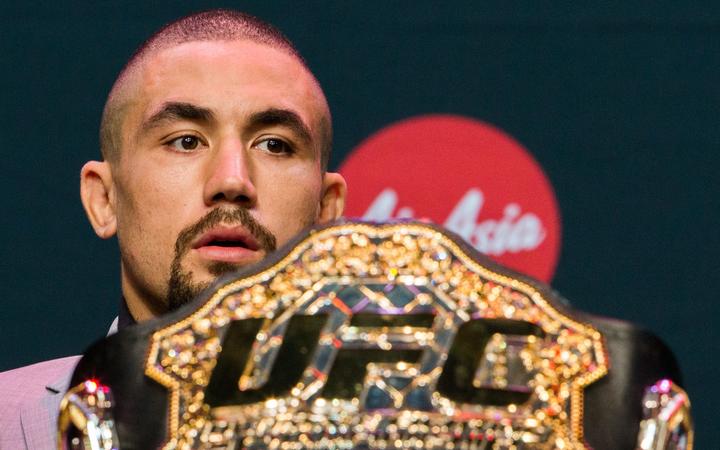 It will be Whittaker's first fight in his home country in almost three years and the first UFC world title defence by an Australian.

"It's a milestone for my career, it's something I've always wanted to do," Whittaker said.

'I'm given the moment to get out there defend my title and I'm just making history."

Whittaker last fought in June 2018 in Chicago - he was scheduled to fight in Melbourne in February this year but health issues forced a rethink - so the 28-year-old has put himself through the hardest preparation of his career.

"On the back of what happened last time I just jumped back into training with a fervour," Whittaker said.

"I focused on my strength, my conditioning, focused on my health, on my fitness and just honestly, I've thrashed myself this camp.

"All my loads are managed with spreadsheets that my performance coach (Fabricio Itte) handles, and in terms of intensity of sessions and the work rate was just way way more."

Ticket sales are on track to match, if not exceed the world record attendance of 56,214 at the previous Melbourne UFC card in November 2015.

Whittaker appeared on the undercard that day behind the Ronda Rousey and Holly Holm headliner.

Holm was scheduled to appear on Sunday's show, but has been forced to pull out with a tendon injury.