A former Kookaburras goalkeeper has been named in the New Zealand men's hockey team for the upcoming four test series against Japan. 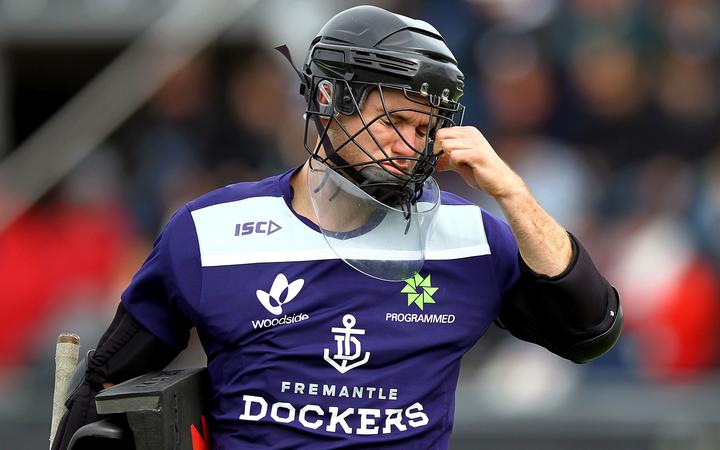 Leon Hayward in action for Southern in the 2012 NHL. Photo: PHOTOSPORT

Leon Hayward, who played 13 times for Australia, featured for Auckland in the recent National Hockey League and has committed his playing future to the Black Sticks.

Hayward's change of allegiance needs to be lodged with the International Hockey Federation (FIH), but it's deemed to be a formality as he qualifies for New Zealand through his mum, who grew up in Dunedin.

He last played for the Kookaburras in 2015, before becoming disillusioned with the national set-up.

"I was there for seven years. I didn't really get much done, didn't play much," Hayward said.

"When I got dropped I just did a bit of travelling so I've been the last four years away in Europe and Malaysia playing hockey." 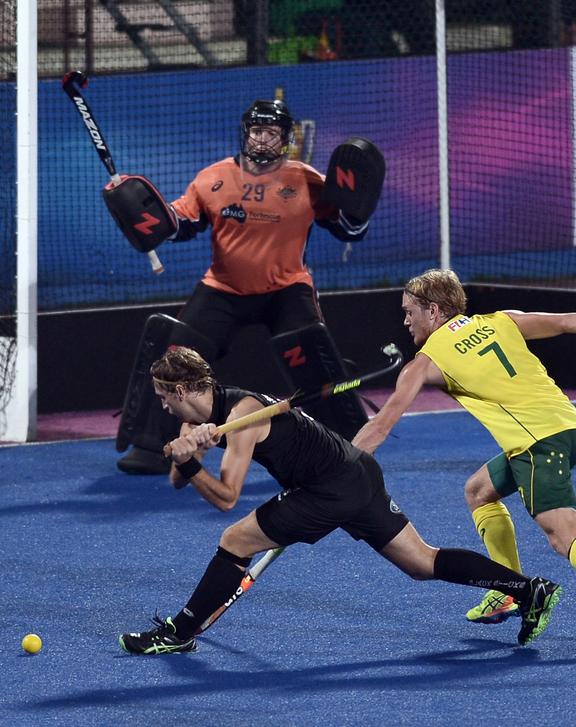 Leon Hayward playing in goal for Australia against the Black Sticks in 2015. Photo: AFP

Then came an invitation from Auckland coach James Grant and Hayward "got the passport sorted and then came over and gave it a shot".

And he's glad he did, having given up on playing internationally.

"I thought all my days were done. But you know it's pretty good to have a second bite of the cherry and New Zealand's doing pretty good."

Leon Hayward has a chance to emulate Grace O'Hanlon, who has become a mainstay of the Black Sticks women's side since crossing the ditch and was one of the heroes at the Gold Coast Commonwealth Games.

"I've heard a lot of stories about Grace doing well over here.

"We had another boy come over a few years before her called Hamish McGregor, who was in my junior Aussie group. He did the same sort of thing and played a bit so it's happened quite a lot.

"But Grace has done really well and I'm trying to do the same thing."

If he becomes a regular in goal for the Black Sticks he's likely to get the opportuity to play against his younger brother Jeremy Hayward, who's a key defender for the Australian team.

"It'd be pretty cool. My dad has been talking about it. He said he's got a foot in each camp now so whatever happens he'll be happy.

"He's a very good player. He does all the drag flicking, but I've seen a lot of it mate. I've grown up with him so I think I might have him covered."

If he is to vie with Richard Joyce and George Enersen to be the Black Sticks' starting goalkeeper, Hayward may have to move from his base in Perth.

"I've got to try to have a chat with my girlfriend.

"I don't know if she's so keen so I'm going to have to try to figure out a way to convince her to come over.

"That's what I'm hoping at least, but she's the boss."

Leon Hayward will train with the Black Sticks for the first time tonight, with veteran midfielder Steve Edwards also returning to the 22-strong New Zealand squad.

Edwards has played 207 games for New Zealand, but not since the Oceania Cup in 2015.

The four test series between the Black Sticks and Japan will be played in Stratford, starting October 10.

It's a key part of the New Zealand team's preparations for the Olympic qualifying series against South Korea, while will also been played in the Taranaki town in November.