Latest - The Warriors women have become the first team to beat Brisbane in NRLW history as they kept their own finals hopes alive with a 10-8 win at the SCG. 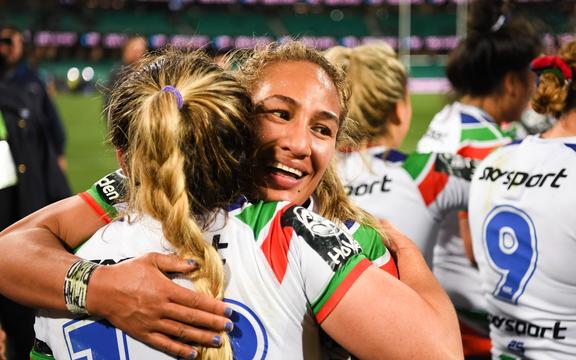 After a tragic week that included centre Honey Hireme losing her mother and coach Luisa Avaiki her father, the Warriors led 10-0 and then held on tough.

It means they will qualify for the grand final if St George Illawarra are beaten by Sydney Roosters in today's stand-alone match at Leichhardt Oval.

Meanwhile the narrow loss also guaranteed defending champions Brisbane a second straight decider, while the Roosters are officially out of contention.

"Obviously Louisa had some bad news as did Honey. It's a pretty tight-knit group of players and club.

Neither Hireme or Avaiki were at the ground for the match, with both a chance to be there next week despite Hireme having missed the regular season to be with her mother. 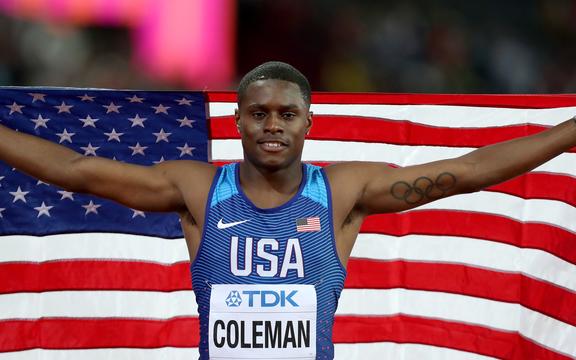 Coleman, silver medallist to Gatlin two years ago in London, turned the tables on his compatriot in Doha, rocketing to the top of the podium in a season's best time of 9.76 seconds.

The 37-year-old Gatlin continued to prove he is one of the sport's big-time performers, however, and grabbed the silver in 9.89.

Canadian Andre De Grasse, a triple medal winner at the Rio Olympics, returned to form after a string of injuries and took bronze in 9.90.

Just weeks ago American Coleman had looked in danger of missing the world championships when the U.S. Anti-Doping Agency (USADA) filed - and later withdrew - a whereabouts violation charge that could have resulted in a one or two-year sanction.

Sifan Hassan produced a stunning final lap to win the women's 10,000 metres, an event she only ran for the first time in May.

Earlier Zoe Hobbs failed to qualify for the semi-finals of the women's 100m. 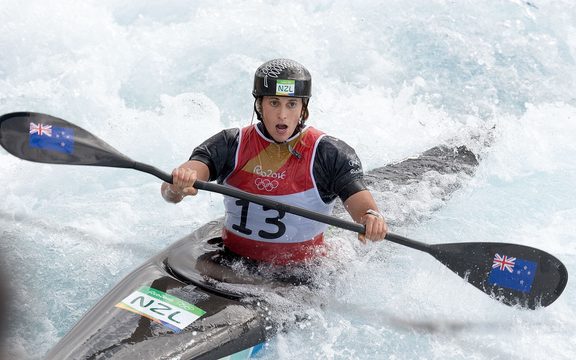 The result eclipsed her fourth-placing in 2017 and her seventh-placing last year and added to the Olympic silver medal she won in 2016. It is also New Zealand's best K1 finish at a world championship.

By making the final, Jones also guaranteed her selection for next year's Tokyo Olympics, which will be her fourth appearance at the Games, joining the likes of board sailor Barbara Kendall (who attended five), table tennis stalwart Chunli Li, discus thrower Beatrice Faumuina, runner Lorraine Moller and shotputter Valerie Adams as quadruple Olympians.

South Africa's electric wing Makazole Mapimpi scored two tries as they eased to a nine-try 57-3 win over neighbours Namibia but it was a far from polished performance in the Rugby World Cup Pool B clash at the City of Toyota Stadium.

Billed the "African Derby", there was only ever going to be one winner despite what Springbok coach Rassie Erasmus termed his "fringe" selection, and minnows Namibia simply could not cope with the physicality of the South Africans.

Hooker Bongi Mbonambi (two), loose-forwards Francois Louw, Schalk Brits and Siya Kolisi, full-back Warrick Gelant and centre Lukhanyo Am also crossed for tries, but there was a lack of cohesion and, at times, quality that will worry Erasmus.

South Africa next face Italy on Friday in Fukuroi City in a match that should decide second place in the pool, while Namibia face the daunting prospect of New Zealand in Tokyo on Oct. 6.

The Sydney Roosters are 80 minutes away from becoming the first back-to-back premiers in 26 years after a gritty and bloody 14-6 win over Melbourne to advance to the NRL grand final. 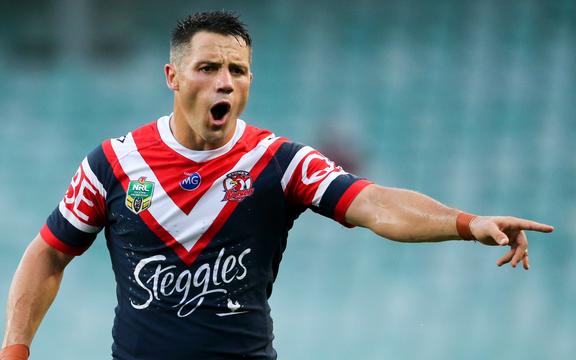 Cooper Cronk is second on the all time list of most NRL games. Photo: Photosport

It gives Trent Robinson's side a chance to send retiring halfback Cooper Cronk out as a premiership hero, as the ex-Storm champion seeks a third-straight grand final win.

The Storm finished Saturday night's match with just two men on the bench after losing Felise Kaufusi and Ryan Papenhuyzen to head knocks, while Roosters veteran Mitchell Aubusson also ended the game watching from the sheds with a concussion.

Robinson has a big decision on his hands whether to bring co-captain Jake Friend back into the side, having missed the past two months with a fractured forearm.

The Storm were gutsy in the second half but James Tedesco's 69th-minute try gave his side the knockout blow and set up a date with Canberra in next Sunday's season decider at ANZ Stadium.

Liverpool's win was their 16th in succession in the league and keeps them five points ahead of champions Manchester City who beat Everton 3-1.

Despite taking the points, the visitors often looked lethargic, mis-hitting crosses, slicing shots and squandering possession on a ground where they had not won since 1990.

Charles Leclerc has became the first Ferrari driver since Michael Schumacher to take four pole positions in a row in a Russian Grand Prix qualifying session that bridged the generations. 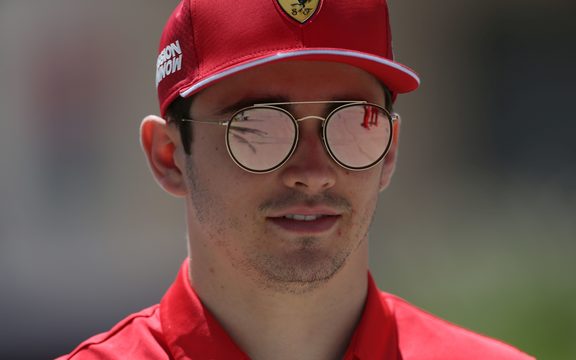 Formula One leader Lewis Hamilton joined the Monegasque, who was three years old when Schumacher racked up four poles in a row in 2000, on the front row with Mercedes unable to match Ferrari's single lap speed.

The unfazed 21-year-old has now out-qualified four times world champion team mate Sebastian Vettel, who starts in third place, for nine successive races but he was not about to get carried away after his sixth pole of the season.

Hamilton leads team mate Valtteri Bottas by 65 points with six races remaining and is well placed to extend his lead on Sunday, given that he is 96 points clear of closest non- Mercedes rivals Leclerc and Verstappen in the standings.

The New Zealand women's basketball team has finished fifth at the Asia Cup in Bengaluru.

The Tall Ferns were beaten 71-56 by Chinese Taipei in their play-off for 5th/6thplace.

There were a number of standout performances by the Kiwis who were paced by a game high 18 points from Micaela Cocks (4/5 3PG) while Natalie Taylor added a dozen (5/8FG).

McLaren will be reunited with Mercedes engines from the 2021 season as the former champions go back to using the German manufacturer's power units in their bid to return to the top. 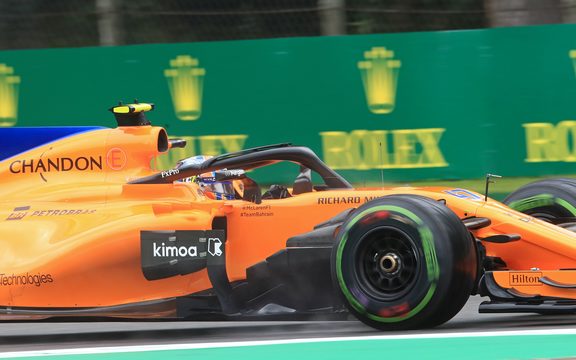 The Woking-based team are currently supplied by Renault, having joined forces with the French company last year.

They will see out that deal, which runs until the end of 2020, before making the switch back to Mercedes as part of a long-term agreement until at least 2024.

The McLaren-Mercedes partnership initially ran from 1995 to the end of 2014.

It turned McLaren, enduring a slump after their heady days of dominance during the late 1980s and early 90s with Honda, into a force to be reckoned with once again.

The combination won 78 races, a constructors' title and three drivers' titles with Mika Hakkinen (1998, 1999) and Lewis Hamilton who raced to his first Formula One title with the team in 2008.

McLaren find themselves in a similar phase now, rebuilding after three dismal years with Honda, the Japanese manufacturer they rejoined forces with at the end of 2014 in a bid to recreate their dominance from 30 years ago.

Tigers on top again in AFL

Richmond have confirmed their new dynasty, crushing Greater Western Sydney by 89 points in the most-lopsided AFL grand final in 12 years.

The 17.12 (114) to 3.7 (25) thrashing at the MCG gives the Tigers their second flag in three years and confirms coach Damien Hardwick's men as the latest AFL pacesetters.

Her late husband, the legendary Tom Hafey, coached Richmond to their last dynasty that featured the 1967, '69 and 73-74 premierships.

It is Richmond's 12th flag, drawing them level with Melbourne in equal-fifth place.

It is the biggest grand final thrashing since Geelong's record 119-point win in 2007 over Port Adelaide.