Guinea-Bissau's Braima Dabo will not win any medals at the World Athletics Championships but he won the admiration of the crowd in Doha by helping exhausted Aruban Johnathan Busby across the 5000 metres finish line in an astonishing display of sportsmanship. 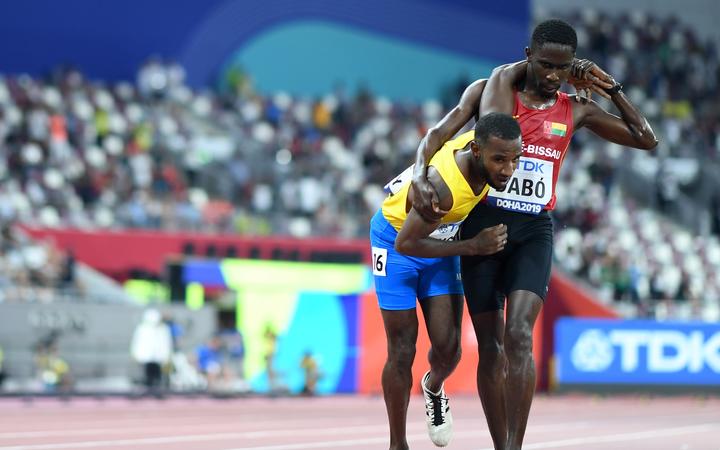 It was an agonising and heartwarming end to the opening heat of the men's 5000m as a distressed Busby, near collapse, was rescued on the final lap by Dabo and helped home, with the two men crossing the line to a rousing ovation at Khalifa Stadium.

"The main objective was to represent my country as well as possible and I'm happy I could help the other guy," Portuguese-speaking Dabo told Reuters. "I saw he was not running in the right way, he was leaning, I realised he wasn't going to finish.

"I knew I wasn't going to beat my personal record, so when I realised that, it was better to go for the main aim, which was to finish the race. My thoughts were to help him finish, that is the point of the race."

Despite the searing temperatures in Doha, the race was run in pleasant spring-like conditions thanks to the innovative air-conditioning system at the Khalifa stadium.

The heat was won by Ethiopia's Selemon Barega in a time of 13 minutes 24.69 seconds but it was the heroic effort unfolding behind the winner that brought the crowd to its feet.

As the pair crossed the finish line nearly five minutes later, Dabo held Busby until emergency personnel appeared, with the Aruban put in a wheelchair and taken from the track. 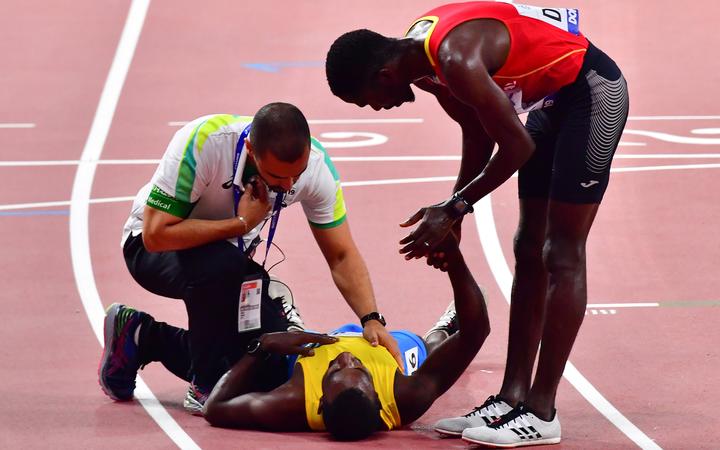 There was no immediate word on 33-year-old Busby's condition.

"He thanked me and he was suffering, he couldn't really speak ....in any case, we don't speak the same language so our conversation was never going to be very long," said Dabo.

Asked about the crowd's reaction to his gesture of sportsmanship a humble Dabo, 26, said nothing had changed.

"I continue being the same as before - I'm proud to be here representing my country."