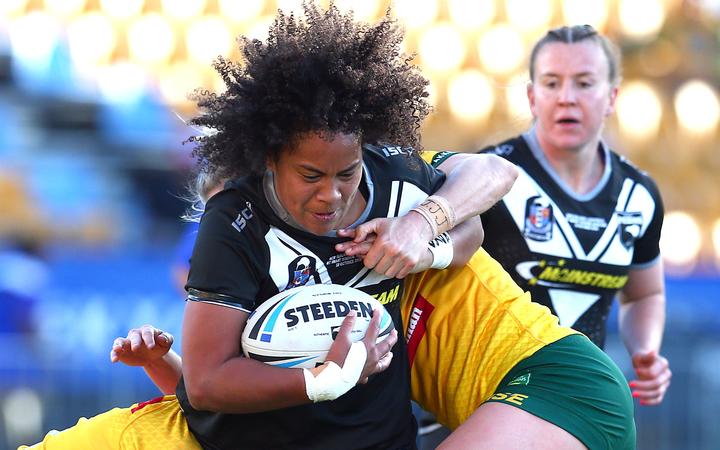 Fotu-Moala has been charged dangerous contact for an incident in their season-opening 14-4 loss to Brisbane.

It marks the first time an NRLW player has been charged after a clean match review committee record in last year's inaugural campaign.

The hard hitting prop was charged after an awkward tackle on Broncos hooker Lavinia Gould midway through the first half and will miss three games if she fights the charge and loses, rubbing her out for the season.

With an early plea, Fotu-Moala will cop a two-match suspension ensuring she won't play again unless the Dragons make the grand final.

The Dragons have until Tuesday to decide whether they will fight the charge.

The NRLW judiciary grading and point system replicates the men's competition despite it featuring just three regular season rounds compared to 25 in the NRL.