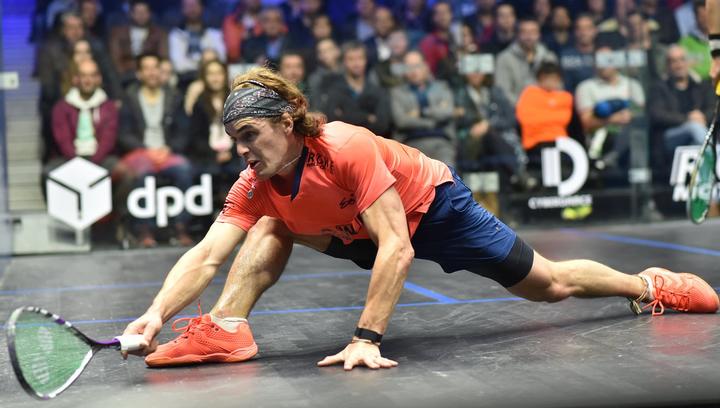 Ranked sixth in the world, Coll said the 72-minute match had been a real challenge, particularly after his late-night semi-final win over Egypt's Zahed Salem the day before.

Coll may have run out the winner in straight games, but it took over 70 minutes in part due to a mammoth first game which lasted over 26 minutes. Coll took it on a tie-break to take the momentum into the rest of the match.

The second set saw world No.6 coll dominate his Welsh counterpart, restricting the 12th-ranked Makin to just three points before amassing a big lead in the third.

With Coll leading 9-4, Makin fought back to win five straight points and level at 9-9 before the New Zealander finally wrapped up the win.

"I was very happy with my performance, it was probably my best squash all week which is what you want.

"It was almost like a new event this evening because I only got four or five hours sleep, so mentally I had to be on it today," Coll explained.

"Joel played really well today but I am happy with my performance - you cannot get better than starting the season with a victory."

Coll said that after leading for most of the first game, he had been relieved to take out the tiebreaker.

"If I let that slip, it would have been a real momentum killer for me. I probably should have closed it out a bit easier, but he came back very strong.

"I'm very happy to close it out in three because it would have been a very tough push to get going again in a fourth."