The Canadian teenager Bianca Andreescu, who upstaged tennis great Serena Williams in the US Open final to win her maiden Grand Slam title, is adamanat she won't be a one grand slam wonder.

Since claiming the title in her US Open main draw debut, Andreescu has had a trophy photoshoot atop Rockefeller Centre and appeared on several US morning shows in New York to discuss her breakthrough win.

"I never thought it would be this hectic, but I'm not complaining," Andreescu, 19, said on Good Morning America.

"This is truly an amazing accomplishment, but I could definitely get used to this feeling. I'm not done yet." 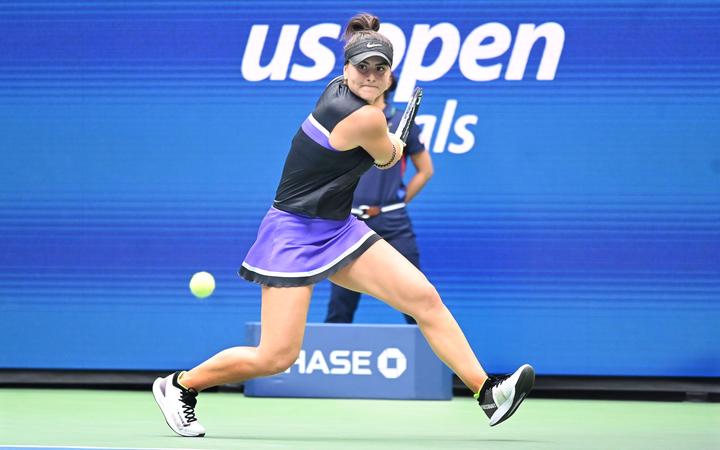 Andreescu produced a bold and brilliant performance on Saturday to secure a 6-3 7-5 win and deny former world No.1 Williams from a record-tying 24th Grand Slam title.

With the win, Andreescu has jumped to a career-high fifth in the world rankings a year after sitting outside the top 200 when she was an unknown quantity to most in her home country.

But Andreescu will now have to get used to her celebrity status as she is headline news back home.

"It hasn't really sunk in," Andreescu said on Live with Kelly & Ryan.

"I didn't really have the time to just see what's happening in my life right now. It's been a crazy year for me, and being able to hold this trophy is pretty awesome."

Andreescu, who also appeared on the "Today" show, ABC's "The View" and "The Tonight Show" with Jimmy Fallon to discuss her US Open win, said she has spent plenty of time reflecting on her journey to the US Open title.

"I started playing tennis at the age of seven, and ever since then I've been dreaming of this moment," Andreescu told Good Morning America.

Andreescu and Serena Williams will both play in the ASB Tennis Classic in Auckland in January.