Kimiora Poi probably got a bit more than she bargained for when she joined the Collingwood Magpies mid-way through Australia's Super Netball competition. 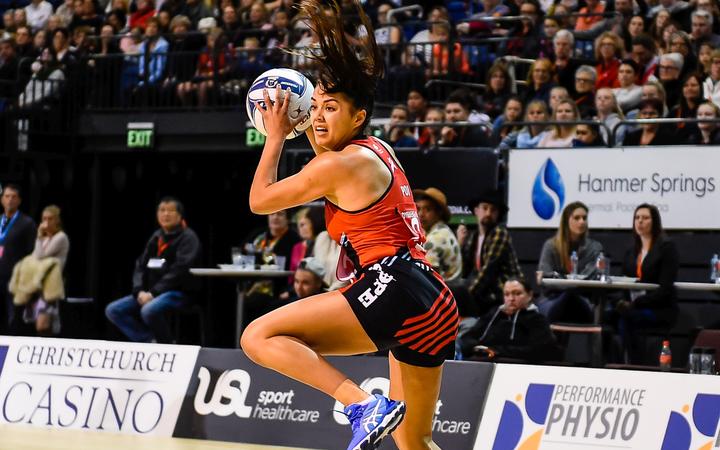 The Mainland Tactix midcourter was yesterday named in the Silver Ferns squad and has a chance to add to her one Test cap if she makes the final 12 for next month's Constellation Cup series.

There's no doubt Silver Ferns coach Noeline Taurua, who is also on course for a third straight title in the Australian competition, will see plenty of worth in Poi's initiation across the Tasman.

Poi was originally brought into the star laden Magpies line-up as a replacement for the injured Madi Browne, a former Australian international.

Then three weeks ago the 21-year-old was thrust into the starting wing attack position when Madi's younger sister Kelsey Browne unbelievably went down with the same injury - the dreaded ACL.

"I guess you're always training to get court time so you just have to be ready for the opportunity and yeah, when Kelsey went down that was devastating for the team, the team actually pulled through after she went down.

"And I guess we had another thing to play for and getting the start was pretty exciting, a bit nerve wracking to start with but once I got into my groove, it was fine," Poi said.

The Magpies strong run to the finals came to an end last weekend when the Melbourne Vixens beat them in the elimination final.

Poi was also indirectly caught up in one of the most talked about incidents in this year's Super Netball competition.

Browne asked Wright if he had any positive feedback for her during a timeout, for which he basically said he didn't.

When Browne asked again, Wright said he didn't need the attitude and swiftly took his starting wing attack off and handed Poi the bib.

Poi said she had no idea what had happened leading up to that.

"Even though I was in the video, I actually had no idea what went on until after the game and my family said, 'oh, what happened there?'

"And I was so oblivious - I had no idea what was going on. But they are very professional, those two, so it was sorted out straight away. And really, it wasn't a big deal."

Poi got to play alongside netball royalty at the Magpies, like England's Geva Mentor, and former Diamond Nat Medhurst, not to mention Diamonds starting wing attack Browne. 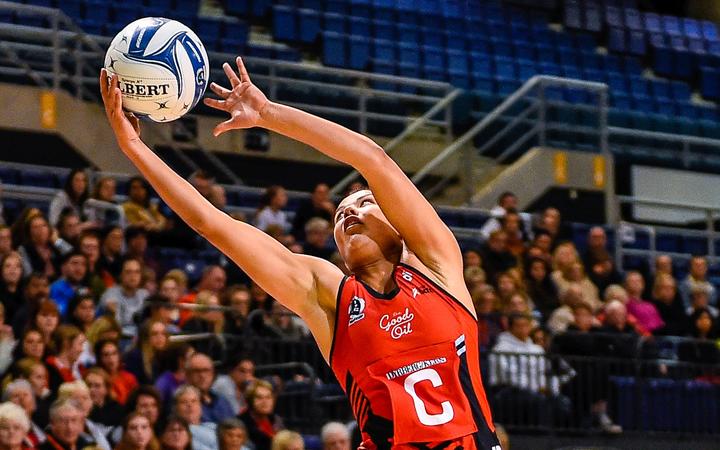 She said the first training was really hard.

"A shock to the system I guess, just coming from having a tiny break after Tactix, and then going straight into their full-on training. But yeah it was pretty cool. And going up against those types of people, as well as Ash Brazill and Kim Ravaillion, who also play midcourt was pretty good for me actually."

Poi said her days were structured similar to what she was used to in Christchurch, with a weight session, a meeting and then straight on to the court but she did notice a step-up intensity-wise.

"When I first got here, I noticed the difference in intensity. But then I got used to it and I'm hoping I can take that back to my team in Christchurch so we can train hard too."

It was the first time Poi had a male coach.

"Everyone says he's [Rob Wright] quite quirky and a bit hard to read but he knows what he's talking about. I actually had a meeting with him a couple of days ago and the feedback that he gave me was really good and helpful, he's a really good coach."

Poi has spent most of her netball at centre so she sees getting time at wing attack as adding versatility to her game.

"Being able to play two positions at a top level is good for a team because then you can make changes and not always stick to the same seven."

Poi earned her first Test cap for the Silver Ferns against England in January this year.

She's booked on a flight back to New Zealand tomorrow and is looking forward to spending some time at home in Napier.

But Poi said she would look back on her Australian stint as a good move for her career and something she would recommend.

"I think if you ever get the opportunity to go to Australia, take it, because it just exposes you to a whole different style of play - different environment, different teammates. It was on a whole a really good experience for me."

Poi, who is signed on again with the Tactix next year, believes there have been tangible improvements to her game.