Rebecca Mahoney will become the first female to referee in New Zealand's premier domestic rugby competition when she officiates the Mitre 10 Cup match between Hawke's Bay and Southland this Friday. 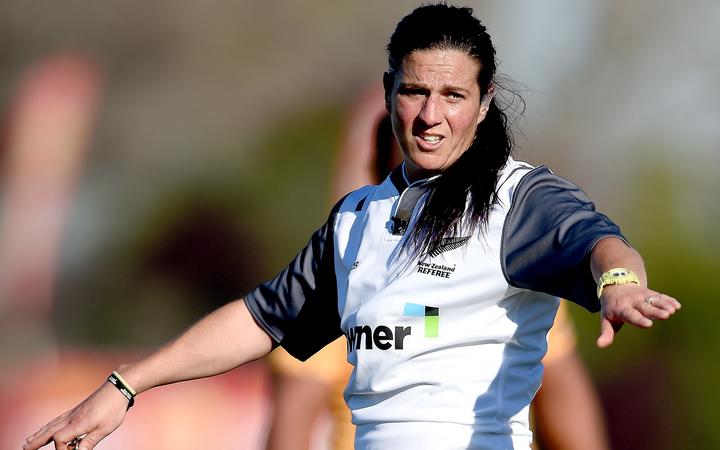 "It's a great achievement for Rebecca and she has been rewarded through impressive performances and a lot of hard work. We've challenged Bex the past few seasons through Under 19s, Mitre 10 Heartland Championship last year and the Ranfurly Shield game a few weeks ago and she's really taken her opportunities and succeeded.

"Bex has international experience both as a player and a referee and has performed really well in the Sevens Rugby World Cup, Commonwealth Games and Test matches. I'm looking forward to watching her in action on Friday."

The Wairarapa-based farmer is one of six women in the National Referee Squad and made the transition to refereeing in 2015 after a successful playing career that included 16 caps for the Black Ferns.