Six New Zealand boat classes have now qualified for the Tokyo 2020 Olympics ahead of tonight's finals at the 2019 World Rowing Championships. 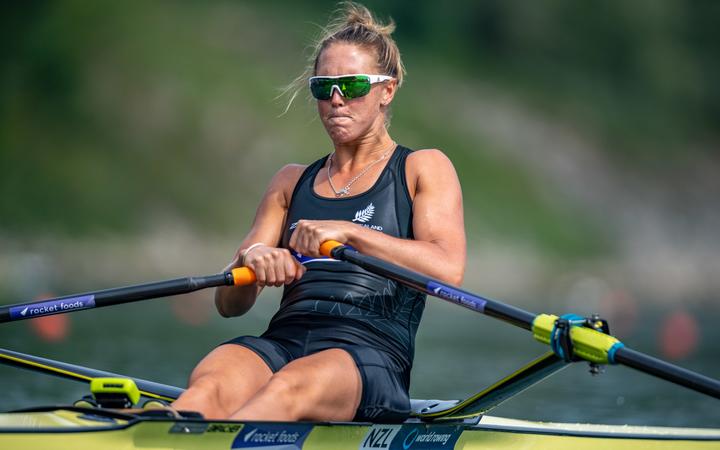 The women's single, women's double and men's pair have qualified for Tokyo.

Emma Twigg did the same by coming second in her women's single semi-final, as did Thomas Murray and Michael Brake by placing first in their semi-final of the men's pair.

Nine of New Zealand's 16 crews have now made A Finals.

If John Storey and Chris Harris can finish in the first five placing nations in the B Final tonight, they will qualify the men's double class for the Olympics.

Robbie Manson placed fourth in his men's single semi-final and moves to the B Final.

If Manson can finish in the first three placing in the B Final, he will qualify the boat class for the Tokyo 2020 Olympics.

Earlier in the week the New Zealand women's eight and men's eight both qualified for A Finals, each needing a top five finish to qualify for Tokyo.