World No.1 Naomi Osaka survived a scare as she started her US Open title defence with a hard-fought 6-4 6-7 (5-7) 6-2 first-round victory over Anna Blinkova. 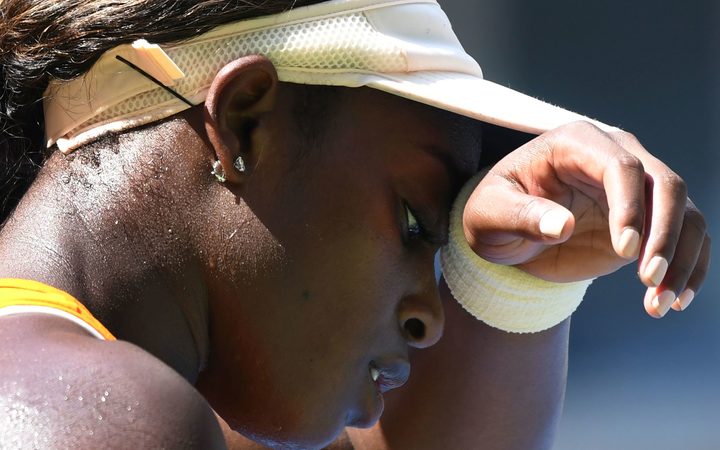 The American No.11 seed, who triumphed here in 2017, fought off two match points but on the third was caught off guard when a backhand from the Russian clipped the net chord and landed in.

"It feels amazing to win the first match on this court, a subdued Kalinskaya said in her on-court interview.

"I just tried to focus and don't think too much about her and think just about my game."

Osaka, 21, fought from 3-0 down in the first set but wasted a match point at 6-5 in the second, forcing her to go the full distance against the 84th-ranked Russian.

It was Osaka's first match at the site since she became the first Japanese national to win a grand slam title in a controversy-marred final against Serena Williams last year.

She went on to lift the Australian Open trophy in January but has not won a tournament since.

Afterwards Osaka admitted the nerves that come with being a first-time defending champion played a part in her slow start.

"I don't think I've ever been this nervous in my life," she said in an on-court interview.

"I don't think I ever really found my rhythm, but I just fought as hard as I can."

The Romanian fourth seed, who fell at the first hurdle in New York the last two years, looked to be heading for yet another early exit but came out firing after losing the second set.

"But then I just refreshed my mind and tried to push her back and come forward a little more."

The 135th-ranked Gibbs had six set points while serving at 5-2 in the second but Halep coolly turned each one aside before winning the game only for her opponent to break right back and force a decider.

Halep then lifted her game to take the match.

Up next for Halep, who is vying to become the first woman since Serena Williams in 2012 to follow a Wimbledon win with a US Open triumph, will be American qualifier Taylor Townsend.

Two-time Wimbledon champion Petra Kvitova eased past Czech compatriot Denisa Allertova with a 6-2 6-4 victory to move into the second round.

Kvitova, runner-up at the Australian Open this year, converted four break points and smashed 16 winners while Allertova double faulted six times and made 33 unforced errors to hand the sixth seed the win.