Kiwi star Scott McLaughlin will look to break the Supercars' single-season victories record on home soil next month after back-to-back wins at The Bend SuperSprint. 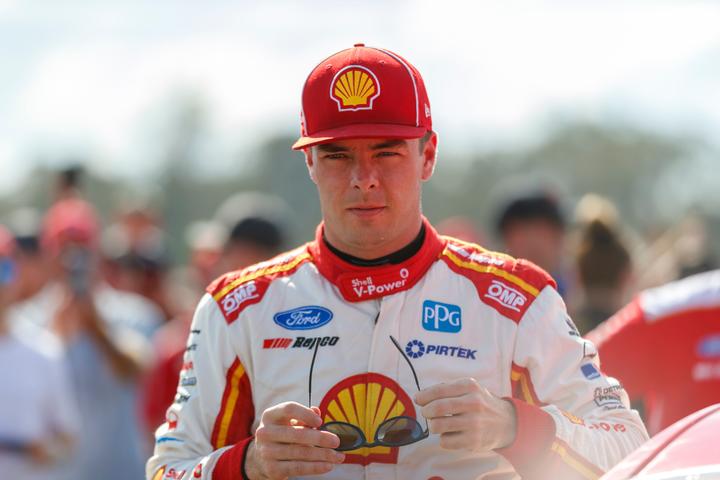 DJR Team Penske gun McLaughlin has won 16 of 22 races this season and can break Lowndes' record next month at his home Auckland SuperSprint.

With nine races left in the season, the 26-year-old is well placed to obliterate the record in his Ford Mustang. His 41st career victory moves him to sixth on the list of overall winners.

But McLaughlin was made to work for his win on Sunday after a wheelspin on the start line. He dropped to third behind Will Davison and Jamie Whincup on the opening lap.

The New Zealander took Whincup on lap two before capitalising on a slow lap-19 pit stop by Davison to retake the lead which he didn't relinquish.

The weekend marked a big turnaround from the same event last year when McLaughlin finished sixth and 10th. He leads the 2019 drivers' standings by a whopping 573 points.

"I'm so proud of the guys for the turnaround we've had here. It was one we circled to really come back strong and that was super racing. I didn't get the best start but it was good racing," McLaughlin said.

"It's awsome to equal Lownsdey's record. You never think in this day and age you can win 16. I'm so proud of the team to give me a car that can do it. It's just a privilege to drive.

"My 100th round in New Zealand coming up and, hopefully, we can get a win there and go past it but we'll see."

Davison rued a missed opportunity to win his first race of the season in his 200th championship round as the 23Red Racing driver finished second.

"To lead a couple of laps and then having a little drama at the last stop, mixed emotions, but really sweet to race with these guys in such a great car," Davison said.

Tickford Racing's Chaz Mostert rounded out the top three for his fourth-straight podium finish and moved into second in the championship standings.