An impatient Warriors boss Cameron George will consider termination talks with some of his under-performing players if he doesn't see more effort over the closing three weeks of the National Rugby League regular season.

George fired off the warning after the club's finals hopes were realistically ended by their 42-6 loss to the Sydney Roosters on Sunday, leaving them 12th and three points outside the top eight.

While coach Stephen Kearney continued to have the full support of Warriors management, George has told Radio Sport a number of players were put on notice for the tough closing run against Cronulla, South Sydney and Canberra. 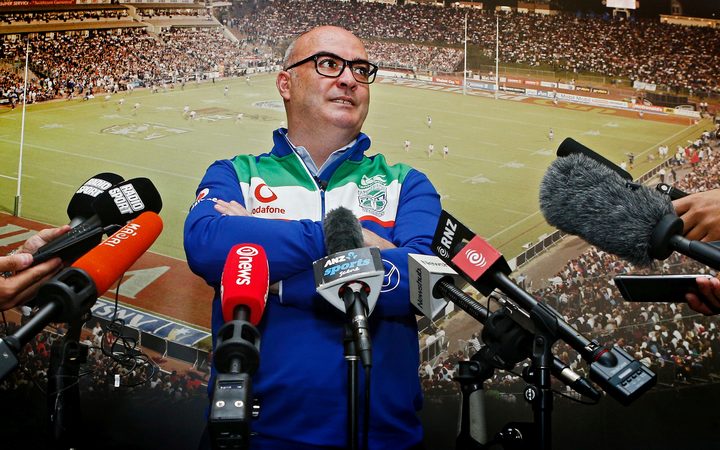 "You can't just move players - every party must agree...but players signed here long term have got to put in and if they don't' we have that discussion with them.

"There are certainly some questions around the effort of certain players and performances throughout the year that will come under the microscope once we review the year."

WIth Blake Ayshford set to retire, Ligi Sao headed to Super League and Issac Luke unlikely to be retained, the Warriors will have at least three spots to fill in the off-season and with some decent salary cap space.

There are gaps at centre, middle forward and hooker, with the club open in its pursuit of Manly's Api Koroisau for the latter role.

George wouldn't say who is under most pressure but expressed disappointment that expectations won't be met after finishing eighth last season to end a seven-year finals drought.

"It's not Stephen Kearney's fault, I can assure you. Some players have got to step up and perform better," he said.

"In reality this whole club needs to be turned on its head in certain areas...pathways for young kids from New Zealand have been neglected for many years."