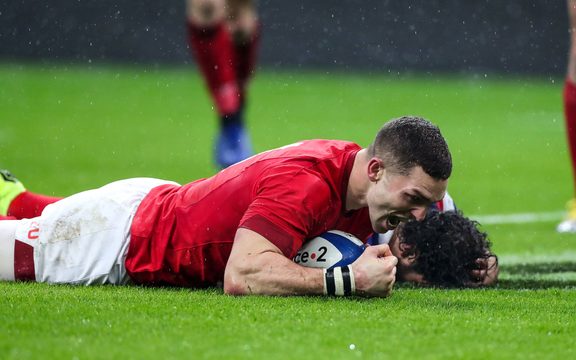 Wales beat England 13-6 in Cardiff to go top of the official world rankings and avenge their loss in the reverse fixture last week as the Rugby World Cup looms.

The victory means Wales push the All Blacks out of top spot.

A fired-up Wales, fielding a near full-strength side against a more mixed England lineup for their second warm-up game in a row, scored the only try of an error-strewn encounter through winger George North.

First-five and man of the match Dan Biggar, in the spotlight after Gareth Anscombe was ruled out of the World Cup, impressed with a smart cross-field kick for North's try after England's Anthony Watson had been yellow-carded. 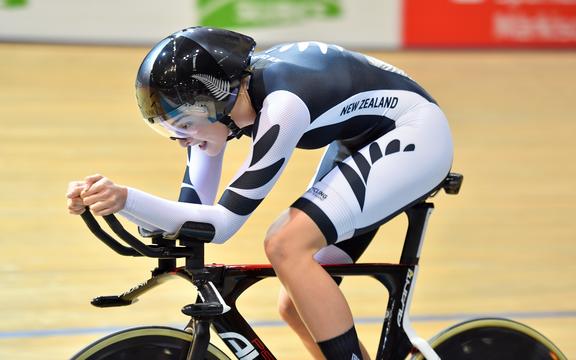 Wollaston, 18, topped the qualifiers in the women's 2000m individual pursuit then grabbed gold in the final by a scant 0.17sec, her 2min 18.900sec just edging Britain's Elynor Backstedt.

Pithie finished fourth in the scratch race, won the tempo and elimination races, and was first equal in the points race.

Stipe Miocic has reclaimed the UFC heavyweight title with a stunning fourth-round knockout of Daniel Cormier and Nate Diaz scored a dominant decision win against Anthony Pettis in his first fight in over three years at the UFC 241 on Saturday.

Former Olympic wrestler Cormier ducked under the longer reach of Miocic to land some heavy punches early before scoring a single-leg takedown and dominating his opponent on the ground.

But Miocic (19-3), who lost the heavyweight belt to 40-year-old Cormier (22-2) via a first-round knockout in July 2018, threw caution to the wind in the second, landing a number of heavy shots of his own.

With both men visibly tiring, Miocic changed his tactics in the fourth round, ripping a series of devastating left hooks to the body of his opponent to set up the stoppage with 51 seconds left on the clock.

In the co-main event, Diaz showed no signs of rust despite a three-year layoff following his last bout against Conor McGregor, controlling the tempo against former lightweight champion Pettis.

Fighting at welterweight, California native Diaz landed a late takedown to finish the first round strongly before pressuring Pettis against the fence in the second and landing some heavy strikes to the head and body.

Pettis did well to survive an onslaught of blows midway through the third and final round, but he couldn't do enough on the ground in the closing minutes to stop his 34-year-old opponent from getting a unanimous decision win.

Manchester City were left to rue a video assistant ruling (VAR) in their Premier League draw with Tottenham Hotspur while Liverpool and Arsenal both won to hold down the top two spots on the ladder. 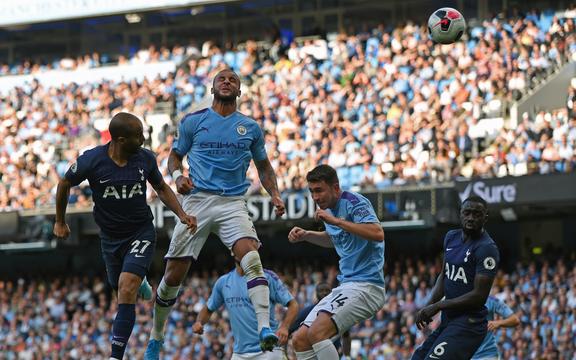 Lucas Moura of Tottenham Hotspur heads home to level the score 2 - 2 in the 56th minute with his first touch from coming on as a substitute Photo: Actionplus

City were held to a controversial 2-2 draw by Spurs on Saturday while title rivals Liverpool edged Southampton 2-1 and Arsenal defeated Burnley by the same score.

City dropped their first EPL points at the Etihad since December last year after a VAR review rubbed out Gabriel Jesus's injury-time effort.

The Brazilian drove in what looked like the winner but, as City celebrated, VAR officials spotted a handball by City defender Aymeric Laporte before Jesus tucked the ball into the net.

The hosts led twice through goals from Raheem Sterling and Sergio Aguero but Spurs responded on both occasions via Erik Lamela and then substitute Lucas Moura - with his first touch of the game.

Wing S'busiso Nkosi scored two excellent solo tries as much-changed South Africa survived a scare at home to see off Argentina with a 24-18 victory in their one-off test at Loftus Versfeld.

Springbok first-five Elton Jantjies kicked 14 points as the home side battled to open up the visitors' defence in a scrappy World Cup warm-up clash that included numerous errors from both sides.

Argentina scored tries through lock Guido Petti and skipper Pablo Matera and might have had more were it not for poor handling at vital moments as they slipped to a ninth successive test defeat.

The Boks fielded a completely new starting XV from the one that thumped Argentina 46-13 in Salta the week before to lift the Rugby Championship. The South American side also came into the match with 10 changes, which contributed to the disjointed nature of the contest.

New Zealand men's hockey team have come away with a 4-3 win against Japan in their opening match of the Tokyo 2020 Olympics test event.

Next up the Black Sticks men will face world-ranked No. 5 India who pulled off a 6-0 win over Malaysia.

The four-time world and defending Olympic 49er sailing champions Peter Burling and Blair Tuke carded two wins and a third in their three races to establish themselves at the top of the leaderboard after the first day of the Tokyo 2020 Games test event in Enoshima.

Sam Meech also enjoyed a terrific day, finishing first and second in his two races to sit on top of the Laser fleet. Andy Maloney (fifth in the Finn) and Alex Maloney and Molly Meech (fifth in the 49erFX) are also well in the mix.

Kieran Foran made an inspired return from a near two-month lay-off to lead the resurgent Bulldogs to their fifth win from their past seven starts.

After winning 10 of the first 11 games in their best start to a season in 30 years, the Rabbitohs have now lost seven of their past 10 and shape as finals fodder for the premiership heavyweights unless they can quickly arrest their alarming slide.

Storm tipped over by Canberra

Melbourne coach Craig Bellamy believes complacency was behind the Storm's spectacular second-half collapse to allow Canberra to steal a 22-18 win at AAMI Park.

Leading 18-0 Melbourne looked like they would continue their march towards the minor premiership but Raiders prop Josh Papalii crashed over in the 76th minute for the shock win.

Not only did the Raiders claw back a huge deficit but they also had to overcome the sin-binning of two players in the first half which looked like it would prove the difference in the match.