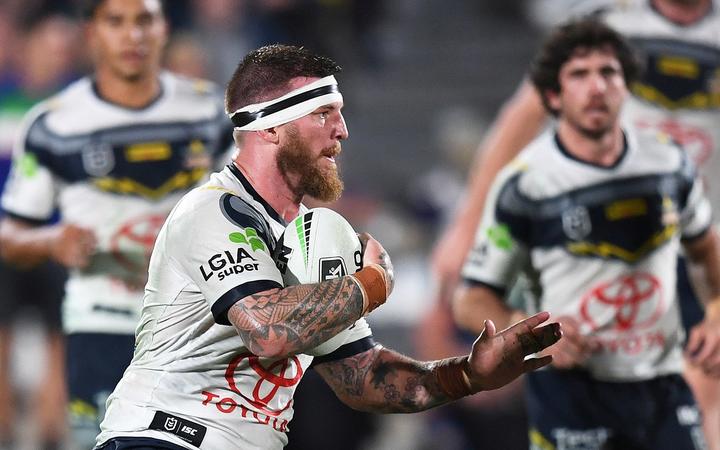 The North Queensland forward's aggressive ruck-play has become a central talking point of the code in recent days after his third contrary conduct charge for "a facial" this season.

He will miss three games after taking an early guilty plea for rubbing his hand into the face of Brisbane forward David Fifita during the Cowboys' loss to the Broncos on Thursday night.

However the wife of the embattled Queensland representative has spoken out after he copped extraordinary abuse on social media and elsewhere.

"He's also a human, and has feelings like you and I," Tanyssa McGuire posted alongside a picture of her husband and son Maxon on Instagram.

"Of late, he has been receiving death threat upon death threat. Countless threats of the most unthinkable things.

"Mental health is constantly being spoken about within the NRL and yet what I am witnessing is the absolute bashing of a man who can only take so much before that thick skin starts to soften."

In an interview with the Townsville Bulletin, Mrs McGuire said her husband had approached the Cowboys for support on Sunday. 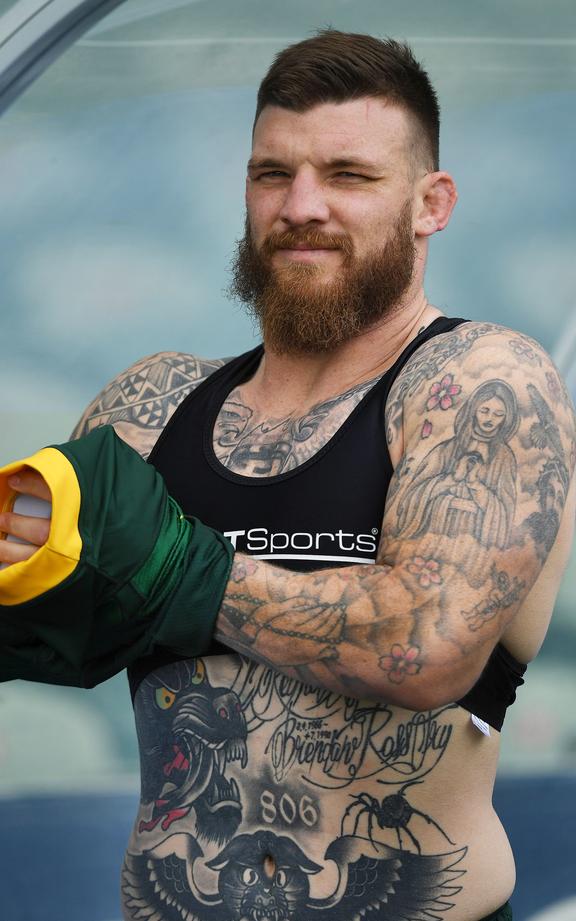 "He had someone a couple of days ago saying they hope he gets hit by a bus so his kids don't have to grow up with Josh McGuire as their dad," she said.

"He accessed support as of today.

"I think since the suspension that paired with the comments he's at the point where he said, 'I need to involve other people and talk to someone'."

The comments come after the wife of Ben Hunt spoke out last year about her concerns for her his wellbeing after his performances were continuously questioned.

Wests Tigers winger Paul Momirovski was also the subject of heavy social media criticism over the weekend after missing a conversion attempt that would have sent their match against Canterbury into golden point.