There's a lot of things to be impressed by this week in Perth. For a start, the brand new Optus Stadium, standing tall over the bank of the Swan River. It's ready to receive the record crowd tonight that will fill its steep stands that rise three decks high. 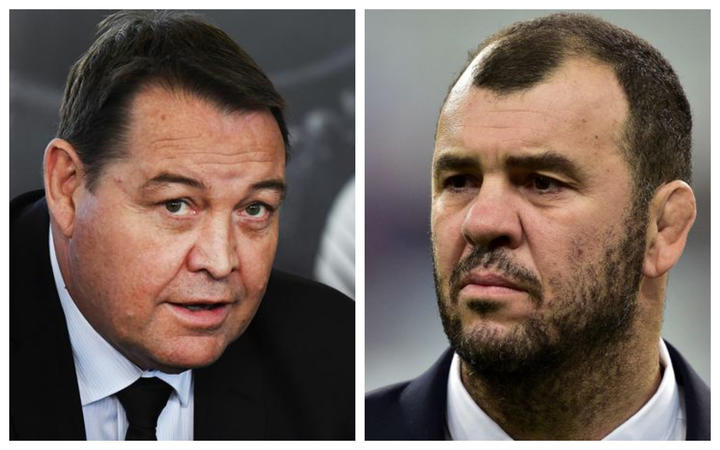 The fans will be in for an early kickoff to suit both the east coast and New Zealand television audiences.

They're used to this here in Perth. It doesn't take much time talking to a local before the latent bitterness about being the only western outpost of this continent comes to bear, except now it's tempered with a serious degree of civic pride at what this city has become. Skyscrapers loom large, bearing the names of primary industries like mining and steel, while the inhabitants boast of the amount of money flowing through the region as if it were another gold rush.

Hence the gigantic new stadium. Hence the hosting rights for the biggest domestic game of the year heading west.

But while it's been a fun week being entertained by the Western Australian Tourism board, secrecy has dominated the actual serious side of being here. Steve Hansen has played a straighter bat than Geoff Boycott when being asked about the All Black selections this week.

The Thursday team naming was a sequence of non-committal answers and outright rejection towards any semblance of conjecture. We'll just wait and see, he said about Ardie Savea's shift to the blindside, despite it being a clearly drastic move to both include Savea's presence in the team and try and fill the hole that Liam Squire has left.

Hansen was cranky, he didn't want to be there and it showed. It's quite clear that the proximity of the World Cup is making everyone nervous, plus the fact that the first couple of games of the season were clearly experimental so we don't know much more about the All Blacks now than we did a month ago.

But this game against the Wallabies is different. Hansen has gone with, aside from the injured Sonny Bill Williams, what is the top starting team he can put out. The Wallabies, shorn of the once-in-a-lifetime talent of Israel Folau, have done the same. There's been a somewhat inflated war of words during the week between Hansen and Cheika over comments made about one calling the other names, but it's all adding to what may well be a very interesting test match.

Yes, the All Blacks plastered the Wallabies in all three Bledisloe games last year - but it is worth noting that if you take away the gimme tests against Japan and Italy, the All Blacks have only scored four tries since the teams last met.

Of course, there's another game on as well. The Black Ferns will be the first New Zealand representative side to take the field at Optus Stadium, and it will be interesting to see how it plays out off the field as well as on. This time last year saw the women's side relegated outside of Sydney's ANZ Stadium to warm up literally shoulder to shoulder with their Australian counterparts. When we asked coach Glenn Moore as to whether this might be repeated this year, he offered a not so reassuring explanation that they may use the large park across the road from their hotel if need be.

This, of course, comes on the back of the Black Ferns playing on a horrible field in the recent Women's Super Series, and having to get changed in a tent on the side of it. While tonight is a double header, the disparity in what the two sides that pull on a black jersey face has been on serious show this week.

While the All Blacks have had their press conferences in plush conference rooms with food provided for the large group of local and New Zealand journalists, the Black Ferns' media session took place in the team's dingy gear room at their hotel down the road.

The teams have had, apart from TJ Perenara presenting the Black Ferns' jerseys last night, essentially nothing to do with one another this week. There has been no word from any of the All Blacks or Hansen publicly about the Black Ferns, although it should be noted that the women themselves don't exactly seem overly concerned with that. Contrast that with Wallaby captain Michael Hooper's delight at telling us that they and the Wallaroos enjoyed dinner together on Thursday night, and you start to wonder if this double header is being maximised to its potential to encourage female participation in the game over this side of the Tasman.

We've been told that next week in Auckland, there will be a more concerted effort to bring the teams together and leverage off the attention the All Blacks command. There should be, because this is the only time the Black Ferns will play on New Zealand soil this year.