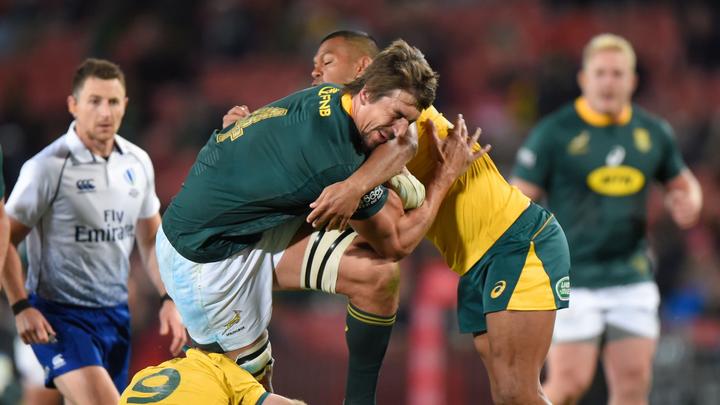 The six law trials follow a comprehensive evaluation by the expert Law Review Group which concluded that 50 percent of injuries and 76 percent of concussions occurred in tackles.

Depending on the success of the trials some of the new rules could be in place by the 2023 World Cup.

One of the closed trials will be to reduce tackle height to the waist in a bid to reduce head injuries.

The infringement limit, the 50:22 kick and the goal-line drop-out have all been approved for closed trials in National Rugby Championship in Australia.

"World Rugby is unwavering in its commitment to ensuring rugby is as simple and safe to play as possible for all," chairman Bill Beaumont said.

"While injury incidence in the sport is not increasing and concussion incidence is decreasing, we can and must do more to reduce injuries at all levels. This is an important milestone on that journey.

"The next step is to identify in partnership with our unions' appropriate competitions to run the trials."

Several unions, including those in Australia, France, Georgia, Fiji and South Africa, are interested in operating one or more of the trials in domestic or cross-border competition.