That's the mantra of New Zealand's Olympic sailors as they countdown to the Tokyo games a year from now.

Soaring temperatures in Japan have highlighted the health threat to athletes and fans that Olympics organisers must tackle before next year's Tokyo games.

57 people have died across Japan while more than 1800 have been taken to hospital in the last couple of weeks due to the heat related problems.

Temperatures have been stuck above 31 Celsius since mid July and last summer temperatures hit a record 41 degrees.

The New Zealand 470 sailing team is currently in Japan for the world champs and while they are 30 kilometres south of Tokyo in Enoshima, coach Geoff Woolley says it's one of the hottest venues they've competed in.

"But you can't get too obsessed with the heat. If you obsess over it or are constantly thinking about it, it becomes a massive distraction to what you are trying to do. So we are not talking about - that's one of our rules. We're just getting on with it," said Woolley. 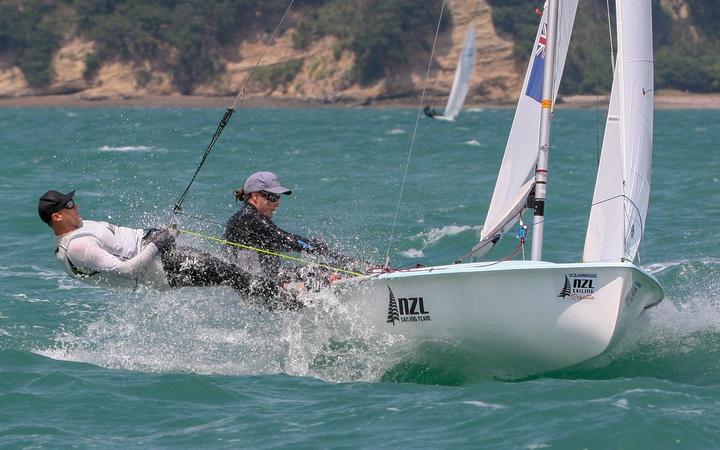 "On the water the guys struggle when they go downwind because its really heard physically and then they've got the wind behind them so there is nothing cooling them down so at the end of the race they are completely cooked."

"The guys are jumping into ice baths before they head down to the yacht club and when they rig their boats they try and do it really quickly and also wear ice vests and usually when we tow out to the course they keep ice vests on and then in between races they will throw an ice hat on.

Battling the elements though may play into New Zealand's hands.

"We are probably ahead of the game in preparing for this stuff (compared to other nations).....and historically Kiwis perform well in tough conditions - when things don't necessarily go our way, so I think it will be good for us."

Woolley is predicting boat speed and getting a good start will be the key to success in Endoshima with race tactics and reading wind shifts not as important as was the case in Rio four years ago.

"The priority has been good boat speed. The wind is not too shifty and changeable from what we have seen. In Rio it was a really tough venue inside the harbour and lots of mountains around (to affect the wind flow).

"Here it's potentially a bit more straightforward with the wind, so boat speed becomes crucial and getting off the start line is the critical thing."

After the first day of gold fleet racing Paul Snow-Hansen and Dan Willcox have dropped six places to slide back to 12th overall.