Latest - Michael Venus and his his South African partner Raven Klaasen have captured their second ATP 500 title of the year at the Citi Open in Washington DC. 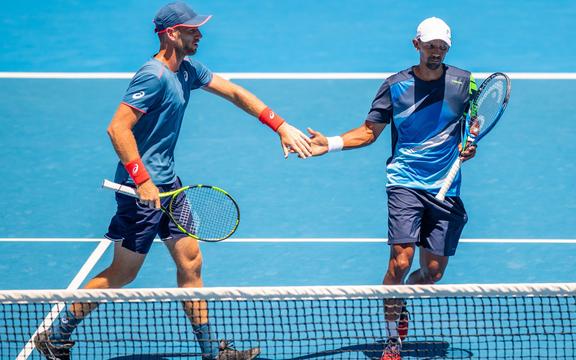 They're now the number two ranked doubles pair in the world.

The victory is their third ATP title together they will both move to career high rankings when the ATP rankings come out later today.

Due to Visa problems for Klaasen getting into Canada they aren't able to play this week's Montreal ATP Masters 1000 tournament together however.

Venus is instead teaming up with Artem Sitak's former partner Austin Krajicek and they are unseeded.

Manchester City struck an early blow for the forthcoming Premier League campaign as they beat Liverpool on penalties to win the Community Shield at Wembley.

The absorbing contest had finished 1-1.

Former Liverpool player Raheem Sterling gave the champions the lead in a first half they dominated as Liverpool's sluggish pre-season form continued.

European champions Liverpool were far better in the second period. They equalised through Joel Matip's header and created a host of other chances to take the lead as City appeared to tire.

Pep Guardiola's side, who completed the domestic treble last season, claimed the silverware in the traditional curtain-raiser as they converted all five of their penalties in ruthless fashion while Georginio Wijnaldum had his effort saved by Claudio Bravo. 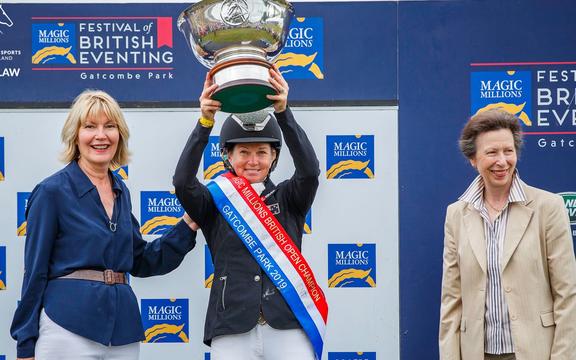 Price finished ahead of Britain's Ben Hobday and Nicholas Lucey.

Brady signs on with Patriots until he's 44 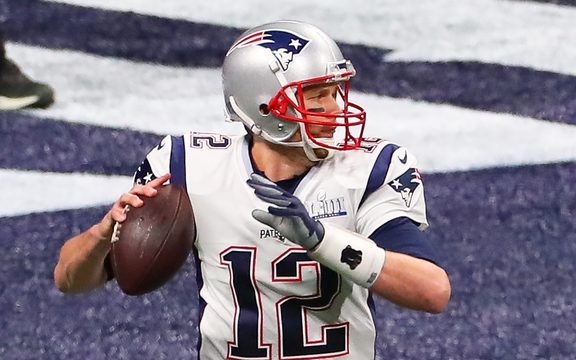 Legendary New England Patriots quarterback Tom Brady has agreed terms on a contract extension that will keep him at the NFL franchise until he is 44.

It will increase his salary from $23 million this year to $35 million.

In February, after claiming a record sixth Super Bowl ring, Brady had said he had no intention of retiring.

Brady has played in nine Super Bowls and won six.

The Sydney Roosters have sent an ominous warning to their NRL premiership rivals with a 58-6 demolition of Gold Coast in their first half-century since 1937 at the SCG.

The Roosters entered the clash minus Jared Waerea-Hargreaves, Sio Siua Taukeiaho and co-captains Jake Friend and Boyd Cordner, but it mattered little as the defending premiers moved up to second spot.

St George Illawarra have slumped to an unwanted piece of club history, while Parramatta coach Brad Arthur has praised his side's ability to win ugly in their dour 12-4 defeat of the Dragons.

Neither side failed to impress on a sunny Sunday afternoon at Netstrata Jubilee Stadium, as they were wasteful with the ball during a messy second half which yielded just one try.

While the Eels cement sixth spot to all but confirm they'll play finals football this year, the pressure continues to mount on the Dragons who slump to a 6-13 record for the year.

It equalled the club's record for least wins in a season through 19 rounds, set in 2013, and killed off whatever small hope they had of making the finals.

It is the Dragons' fifth defeat in a row and they have lost 11 of their past 13 to be in 14th despite their star-studded roster. 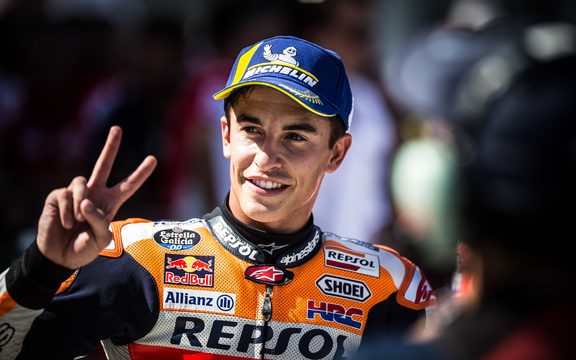 Honda's world champion Marc Marquez won the rain-affected Czech MotoGP in Brno, his sixth victory of the season, and became only the fourth rider to achieve 50 premier-class victories.

The other three riders to achieve at least 50 premier-class wins are Valentino Rossi (89), Giacomo Agostini (68) and Doohan (54).

Spaniard Marquez now leads the MotoGP championship with 210 points, 63 ahead of second-placed Dovizioso (147) while Danilo Petrucci, who finished eighth in Brno, is third (129).

Valentine Holmes has received a brutal welcome to the NFL and it was his New York Jets teammates who delivered the big hits on the former NRL star in a scrimmage.

The team scrimmage came ahead of the first preseason game against cross-city rivals the New York Giants where the Australian is expected to make his NFL debut.

The New York Post reported some Jets teammates "were cringing" when Holmes was smashed during Saturday's scrimmage, but he also impressed when he "popped up after both hits".

Holmes appeared to be headed for a touchdown on one of the plays but 188cm tall, 107kg linebacker Neville Hewitt stopped the Australian in his tracks.

Just like former South Sydney Rabbitohs junior Jordan Mailata last year with the Philadelphia Eagles and Jarryd Hayne with the San Francisco 49ers in 2015, Holmes is not only learning the complexities of the NFL but dealing with playing in a helmet and heavy pads while competing with elite athletes who have been playing the sport since they were children.

Toyota's Ott Tanak won Rally Finland for the second year in a row on to extend his lead over Citroen's Sebastien Ogier in the world championship to 22 points.

After nine of 14 rounds, Tanak has 180 points to reigning champion Ogier's 158 with Hyundai's Belgian Thierry Neuville on 155.