Michael Venus and his South African partner Raven Klaasen will chase their second ATP 500 title of the year at the Citi Open in Washington DC. 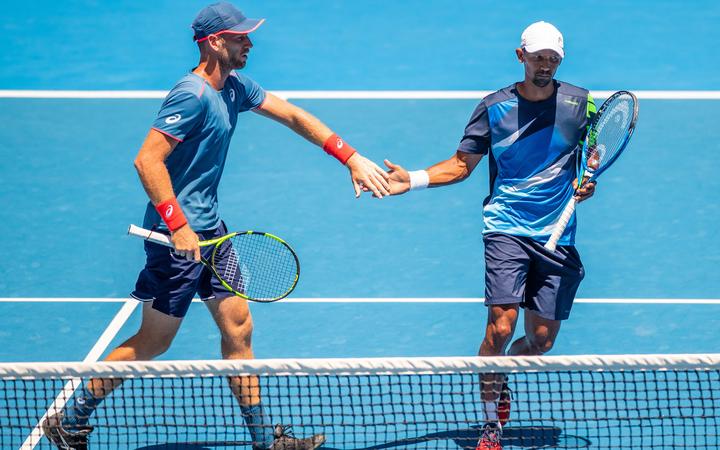 The 3rd seeds have beaten 2nd seeds Poland's Lukasz Kubot and Brazil's Marcelo Melo 6-2 7-6 in 1 hour and 18 minutes in the semifinals.

They won the Halle grass court title in Germany before Wimbledon beating Kubot and Melo in the final and this result will leapfrog them over their opponents to third in the race to qualify for the elite eight team field at the ATP World tour Finals in London in November.

Venus and Klaasen broke serve twice in the opening set and although faced three break back points in their opening service game, were dominant on serve throughout dropping just four points on serve in the set, while they returned superbly, evident by the fact Kubot and Melo lost all five second service points in the set.

That trend would continue in the second set with the second seeds only able to win 8 of 23 2nd serve points in the match.

Venus and Klaasen then won the next five points to close out an impressive victory.

They will face the experienced pair of Dutchman Jean-Julien Rojer and Romanian Horia Tecau for the title.

It's a performance that enhances their reputations as one of the very best doubles combinations in the world. However the pair won't play at next week's ATP 1000 tournament in Montreal.

Klaasen has had visa issues and has had to pull out of the tournament.

Last year Venus and Klaasen reached the final in Toronto. Venus is instead teaming up with Artem Sitak's former partner Austin Krajicek and they are unseeded.

They face the Austrian pair of Jurgen Melzer and Oliver Marach in the first round. Venus and Klaasen will resume their partnership the following week in Cincinnati.