Smith and Warner had a taste of what to expect during Australia's World Cup semi-final loss to England at the Birmingham venue.

The batsmen were booed throughout the match prompting India skipper Kohli to come to the defence of Smith and calling on his nation's fans to stop their booing and chants of "cheater". 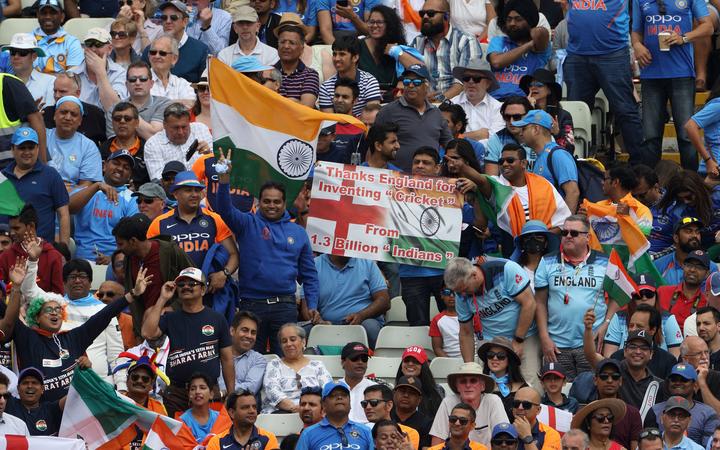 Australia coach Justin Langer, having previously made an unsuccessful plea for the booing to stop.

England batsman Joe Denly, noted "if it was the other way around and we were going out to Australia, I'm pretty sure we'd hear a lot about it".

"After a few beers, I'm sure the Aussies might get a little bit of stick," Denly said, also confirming he will bat No.4 in a rejigged order that has Joe Root at first drop.

"I'm sure the Aussies might hear a little bit about sandpaper-gate throughout the series."

England paceman Stuart Broad, made Public Enemy No.1 in 2013-14, knows all too well how intense crowd abuse can be on an Ashes tour.

Darren Lehmann, coaching Australia and unhappy with Broad's conduct in the preceding Ashes series, called on the "Australian public (to) give it to him right from the word go for the whole summer ... I hope he cries and he goes home".

Fans responded to the rallying call, 'Stuart Broad is a s...... bloke' shirts proved all the rage at grounds around the country.

"I've been through that booing aggression from the Aussies. It dies off," Broad said.

"At Birmingham, there's no doubt the crowd will boo, as we saw in the World Cup semi-final.

"But if they perform, there will be no one booing come the fourth Test."

Broad suggested his team "wouldn't go down the route", when asked if the ball- tampering saga could be used as sledging fodder.

Langer praised Smith and Warner's response to the boos, in terms of both batting and behaviour, during the World Cup and expected more of the same in the five- Test series.