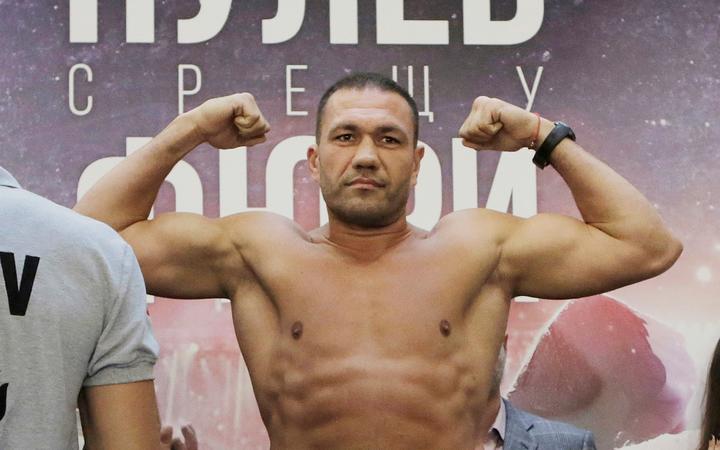 Pulev kissed Ravalo when she was interviewing him after a fight in California in March.

But CSAC added that his licence would be "permanently revoked" if he commits a similar act again.

"With today's ruling, CSAC has continued to demonstrate that it will not stand for the denigration of women in the sports community," said CSAC executive director Andy Foster.

"We believe Mr Pulev understands the gravity of his violation against Ms Ravalo and we expect Mr Pulev will abide by the terms of his licence reinstatement."

"And I must to say to Mrs Ravalo, please, excuse me and sorry for the kiss, because it was my mistake, 100%."

In a statement released at the time Ravalo, who works under the name Jenny SuShe, said: "Mid-interview he grabbed my face and kissed me. I was immediately shocked and embarrassed, and didn't know how to respond.

"Next, I walked to the table to put my items in my backpack. He grabbed both of my buttocks and squeezed with both of his hands. Then he walked away without saying anything to me and laughed.

"It made me feel uncomfortable and frustrated that Kubrat Pulev would treat me in such an unprofessional manner. I did not encourage or consent to Mr Pulev grabbing my face, kissing me, or grabbing my backside.

"I was there at the event covering the boxing match as a professional member of the press. Kissing a woman on her lips without her consent and grabbing her is not acceptable."

She added: "No woman should be treated this way."

Pulev later tweeted: "Jenny is actually a friend of mine, and after the interview, I was so elated, I gave her a kiss.

"Later that night, she joined me and my other friends at my post-fight celebration.

"On the video, after our kiss, we both laughed about it and thanked each other. There really is nothing more to this."