The Black Ferns have made three changes to their squad for August's two-test series against Australia. 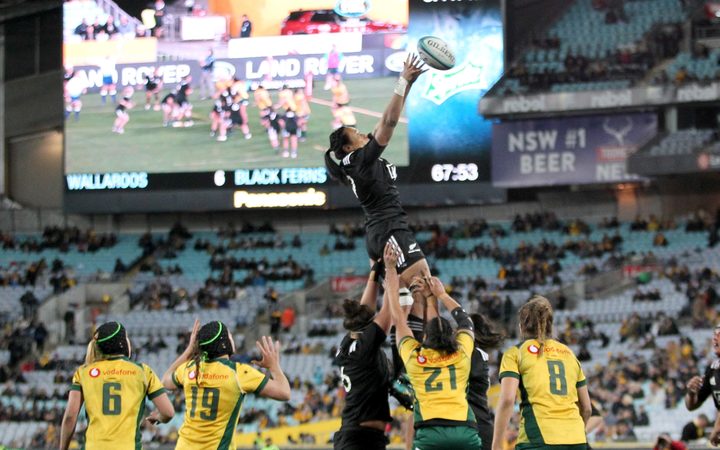 Canterbury's Brooker has been named in the travelling squad for the first time, while Wellington's Patea-Fereti rejoins the squad in 2019, returning from injury.

Otago's Moata'ane, although named in the Black Ferns twice previously, was ruled out on both occasions due to injury.

The Black Ferns play in Perth (10 August) and Auckland (17 August) for the Laurie O'Reilly Memorial Trophy as part of double-header matches with the All Blacks for the Bledisloe Cup Test series with Australia.

The squad for the Laurie O'Reilly Memorial Trophy (number of caps in brackets, uncapped players in bold) is:

Coach Glen Moore said Patea-Fereti made a significant contribution to the side in 2018 and he was pleased to include her in the Laurie O'Reilly series now that she was back playing club rugby following an injury earlier in the year.

"Jackie has a wealth of experience in the lineout, she's versatile and brings physicality. She was a major asset to the team last year and we're very pleased she's back."

Twenty-year-old Brooker has been in the wider Black Ferns squad for the past two years and impressed at training camps and provincial level.

"Grace had an outstanding season for Canterbury last year and her selection is thoroughly deserved. She's a huge talent and can play at midfield and fullback and we're excited to see what she can bring at this level."

Otago's Moata'ane is also a step closer to making her Black Ferns debut after twice being selected previously only for late injuries to prevent her from taking her place in the squad.

"Kilisitina has demonstrated fantastic resilience to continue to train hard and secure her spot, despite her setbacks. We're looking forward to giving her an opportunity in the black jersey."

Moore said bringing in new players gave the team a chance to try new combinations and continue to build depth at Test level.

The Black Ferns returned to New Zealand from San Diego with the Women's Rugby Super Series 2019 trophy after three wins against Canada, USA and England, and a loss against France.

Moore said the team had improved during the series and would need to be prepared for a very competitive Australian side.