Latest - Wellington Saints completed an unbeaten season by coming from behind to beat Hawke's Bay 78-68 in the National Basketball League final in Christchurch. 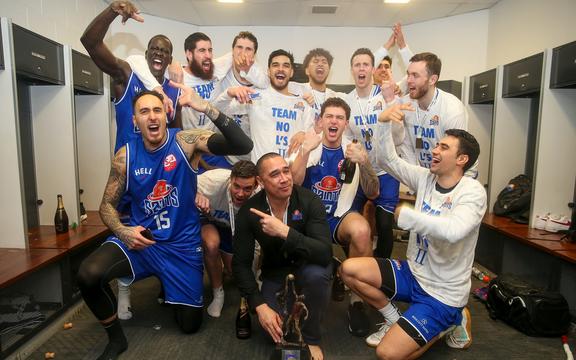 Saints were behind by 10 entering the final quarter.

Eleven straight points in the fourth put the Wellingtonians in front for the first time in the ball game, erasing what was once a 21-point deficit to a then one-point lead.

New Zealand driver Scott Dixon finished second for the fifth time this season in the Indycars, coming home behind Josef Newgarden in the latest round in Iowa. 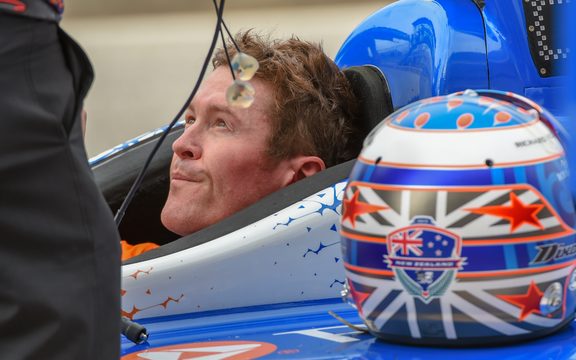 The five-time IndyCar Series champion has now finished first or second in 90 of his 316 career starts.

"Huge credit to the team," Dixon said. "They (left) me out pretty long before the last caution. It enabled us to stay on the lead lap, get that lucky yellow, get new tires. (We) had a good restart, were able to (pass) some cars. ... We were actually probably going to be happy with a top 14 or 15 (finish), so that was pretty stellar."

Dixon is fourth in the overall standings, 98 points behind Newgarden.

Thibaut Pinot emerged as the strongest of the main contenders to win the Tour de France after dominating his rivals for the second successive day in the 15th stage, a 185-km mountain battle won by Briton Simon Yates.

The Frenchman, who claimed victory at top of the iconic Col du Tourmalet yesterday, left everyone gasping for air with a brutal attack seven kilometres from the finish in the final ascent to the Prat d'Albis.

He crossed the line 33 seconds behind Yates, who prevailed from the day's breakaway for a second stage win as his fellow Briton, defending champion Geraint Thomas lost further ground.

France's Julian Alaphilippe was among those dropped but he retained the overall leader's yellow jersey going into Monday's second rest day.

Alaphilippe still leads Thomas by one minute 35 seconds, Dutchman Steven Kruijswijk by 1:47 and fourth-placed Pinot by 1:50.

No Frenchman has won the Tour de France since Bernard Hinault claimed the last of his five titles in 1985.

No Kolisi for Rugby Championship

Springbok captain Siya Kolisi will take no part in this year's Rugby Championship after he was left out of the squad for their remaining matches away in New Zealand and Argentina.

Loose-forward Kolisi is recovering from a knee injury sustained for the Stormers in Super Rugby in May, with his priority now to be ready for the Boks' opening game of the Rugby World Cup in Japan against New Zealand on Sept. 21.

The Boks announced a 36-man tour party for both games, with the team to camp in New Zealand after Saturday's clash in Wellington, and then head to Argentina for their final game of this year's competition in Salta on Aug. 10.

Loose forward Marco van Staden and utility back Dillyn Leyds were released to their franchises in other changes from the squad that defeated Australia 35-17 in their championship opener at Ellis Park on Saturday.

Bok coach Rassie Erasmus sent 14 players to New Zealand on Thursday, before the Wallabies test, with a further eight leaving on Saturday evening.

Manly have signalled their top four intentions in the NRL with a resounding 36-24 victory over Parramatta.

The Sea Eagles were 12-6 down after 15 minutes but raced in the next seven tries to make a mockery of the fifth-versus-sixth contest.

He was well-supported by star Tom Trbojevic, who ran a game-high 250 metres, set up one try, and scored one himself in yet another scintillating performance.

The victory consolidates the Sea Eagles' grip on fifth spot on 22 points, two behind the third-placed Sydney Roosters and fourth-placed Canberra.

It also sets up a tantalising road trip to face ladder leaders Melbourne next week.

Tottenham Hotspur striker Harry Kane scored what he called "one of the best goals" of his career to beat Italian champions Juventus 3-2 at the International Champions Cup contest in Singapore.

Kane capitalised after team mate Lucas Moura nicked the ball deep into injury time, allowing the striker to thump it from the halfway line high into the steamy night and over the head of Juventus' back-pedalling goalkeeper Wojciech Szczesny.

His goal completed a comeback after Cristiano Ronaldo put Juventus 2-1 in front.

"It is probably one of the best goals of my career," Kane said.

"I could see in parts of the game the keeper was off the line. I thought if I get a chance to shoot, I'll shoot and thankfully it went in."

Sun Yang claimed a record fourth straight 400 metres freestyle title at the world championships in South Korea but the bitterness over the Chinese swimmer's doping record spilled over to the medal ceremony as runner-up Mack Horton of Australia refused to take the podium.

Horton, who has had a very public feud with Sun, labelling him a "drug cheat" before beating him in the Rio final in 2016, came home just 0.73 behind the Chinese, with Italy's Gabriele Detti third in 3:43.23.

Sun was cleared by a FINA doping panel of breaching the governing body's rules earlier this year but the World Anti-Doping Agency is seeking to overturn the decision at the Court of Arbitration for Sport.

Elsewhere Britain's Adam Peaty became the first to swim the 100 metres breaststroke in under 57 seconds, setting a world record of 56.88 in the semi-finals.

The Olympic champion, who is unbeaten in the event over the last five years at major championships, lowered his own mark of 57.10 set in Glasgow last year.