Yesterday it was revealed that a crowd-funding campaign has been launched to raise around $100,000 to secure the naming rights to the Basin Reserve for two years. 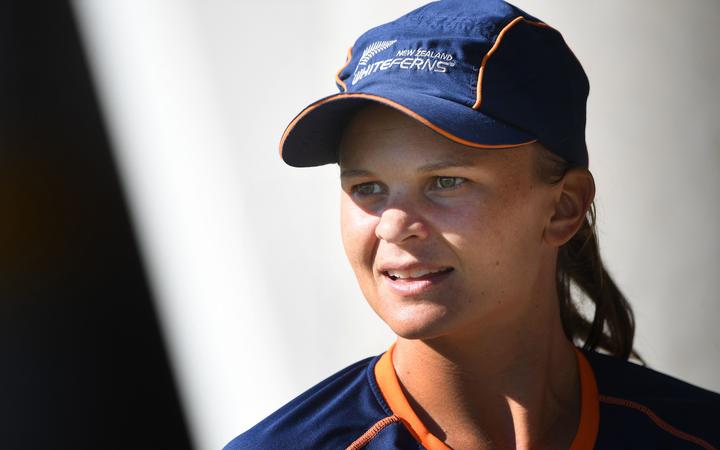 Being New Zealand's most prolific female cricketer, RNZ asked Suzie Bates for her thoughts on the name change, this is her response:

It's hard to think that one of our most iconic cricket grounds is considering a name change.

But anything that draws people's attention to women's sport and gets them talking about it, in my opinion is a good thing.

Unfortunately at times we still have to go to this extent to create more awareness about female athletes in New Zealand even though we have such a proud history of female athletes performing on the global stage.

I have always been passionate about encouraging people and organisations to value their sportswomen more because of how important they are as role models in this country.

Athletes, regardless of gender need to be celebrated and supported in the same way as their male counterparts and this is just another step towards creating more awareness and showing that Wellington is right behind their female athletes and other females involved in sport around the country.

We have made some great strides recently but we still have a long way to go. The name proposal leaves no uncertainty around the purpose of the campaign and will get people talking about women's sport and what we need to continue to do to promote female athletes in this country.

*Suzie Bates is the former captain of the New Zealand women's cricket team and opening batter for the White Ferns. She was named the Wisden Leading Woman Cricketer in the World in 2015, became the first cricketer, man or woman, to score more than 3000 runs in international Twenty20 matches and has a batting average of 42.64 in One Day Internationals.