The Silver Ferns enjoyed a huge 78-25 win over Barbados in their second match of the Netball World Cup after another accurate shooting display and more intensity on defence. 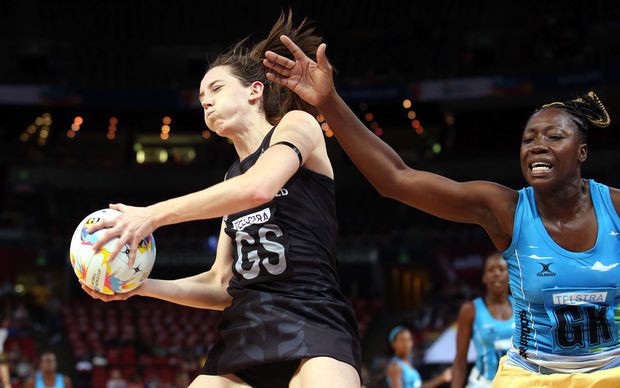 Recalled shooter Bailey Mes got her first court time of the tournament in Liverpool, starting at GS.

Shannon Saunders started at WA, and Katrina Rore had half a game at WD.

Mes missed her first shot, but gathered quickly and finished with 30 from 33 after three quarters, before being shifted to WA.

Maria Folau, Ameliaranne Ekenasio, and Te Paea Selby-Rickit all had time at GA before Folau went into GS for the final quarter.

Shooting has let the Ferns down in recent years but it appears they may have turned a corner. The side put in a 91 percent effort against Malawi and also enjoyed good shooting accuracy in the recent Cadbury home series.

Coach Noeline Taurua made a number of changes for the second quarter.

Gina Crampton entered the game at WA with Saunders shifting to C, giving Laura Langman a rest on the bench.

Phoenix Karaka also came on at GD to give another veteran Casey Kopua a break.

It was a mammoth second quarter for the Silver Ferns, taking it 26-5.

New Zealand created a lot of turnovers on defence, picking up 18 intercepts in total for the game.

Barbados were better in the third quarter, going down 19-6. Shooter Shonica Wharton was a bright spark for the Caribbean side, taking some impressive shots from distance.

In a sign that Taurua is still exploring her options at WA, Mes, who hasn't been spotted in that position for a long time, filled that role in the final quarter.

Amid all the changes, Jane Watson was the one constant at GK and finished with 6 intercepts and 4 deflections. 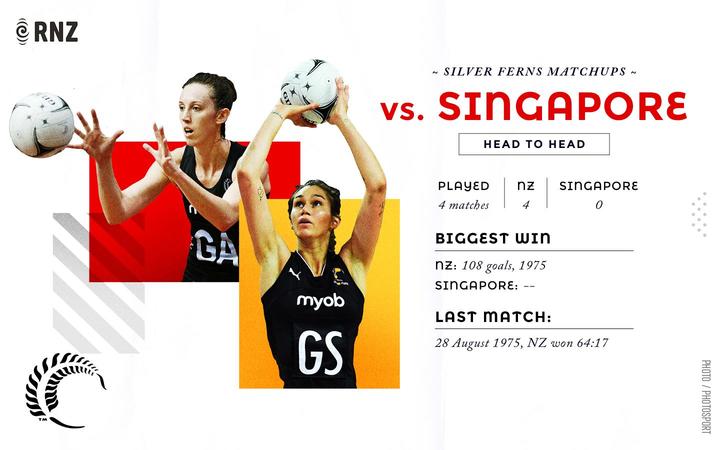